Brandon Taubman reportedly shouted, “Thank God we got Osuna! I’m so f------ glad we got Osuna!” during the locker room celebration. 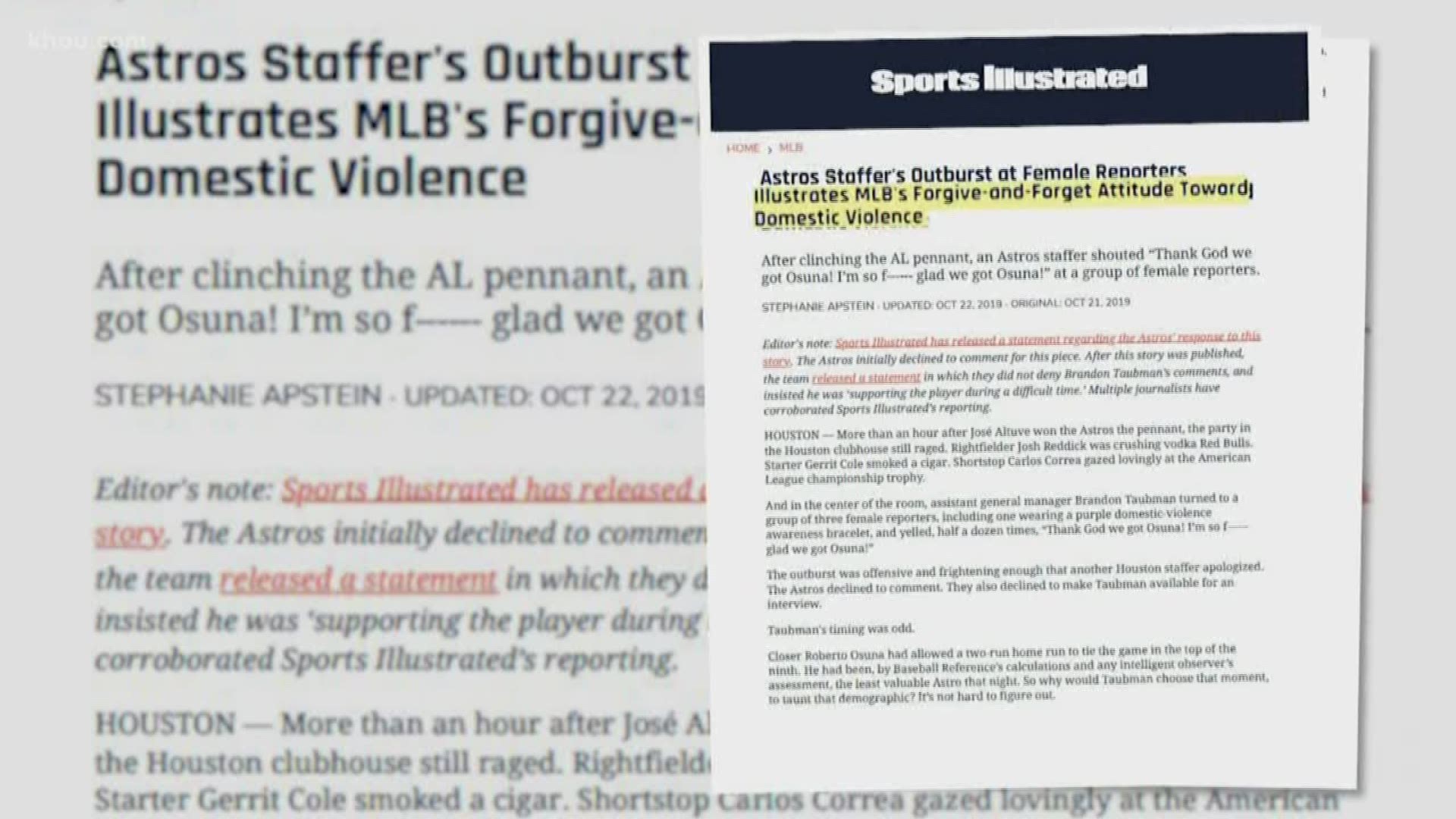 Luhnow (pictured) discussed the incident on SportsTalk790 Wednesday, saying we may never know Taubman’s intent, because “the person who said them, and the people who heard them, at least up to this point, have very different perspectives.”

The Houston Astros issued a response to a scathing Sports Illustrated article Tuesday.

SI writer Stephanie Apstein said after the Astros won the American League Championship Saturday night that Taubman shouted, “Thank God we got Osuna! I’m so f------ glad we got Osuna!” during the locker room celebration.

“This past Saturday, during our clubhouse celebration, I used inappropriate language for which I am deeply sorry and embarrassed. In retrospect, I realize that my comments were unprofessional and inappropriate. My overexuberance in support of a player has been misinterpreted as a demonstration of a regressive attitude about an important social issue. Those that know me know that I am a progressive and charitable member of the community, and a loving and committed husband and father. I hope that those who do not know me understand that the Sports Illustrated article does not reflect who I am or my values. I am sorry if anyone was offended by my actions. ”

“The Astros continue to be committed to using our voice to create awareness and support on the issue of domestic violence. We not only ensure mandatory training annually for all of our employees, we have also created an important partnership with the Texas Council on Family Violence, and have raised over $300K through our initiatives to help various agencies providing important support for this cause. We fully support MLB and baseball’s stance and values regarding domestic violence.”