Economists: World Series could bring up to $9 million per game for Houston

That figure could reach $24 to 36 million if four games are played in Houston. 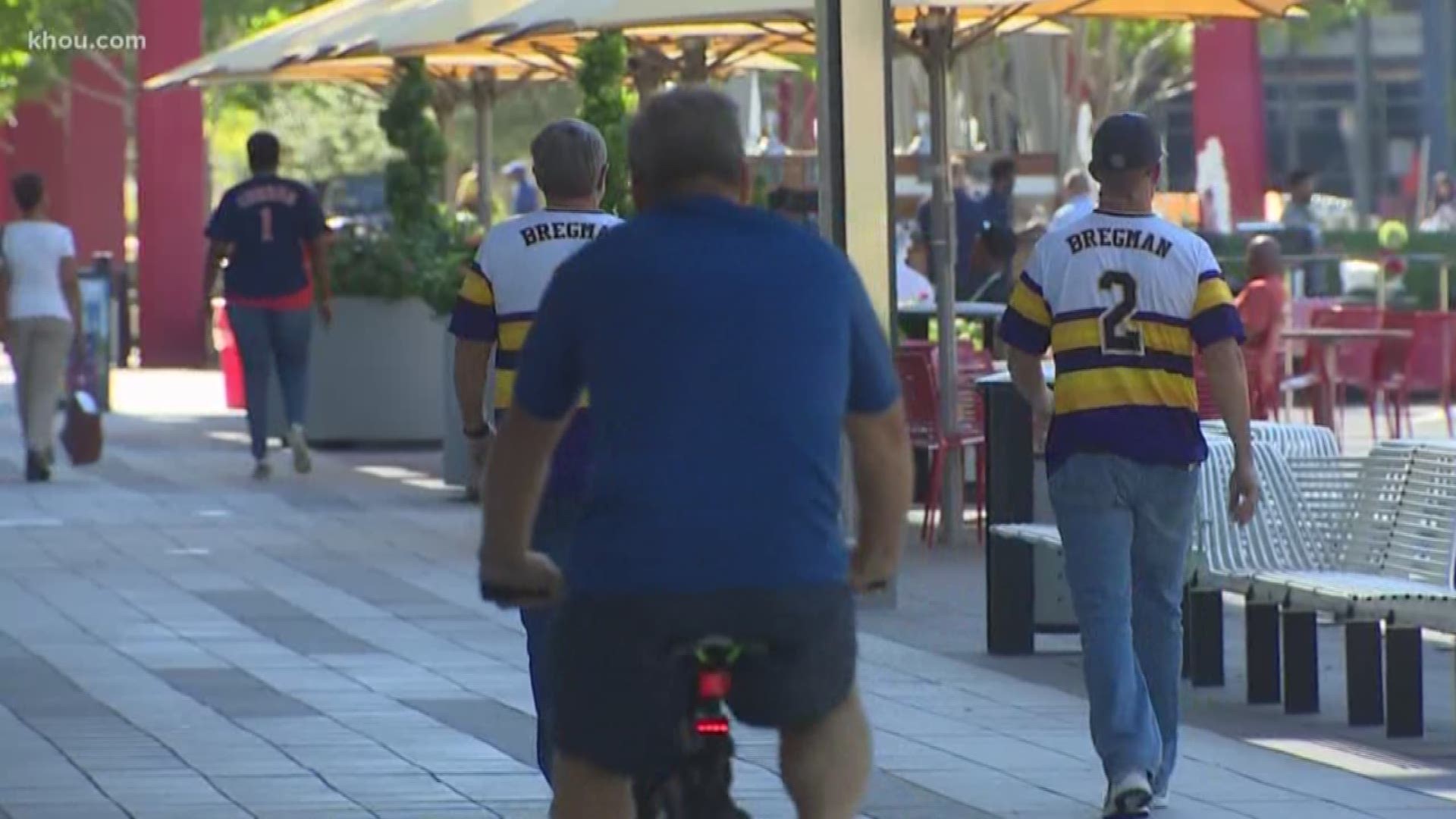 HOUSTON — Economists from the Greater Houston Partnership are predicting the World Series could pump between $6 to $9 million, per game, into the city's economy.

Patrick Jankowski, Senior Vice President of Research and Regional Economist for the Greater Houston Partnership, says the typical visitor will spend about $1,000 per game.

"That includes money spent on transportation to and from Houston, money spent on hotels, money spent in bars and restaurants, money spent picking up maybe a museum, buying some tchotchke, buying a round of drinks for all your friends every time the Astros hit a home run," said Jankowski.

That figure, which could total $24 to 36 million if four games are played in Houston, also factors in free, positive advertising for Houston that could draw in future visitors.

"Anytime we can project an image of Houston with a day like today, nice sunshine, temperature in the mid-70s, with people having a good time, that's advertising you can't pay for,” said Jankowski.

Longtime Astros fan Lance Martin and a co-worker traveled from Colorado and Florida to attend the game.

Mike Adams, a Washington Nationals fan visiting from the D.C. area, said he has no budget.

“Whatever it costs, whatever it takes,” said Adams, estimating he’ll spend around $1,500 on the trip. “I’ll be back for games six and seven next week too!”

Jankowski estimates only about ten percent of the people in the stands for the World Series travel from out of town, including other parts of Texas.

Houston native Katrina Wilson and her two adult children were planning to spend big money at a nearby bar during the game.

“It’s H-town, remember?” said Wilson. “We do it big. Everything’s bigger in Texas!”

Jankowski also says estimating the World Series’ economic impact is not an exact science and relies on previous studies and past data.

“This is not like the Super Bowl,” said Jankowski. “Everybody knew years in advance where the Super Bowl was gonna be played. You have corporations that bought up blocks of rooms. You had all these great hospitality suites. We only knew two or three days ago that we were going to be playing in Houston for a World Series.”

Dr. Craig says an event like the World Series will have a bigger impact in Houston that more popular tourist destinations like New Orleans or Florida.

“Because we’re not a very big tourist town, we’re not displacing tourists."