Brandon Taubman came under fire for inappropriate comments he made during the team’s clubhouse celebration. 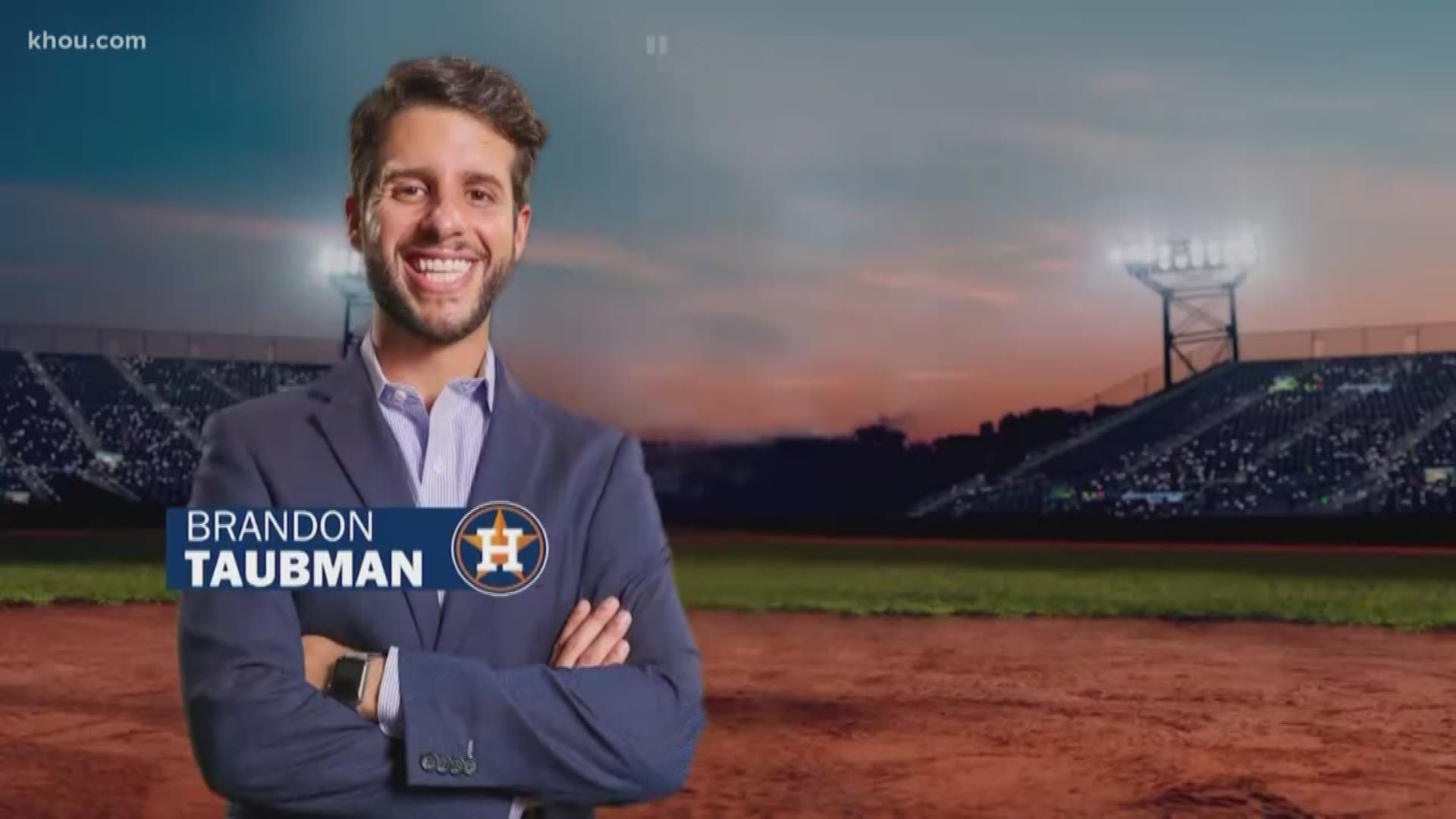 HOUSTON — The Houston Astros have fired Brandon Taubman, the assistant general manager who came under fire for inappropriate comments he made during the team’s clubhouse celebration.

The Astros released the following statement:

“Our initial investigation led us to believe that Brandon Taubman’s inappropriate comments were not directed toward any reporter.   We were wrong.  We sincerely apologize to Stephanie Apstein, Sports Illustrated and to all individuals who witnessed this incident or were offended by the inappropriate conduct.  The Astros in no way intended to minimize the issues related to domestic violence.

“Our initial belief was based on witness statements about the incident.  Subsequent interviews have revealed that Taubman’s inappropriate comments were, in fact, directed toward one or more reporters. Accordingly we have terminated Brandon Taubman’s employment with the Houston Astros.  His conduct does not reflect the values of our organization and we believe this is the most appropriate course of action.

“We are thankful to Major League Baseball and to everyone that cooperated in the investigation.  As previously stated, the Astros are very committed to using our voice to create awareness and support on the issue of domestic violence.   We fully support MLB and baseball’s stance and values regarding domestic violence.  We will continue to make this cause a priority for our organization.”

How many teams have come back from 0-2 to win the World Series?