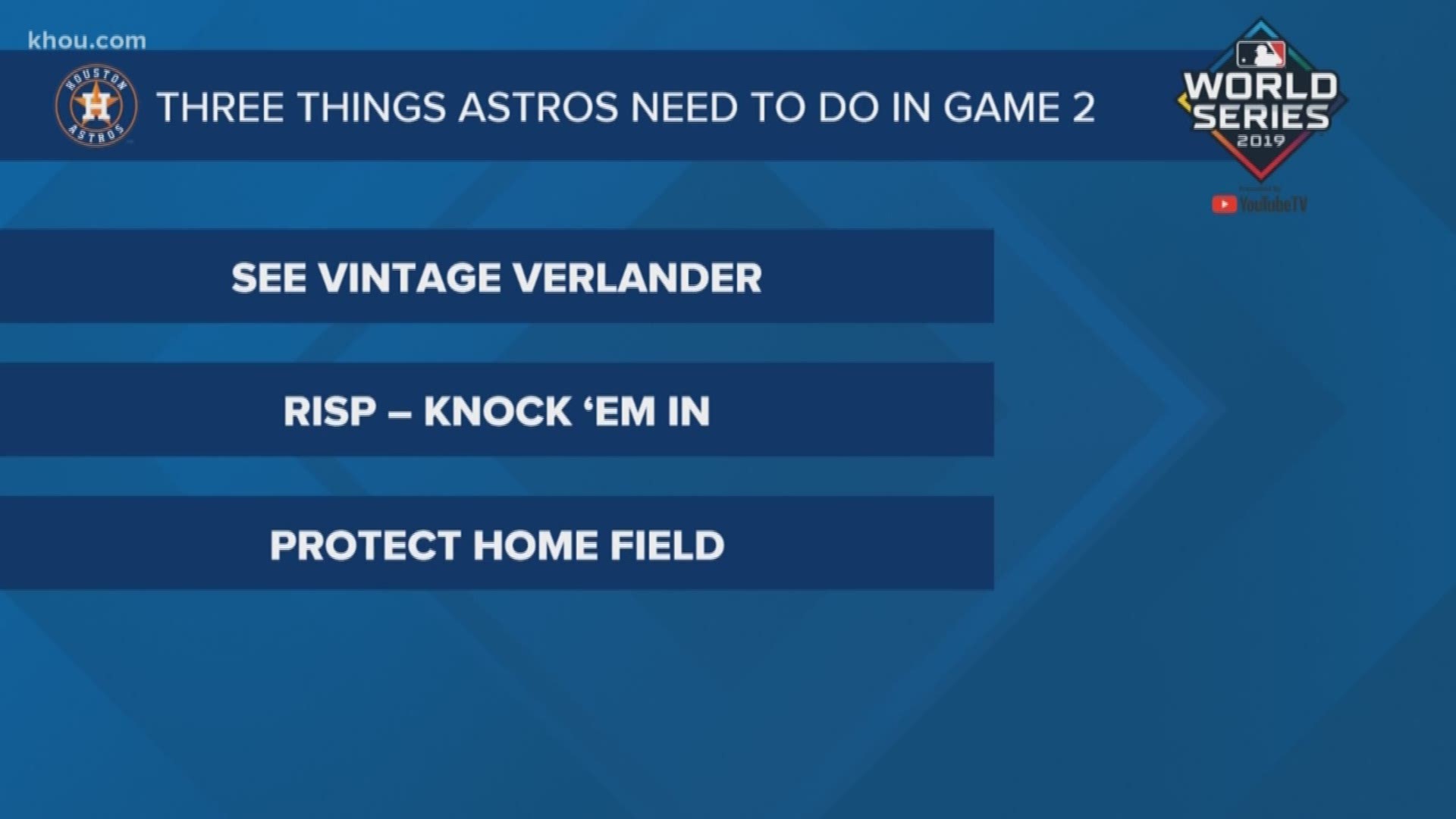 HOUSTON — If the Houston Astros have their MVP back to MVP form, the Nationals’ pitchers are going to have their work cut out for them.

Alex Bregman, who is a possible league MVP after his torrid second half of the season, had been in a postseason battling slump. but he may have broken out of it in the bottom half of the second inning when he took Stephen Strasburg deep to tie Game 2 of the World Series at 2-2.

RELATED: Astros walk-up songs: Here's the playlist the players use to pump them up

Bregman’s home run came after Houston native Anthony Rendon put the Nationals up 2-0 in the top of the inning with a two-run double.