Richard White says Mesquite's density and access make it the perfect location for its ninth team. 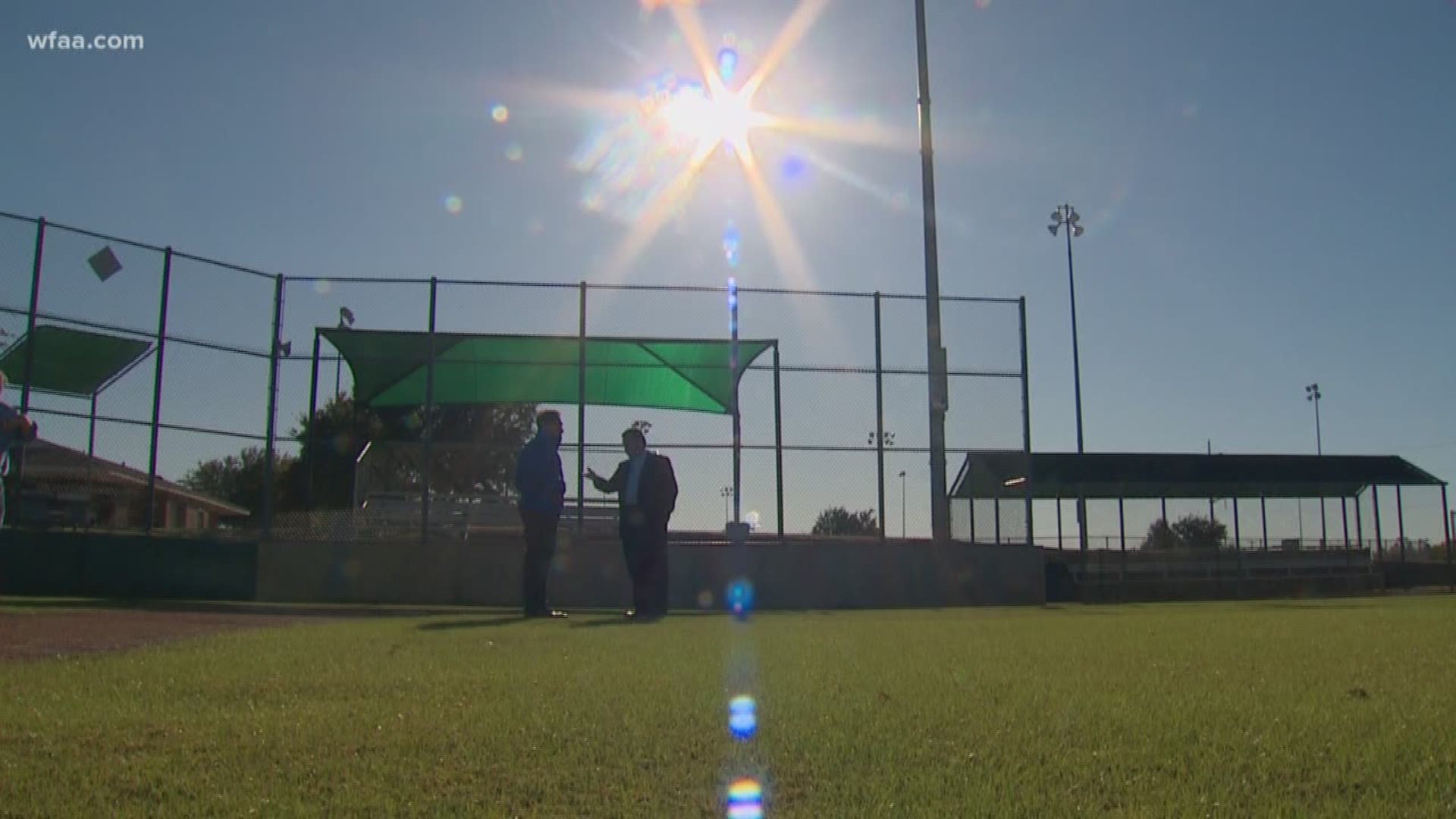 MESQUITE, Texas — This story has been updated with a statement from Mesquite City Councilman Bruce Archer, who is challenging Mayor Stan Pickett in the upcoming election.

The city of Mesquite may be one step closer to getting a minor league baseball team. The Atlantic League of Professional Baseball is a smaller independent league interested in having a team in North Texas.

The league currently has eight teams, the closest being in Sugar Land, Texas Both the league and the city of Mesquite have expressed mutual interest in making it happen, according to Mayor Stan Pickett.

It is still very preliminary and there are no commitments but league president Richard White says he is convinced that the city is committed to finding the funding for a ballpark.

The Atlantic also experiments with rules and equipment for Major League Baseball. The league has invested in a radar system that calls balls and strikes without an umpire. White says the league prides itself on being "innovative."

White says Mesquite's density and access make it the perfect location for its ninth team. Mayor Pickett says the city having a team can be a great economic driver.

White told WFAA that the ballpark could be a great fixture in the community and part of a larger mixed-used development. If approved the ballpark wouldn't open until 2021.

Pickett says he cannot put it into numbers just yet how much of an economic boom this minor league could be. But he urges people to consider the number of jobs that could be created and private-public partnerships that could be formed.

"We need more of that in Mesquite for our kids. I think it's more than just one group coming in and saying 'we wanna play ball.' I think it's something that encompasses our entire business community," said Pickett.

Pickett is running for re-election as mayor of the city.

Bruce Archer, a current city councilman, is also running for mayor. He said WFAA's story about the minor league baseball team was the first he heard of it.

"I see many positives, as well as opportunities, for both enhanced quality of life and real economic benefit," Archer wrote in a statement Sunday. He said he is "troubled" by the fact that this news has not gone to council.

"To be clear, this WFAA published article was the first time I had heard of this," he wrote. "As a council, we have not held any discussions, nor have we been briefed on the matter. I find this troubling. I am very open to a public-private partnership, but as a city, we need to weigh that with our many infrastructure needs.

"Lawson Road, a needed expansion of our animal shelter — those are just two examples of those needs. It's critical that when it comes to long term agreements that affect all the great citizens of Mesquite, that the whole council work together as one body, and that all elected representatives be kept informed. We ultimately speak as one voice for the people of Mesquite. I look forward to hearing more details about this very soon along with getting good citizen feedback and direction."