Smiley Speed is nothing to mess with. 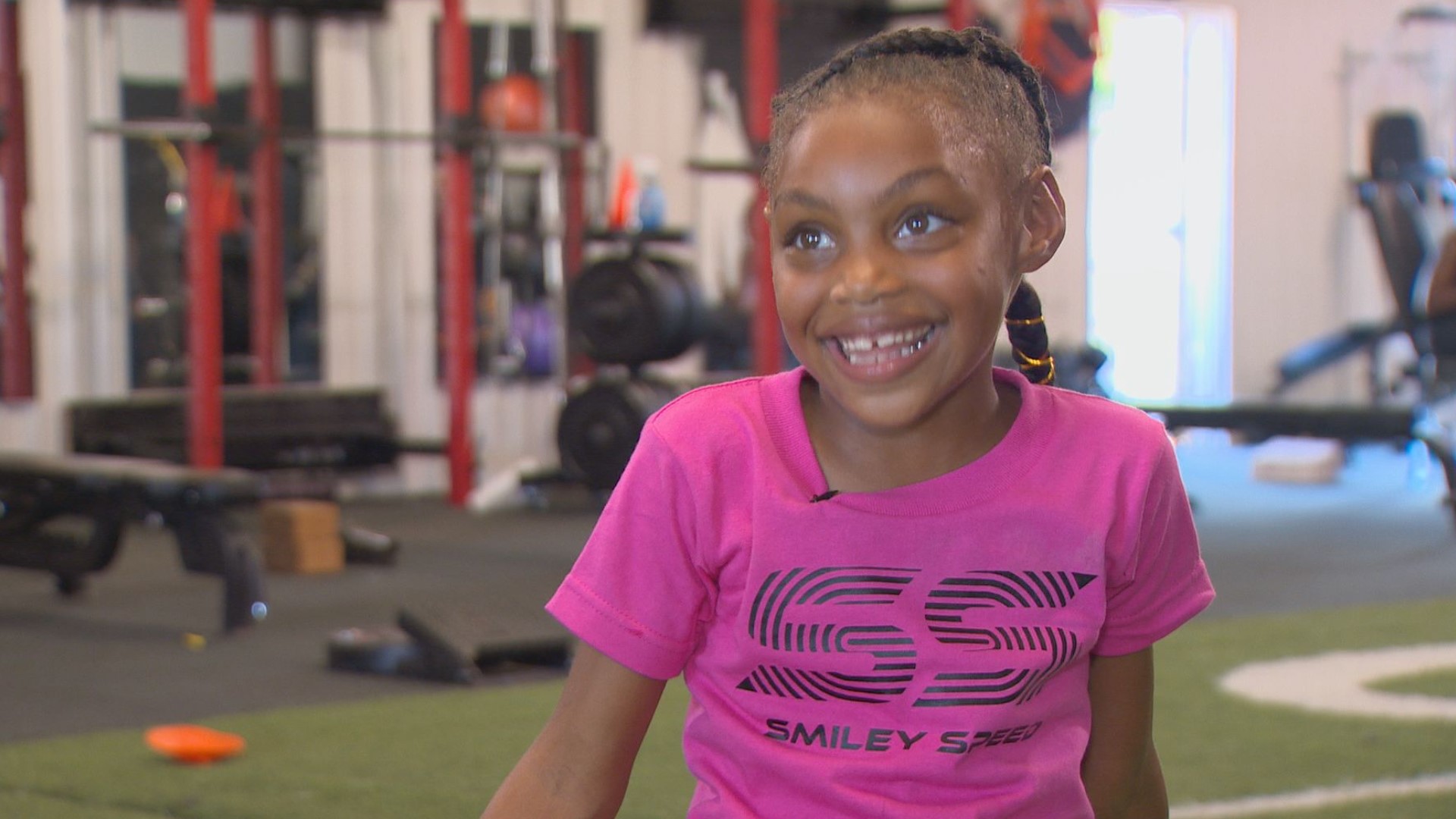 LANCASTER, Texas — The fastest six-year-old girl in the state of Texas resides in south Dallas.

Her name is Dakota White.

"When she knows she's ahead, she's smiling all the way," her father Cam White said while laughing. "Like, somebody gonna have to take this smile away."

Cam White comes from a multi-sport background. He was a four-star football prospect out of DeSoto High School and finished fourth in the state for long jump.

Cam went on to play wide receiver for a couple years at TCU and earned his degree in criminal justice. He now lives in Glenn Heights with his wife, Danielle, and three children.

Dakota is the middle child and their only daughter.

The coaching part has been a breeze.

"She loves to work," Cam said.

Dakota trains at Elite Sports University in Lancaster with her trainer Ryan Tennison.

"She never gives up," Danielle said. "No matter how hard the challenge is."

In late June, she finished first in the 400-meter dash at the Gulf Primary Championships in Houston. On July 13, Dakota competed in the AAU National Championships from Satellite Beach.

She placed third overall in the 100 meters and 200 meters as well. No one from the state of Texas finished faster in her age group.

"It feels cool and I love all my family," Dakota says with her contagious smile.

When she runs, she smiles.

When she's about to win, she smiles.

Basically, if she's smiling...it's over.

"She could get in trouble and still smile," Danielle jokes.

The smiling has led to the family-branded clothing Smiley Speed.

Because after the hard work of a training session, Cam and Danielle always reward their daughter with something to smile about.

Dakota hopes to take her family to the Olympics one day.

She certainly has the form, the talent and attitude to get there.