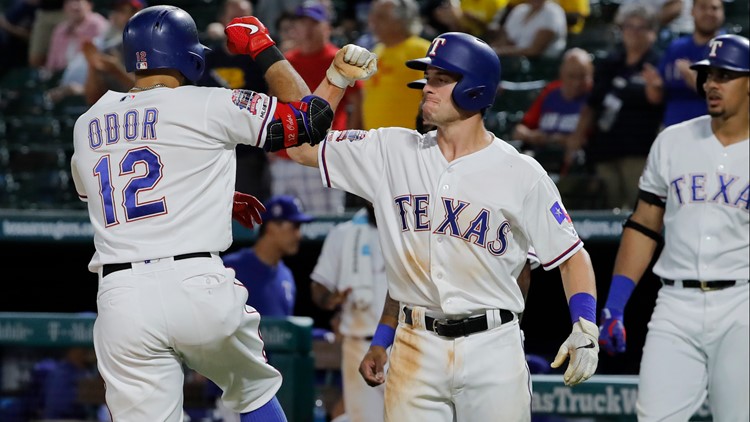 The Texas Rangers will go into the upcoming 2020 season with Rougned Odor as the likely starter at second base.

Odor has been in that spot for several years dating back to 2014. Considered a key cog of the future, Odor signed a contract extension in 2017 after he performed as a big part of the offense during the Rangers’ run as back-to-back American League West champions in 2015 and 2016.

From almost that moment on, Odor has struggled. Last season, he was able to launch 30 home runs for the third time in four full seasons while driving in 93 runs for Texas. However, despite the surface level offensive numbers, there is still a big issue with Odor for the Rangers.

Odor batted .205 in 2019 which is his second worst mark of his career. In 2017, the second baseman batted just .204. The Rangers are going to need more from Odor than just another season of hovering around the Mendoza line. This is especially true since Odor’s ability to reach base has never been his strong suit with a career OBP of just .293.

Despite the power numbers and strong fielding improvements, the lack of consistent hitting can no longer be ignored after many chances over several seasons to become a core piece to the team’s retooling effort. Should he stumble again, Odor might not be long for the starting lineup in Texas.

Another problem for Odor is that he has been an underperformer early in seasons for most of his career. His improvements in the second half of seasons has given hope that each following year will finally be the one where he puts together a full 162 game stretch of excellence.

There won’t be much wiggle room for Odor in 2020 if he comes out of the gate slow, however. Odor is considered to be a hard worker so you can expect him to have put in the effort this off-season to try to avoid another spring slump.

Unlike in previous seasons where the Rangers were pot committed to Odor, should the hard work not pay off, Texas has options. Infielder prospect Nick Solak might just be the guy who could unseat Odor at second, if he doesn’t steal playing time at third base.

Solak appeared in just 33 games for Texas a season ago after coming over in a mid-season trade with the Tampa Bay Rays, but his performance gives the team confidence that he could achieve success in a larger role for the Rangers in 2020. He batted .293 with five home runs and 17 RBI.

Those 33 games made a good enough impression to garner Solak the Rangers’ Rookie of the Year award. Couple that with a slash line of .347/.386/.653 in 30 games for Triple-A Nashville and there’s reason to believe that Solak is ready.

Once you extrapolate his 2019 big league numbers over a full season, he is closer to a 25 HR/80 RBI guy as a full-time starter. The slugging percentage would be close to Odor’s output but the OBP of 100 more points for Solak is a big jump for a team looking to get better in 2020.

The Rangers also recently signed Matt Duffy to a minor league deal with a chance to compete with Odor and Solak for duties along the infield. The potential options should be enough for second-year manager Chris Woodward to make a change from Odor if the team doesn't see improvement from the embattled incumbent.

With a lot to prove from both, the battle between Rougned Odor and Nick Solak might be the match-up to watch once Spring Training gets underway.

Do you think the Rangers should stick with Rougned Odor or is it time to see what Nick Solak can do? Share your thoughts with Patrick on Twitter @PatSportsGuy.