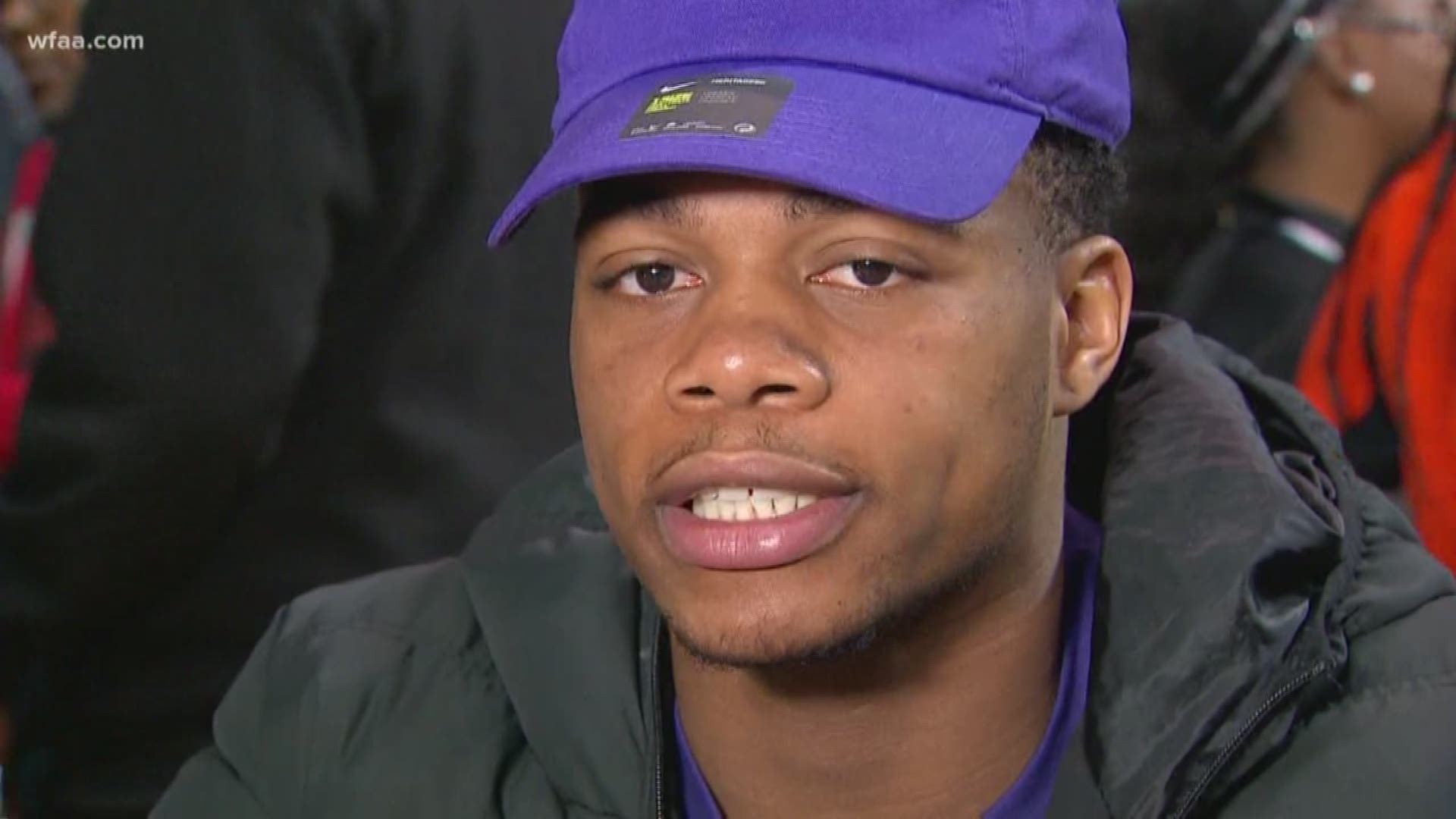 LANCASTER, Texas — Before the parades, the trophies and the confetti, there's a pen and a piece of paper.

National Signing Day: When thousands of high school kids across the country sign their college letters of intent. 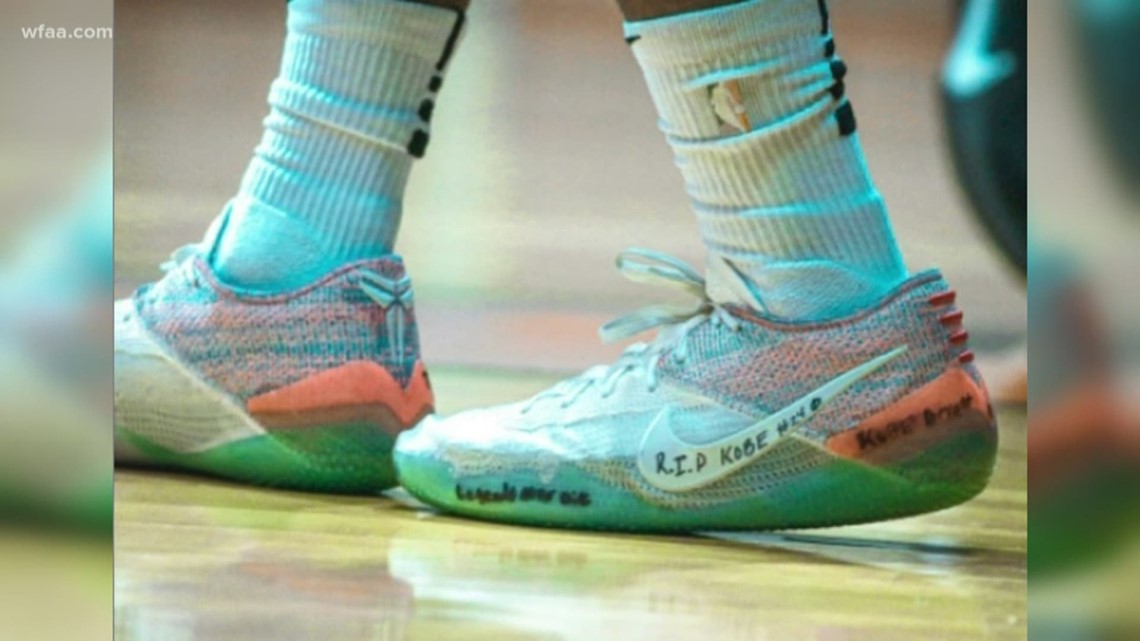 Lancaster senior Mike Miles gives 'Kobe' sneakers to young fan on opposing team
Mike Miles has more than 30 pairs of basketball shoes. "He got all types of shoes man," Lancaster High School head coach Ferrin Douglas said. "I think he got every color in the book." At practice, Miles sports pink and yellow Kyrie Irving sneakers, which is fitting since the senior has similar moves to the Brooklyn Nets star.

"If the national champions are recruiting you, that's a pretty tough deal to turn down," said Lancaster head football coach Chris Gilbert.

No kidding. This past season, the Tigers went undefeated and won the college football national championship.

Bradford is a four-star recruit and is ranked the No. 13 running back in the nation.

"It felt like a home to me," Bradford said when asked why he chose LSU. "I feel like I can be a player there."

LSU football has a couple dozen commits this year, but Bradford is the only running back and the only LSU commit from Dallas-Fort Worth.

"Of all the great players we've had here, Tre is my first Division 1 running back signee," Gilbert admitted. "He has a Sunday NFL skill-set."

Come June, Bradford will be in Baton Rouge. He will wear No. 2 and he also plans to run track.

"Just go in, work hard and wherever my work takes me, hey," Bradford said with a unique nonchalance.

Bradford is rather quiet, reserved and focused. That's thanks in part to not spending all his time on social media.

"His buddy, one of his teammates, was running his [Twitter] for him," Gilbert said.

What kind of teenager doesn't run his own social media?

Bradford had about 15 family members there to support him, including his mother Candy Henderson.

"It feels really good," Henderson said. "I made a lot of sacrifices being a single mother. We got through it and everything is working out how it's supposed to work out."

From Lancaster Tiger to LSU Tiger, thanks to the brush of a pen and a piece of paper.