With uncertainty at the defensive tackle position, Dallas Cowboys third-round pick Osa Odighizuwa has an opportunity to step up and earn playing time 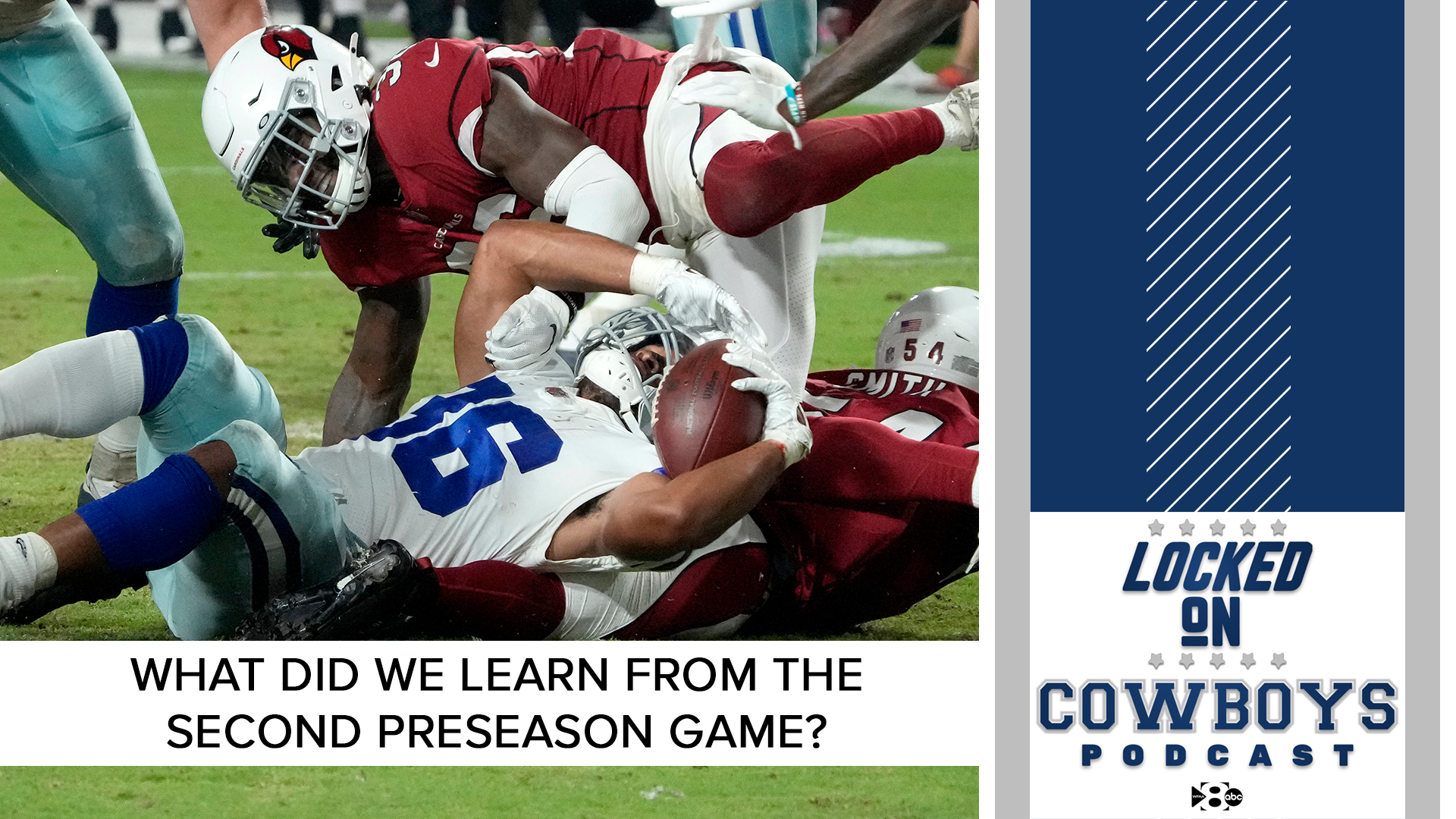 DALLAS — The Dallas Cowboys aren't in a good situation at defensive tackle.

Second-year defensive tackle Neville Gallimore sustained a dislocated elbow that will sideline him for the next four to six weeks, effectively ending his preseason. The Cowboys also don't know when Trysten Hill, their 2019 second-round defensive tackle, will be able to get to work.

It isn't as bad as it could have been with Gallimore; they will get him back early in the season. However, there is a gap at defensive tackle that the defense needs to address before and after they make it out of the preseason.

According to coach Mike McCarthy, the Cowboys will turn to rookies Osa Odighizuwa and Quinton Bohanna to hold forth through the wave of injuries at defensive tackle.

"I love the young guys in there, Osa and Bohanna," McCarthy said. "They've done very well with their opportunities."

Odighizuwa, a third-round pick from UCLA, is looking forward to playing more with the first team in the final two preseason games.

"I am getting more reps with the starters and the ones," Odighizuwa said. "So that is going to help me progress. I have to hold it down and nut up until [Gallimore] gets back. Be someone they can rely on. Be someone that can come in and hit the ground running to help us win."

Odighizuwa isn't going against air for those first team reps. The Cowboys have the ability to move veterans such as defensive end Brent Urban – who was a defensive tackle for the Chicago Bears last season – down inside to play tackle if the situation calls for it.

Said McCarthy: "The beauty of the veteran defensive line group, the veteran free agents that we signed, and the beauty of the rookie group is that they all have multiple technique and ability. So, I'm very confident we'll be very fine with those guys."

What helps Odighizuwa is his attitude of never being satisfied.

"I feel like I am taking steps in the right direction and making strides," Odighizuwa said. "I am not where I want to be. I am going to keep chipping at it and working on it."

Osa Odighizuwa has the same kind of visage that Ron Leary has.

The 6-2, 280-pound defensive lineman provided Dallas with three combined tackles and a tackle for loss in the Cowboys' 19-16 loss to the Arizona Cardinals in the second preseason game. Although it was a positive step for a rookie, Odighizuwa seeks more against the Houston Texans, who the Cowboys host Aug. 21 at AT&T Stadium.

"Just a higher level of play," Odighizuwa said of what he wants to see against the Texans. "Take it to another level."

Do you foresee Odighizuwa making an impact on the defense in his rookie campaign? Share your thoughts with Mark on Twitter @therealmarklane.

Can the Cowboys win the NFC East? | Locked On Cowboys