Luka Doncic had 46 points, including 29 in the first half, but he and the Mavs just ran out of gas down the stretch. 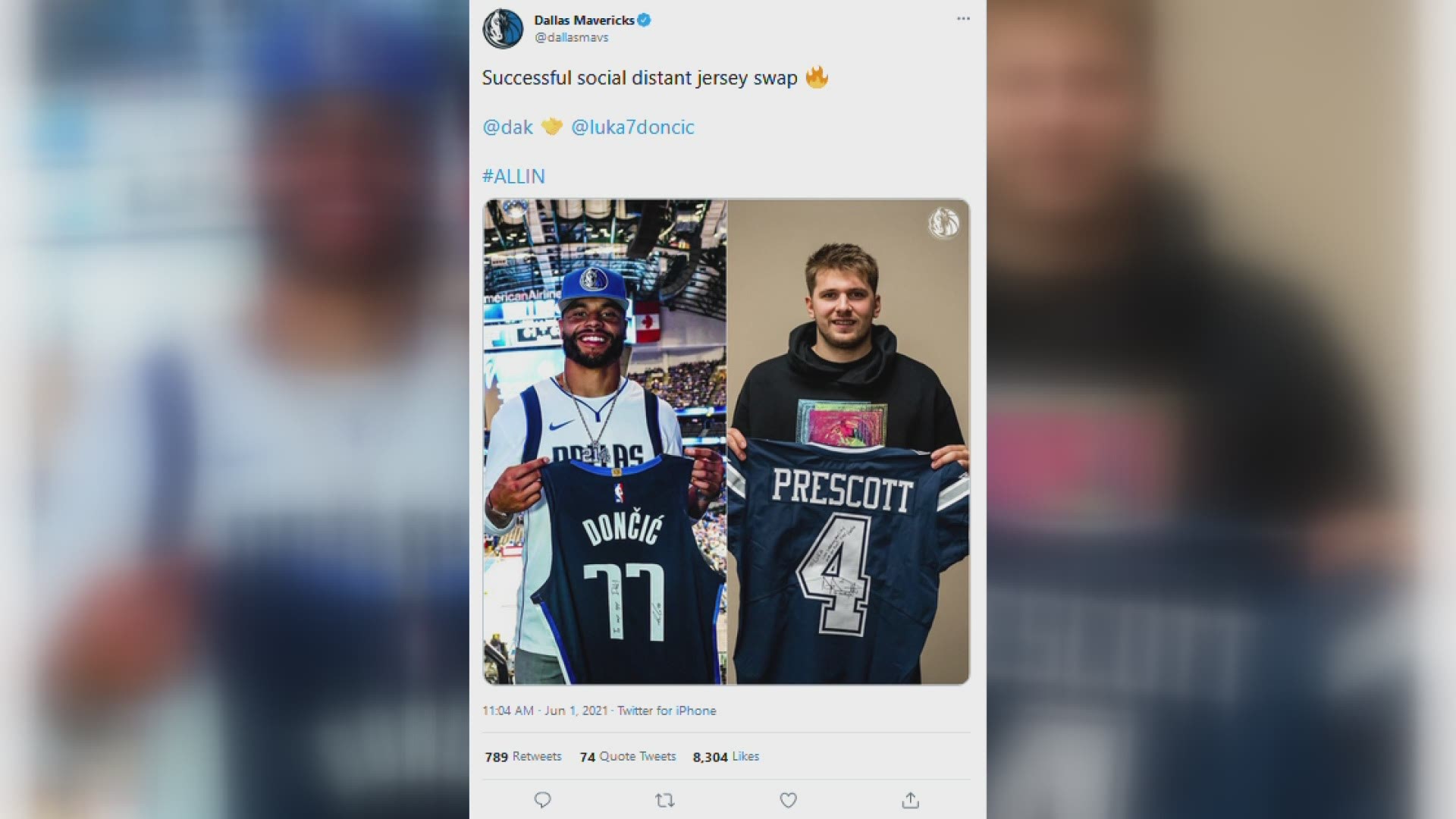 DALLAS — After a 2-0 series lead, the Dallas Mavericks allowed the Los Angeles Clippers to win four of the final five games of the series, to eliminate Dallas, winning Game 7 126-111, behind 28 points from Kawhi Leonard.

Luka Doncic had 46 points, including 29 in the first half, but he and the Mavs just ran out of gas down the stretch.

The Mavs came out of the second half break on fire.

Boban Marjanovic got an easy bucket in the paint, followed by a Dorian Finney-Smith three-pointer, and another triple from Tim Hardaway, Jr., and Dallas had cut a 70-62 Clippers lead to 72-70, just 1:15 into the third quarter.

A questionable goaltending call on Nic Batum gave Dallas two more points, and they had tied the game at 72, just moments out of a timeout.

After an exchange of buckets, Dallas then went on a 7-0 run, building an 81-76 lead behind another Marjanovic bucket, a Finney-Smith triple, and Porzingis draining a mid-range jumper.

It was the final moment of good vibes for the Mavs this season.

The Clippers would answer with a 24-2 run, erasing the five-point Mavs lead, and establishing a stranglehold on the lead that they wouldn't relinquish.

Marcus Morris was the lynchpin of the run, hitting a pair of threes on the front end of the run, as the Clippers quickly built a five-point edge.

The Mavs had a series of questionable offensive possessions and turned the ball over as LA pushed their lead bigger.

Morris continued to make big threes, Kawhi Leonard had an offensive rebound that the Mavs had no business allowing, leading to an and-one opportunity, and Luke Kennard hit a pair of threes to close out the third quarter, as Los Angeles went to the final stanza with a 100-85 advantage.

The Mavs would make a small run in the fourth quarter, cutting the lead down to 11, as Dorian-Finney Smith led a 13-5 spurt.

Another Dallas run of 13-3 would get the lead down to 7, with under three minutes to play, but that would be as close as the Mavs would get.

A Reggie Jackson three, followed by another triple from Morris would close the door, and officially put an end to the Mavs season.

The Clippers win the series four games to three and advance to the Western Conference Semifinals.  They will face the No. 1 seed Utah Jazz in the next round.

Doncic had a scorching hot first quarter, hitting on 6 of his first 8 shots of the game, and posting his second 19-point first quarter of the series.

Kristaps Porzingis had his best first quarter of the series, adding 8 points, and Dallas led 38-35 after the opening stanza.

The Clippers first quarter offense featured 13 points apiece from their two stars, Kawhi Leonard and Paul George, and one unexpected source, as Terrance Mann hit 5 of 7 shots to add 13 of his own. Los Angeles led by 8 after the first half, 70-62, thanks to a 35-24 edge in the second quarter.