Hosts Tony East and Adam Friedman discuss the Indiana Pacers path through the play-in tournament and their rotation in the upcoming high-leverage games. 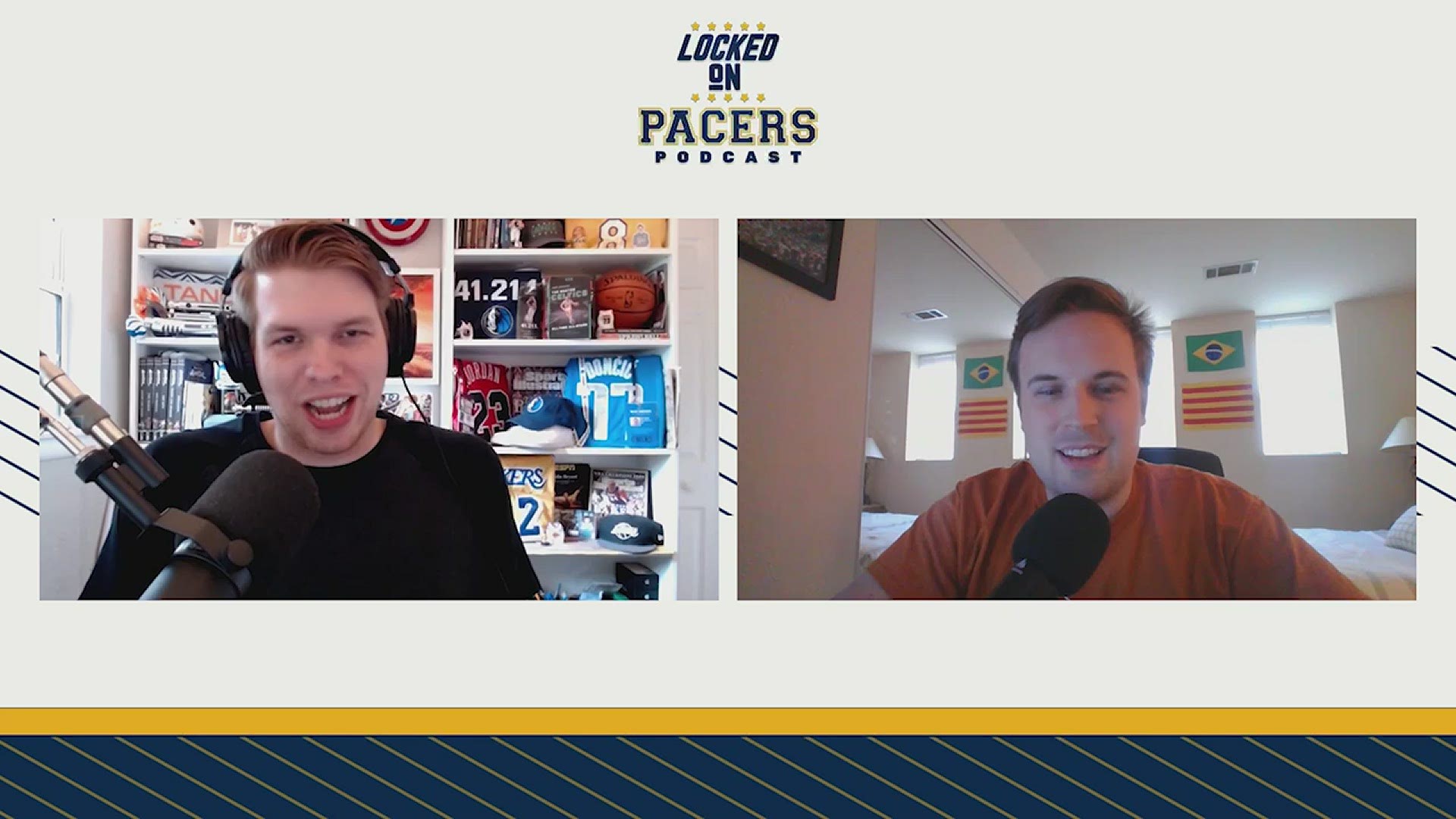 INDIANAPOLIS — On today's episode of Locked On Pacers, hosts Tony East and Adam Friedman break down the Indiana Pacers clinching the ninth seed and hosting a game in the play-in tournament. They also preview what the Pacers rotation could look like in the play-in game and preview the Pacers do-or-die matchup with the Charlotte Hornets.

With the Pacers win over the Raptors on Sunday, they locked up the ninth seed in the Eastern Conference and will host the Charlotte Hornets in the 9-vs.-10 play-in game. The play-in structure is new, but the Pacers need to beat the Hornets and another undetermined opponent if they want to make it into the playoffs.

"This is a March Madness-style game, it's do-or-die," East said of the play-in tournament structure for the Pacers.

Most NBA teams shorten their rotation when the games become more important, and the Pacers likely won't be an exception. Fewer Pacers will see action in the play-in games as the Pacers put their best foot forward, but injuries cloud what the best lineups for the blue and gold will be.

Can the Pacers take down the Hornets?

Indiana went 1-2 against Charlotte in the regular season, so they will need to be on their "A" game to take down the Hornets in this battle. The Pacers have typically had success on the interior against the Hornets, but Charlotte's guards are quick and effective. It will be a tough matchup for both teams.

"All the scouting of the Hornets, to me, is 'How do you slow down their three guards?'" East explained.

The Pacers and Hornets tip off at 6:30 p.m. on Tuesday, May 18 at Bankers Life Fieldhouse. If they win, Indiana will travel to face the loser of Tuesday's game between the Boston Celtics and Washington Wizards.

That game will be played Thursday, May 20 at 8 p.m. Both games will air on TNT.

Tickets for Tuesday's game may be purchased at www.pacers.com/tickets or the Bankers Life Fieldhouse box office, which is open Monday-Friday from noon-5 p.m.