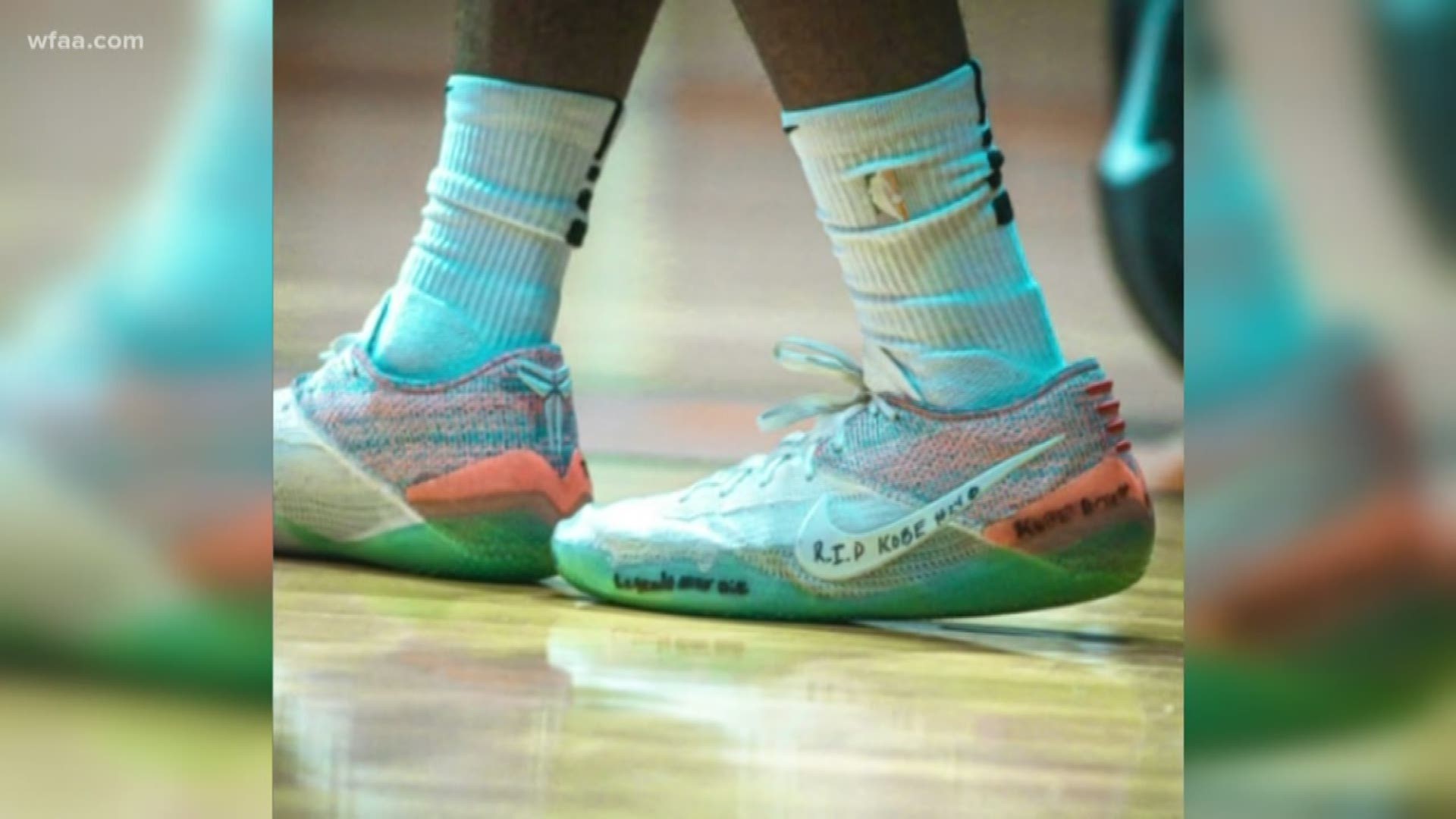 Mike Miles has more than 30 pairs of basketball shoes.

"He got all types of shoes man," Lancaster High School head coach Ferrin Douglas said. "I think he got every color in the book."

At practice, Miles sports pink and yellow Kyrie Irving sneakers, which is fitting since the senior has similar moves to the Brooklyn Nets star.

"He amazes us sometimes," Douglas admitted. "We just be looking at ourselves like, 'That was a bucket.'"

His nickname is Mike Mike. And his name has been known for almost a decade.

"He's been dominating since he was in the third grade," Douglas declared.

Mike Mike will not be traveling far.

Miles will play 40 miles away at TCU, so his family and friends can come see him play.

There were heavy hearts on Tuesday night as Lancaster hosted West Mesquite.

Both teams began the game with 24-second violations to pay tribute to basketball legend Kobe Bryant, who died 48 hours earlier.

After the game, Miles experienced a Kobe-like moment when a JV player from the opposing team approached him.

What brand of shoes were they?

Shaq broke down on TV while remembering Kobe Bryant