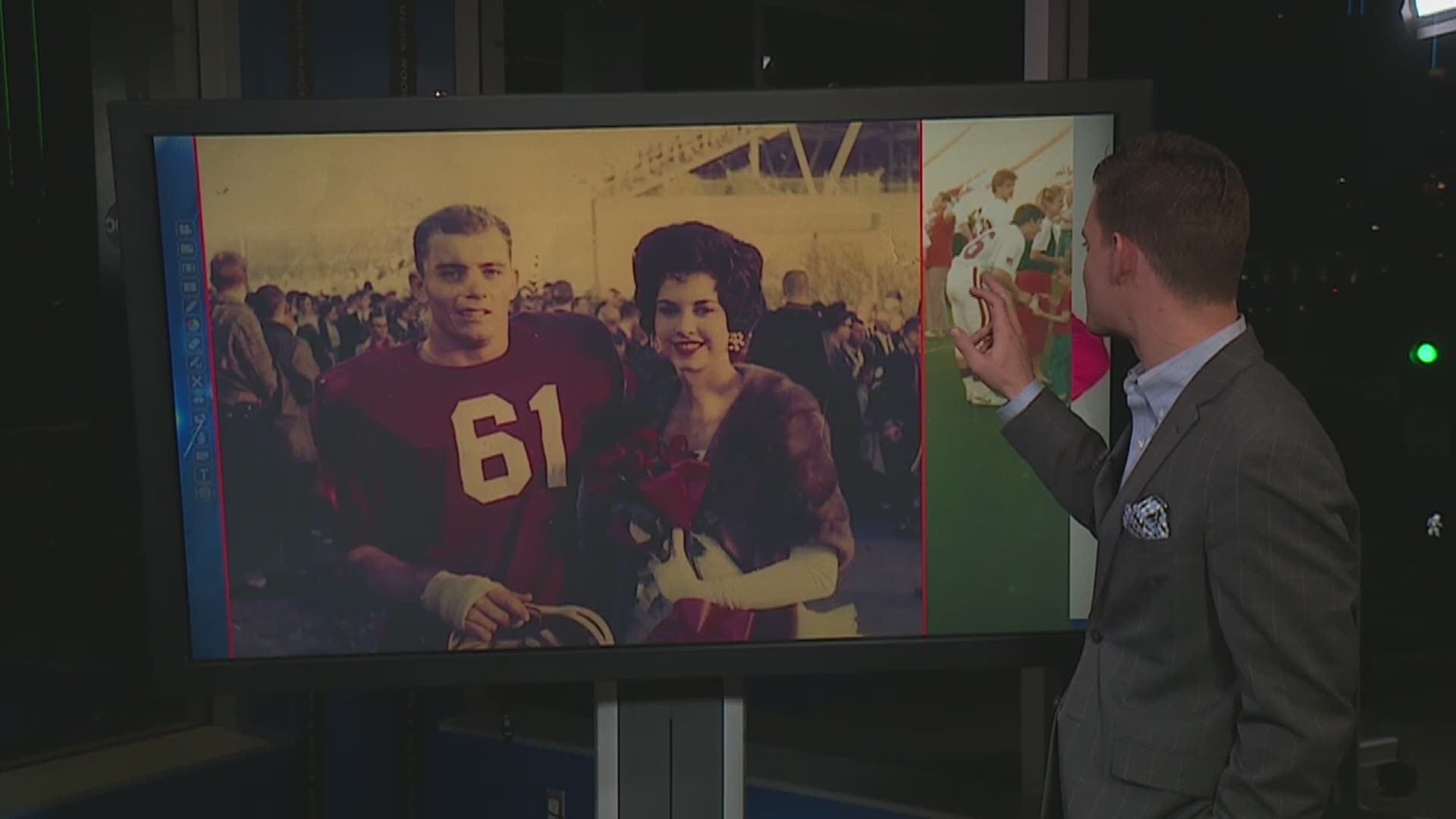 In the most shocking development of national signing day... John Stephen Jones is going to Arkansas.

Okay, right, this is no surprise at all.

"Last year, you watch the guys older than you sign, and you just hope to see yourself up there," Jones said. "And just to get here, and actually do it is really special."

"My father used to actually sneak up to the university and sneak into the stands and watch me practice when I was up there," Stephen said. "And I think that's gonna be in my playbook too."

And to see his son follow in his footsteps got to Stephen today.

"Beats everything I've ever been a part of," Stephen said while choking back tears. "It's good.

"At the end of the day, as I said, it's just wonderful to see all the hard work he put into something and have it all work out."

"My dad's supported me ever since I was a little kid," John Stephen said. "And just to be able to go through this with him by my side was really incredible."

But make no mistake -- mom's gonna miss her boy.

"I was getting my heart ready for the August departure, and then I found out that it was actually June 2nd," Karen Jones said. "So that was a little bit of a gut check for mom. Yeah, I'm gonna miss him. I'm very close with him.

"No one's perfect, but to me he's been a perfect son."