"I appreciate Urban’s remorse, which I believe is sincere. Now, he must regain our trust and respect." 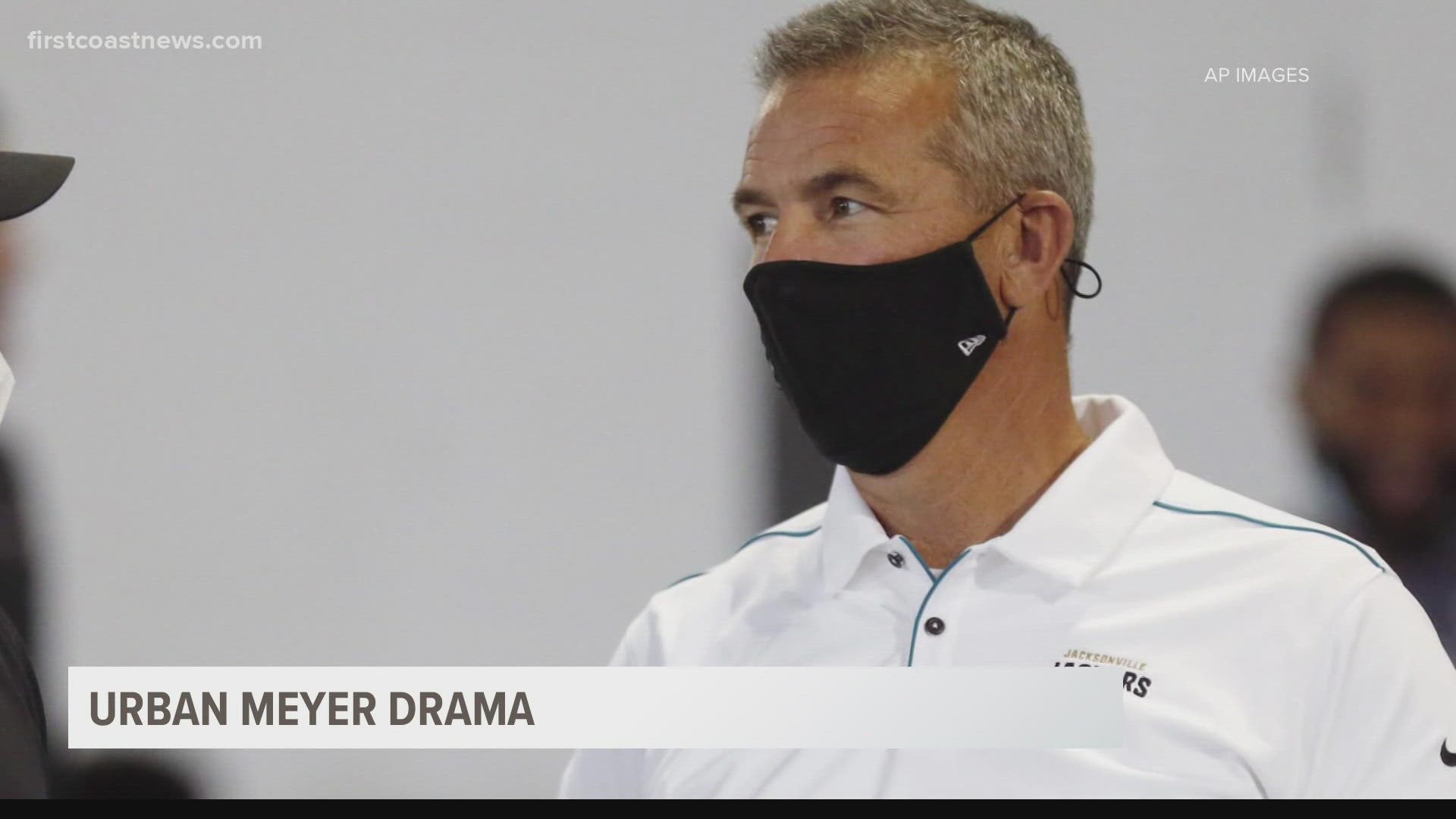 JACKSONVILLE, Fla. — Jaguar's Owner Shad Khan has issued a statement after a video went viral of a woman dancing on Head Coach Urban Meyer over the weekend.

The video surfaced Saturday, showing Meyer sitting in a bar/restaurant while a woman was seen dancing up to him. The video drew wise criticism on social media, as Meyer is married.

Khan said Meyer must now work to gain the trust back of the team.

"I have addressed this matter with Urban" began Khan. "Specifics of our conversation will be held in confidence. What I will say is his conduct last weekend was inexcusable. I appreciate Urban’s remorse, which I believe is sincere. Now, he must regain our trust and respect. That will require a personal commitment from Urban to everyone who supports, represents or plays for our team. I am confident he will deliver."

Meyer apologized Monday during a news conference, where he explained that following the team's Thursday night loss, he didn't take the team flight back and instead stayed in Ohio to visit family.

Meyer said he ended up going out to dinner and there was a group next to the restaurant he was eating at who wanted him to come over and take photos and he did.

He said they were, "trying to pull him out on the dance floor, screwing around, and I should have left."

He has since addressed the situation with team leaders and players, Meyer said during the news conference.