In case of emergency: The path from 'Average Joe' Zamboni driver to NHL goalie

David Ayres rose to fame after becoming the second emergency goalie to save a shot in an NHL game. The Stars haven't needed one yet. They're ready in case they do. 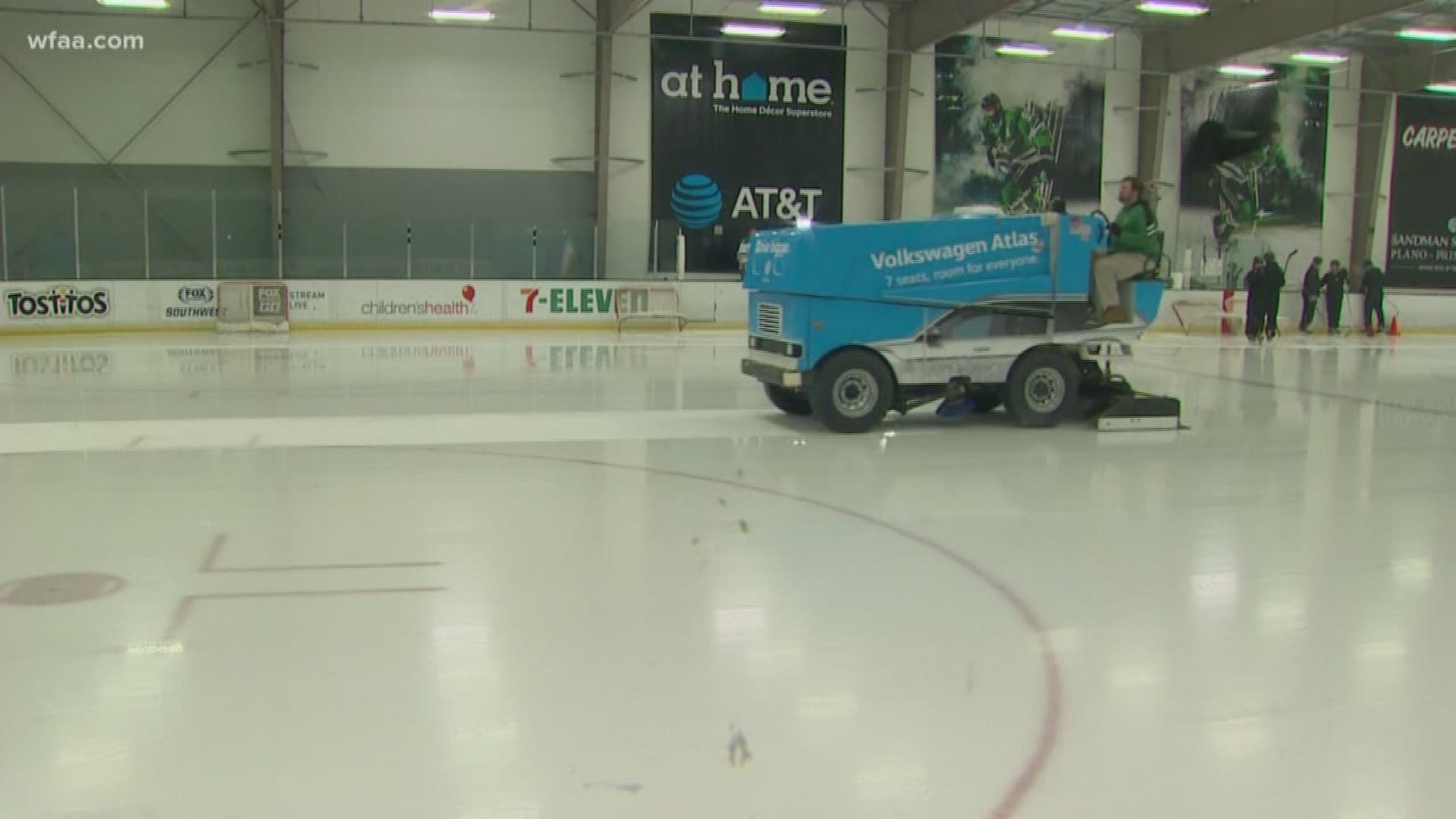 MCKINNEY, Texas — David Ayres emerged from the shadows and into the spotlight.

The 42-year-old Zamboni driver stepped onto the ice Saturday night wearing a Carolina Hurricanes No. 90 jersey, after both the starting goalie and back-up goalie exited due to injuries.

Ayres, an employee of the Toronto Maple Leafs, is the emergency goaltender for Leafs home games.

On this night, he was called into duty for the opposition.

He gave up two goals in the second period but saved every shot in the final period, en route to a 6-3 Hurricanes win on the Leafs home ice.

It was a moment out of Hollywood.

"Once in a lifetime, I'll take it," Ayres told SportsNet after the game.

Ayres appeared on The Colbert Show on Monday night and has been one of the feel-good news stories of the last week.

It was just the second time an emergency back-up goalie has saved a shot in an NHL game.

Scott Foster -- an accountant -- was the first in 2018 with the Chicago Blackhawks.

Ayres' memorable moment got us thinking...

If a team runs out of goalies at a Dallas Stars home game, who is the emergency goalie?

Turns out, there are two of them who share the role: England native Thomas Hodges and Canadian-born Kenny Carroll.

Hodges is in his mid-20s, while Carroll is a 43-year-old husband and father of two.

"I played professionally in Louisiana for 10 years," Carroll said.

That's where Carroll met his wife — a Houston native — before moving to McKinney and starting a family.

"Buddy of mine called me one night because [former Stars goalie] Kari Lehtonen went down and they needed a goalie at practice," Carroll recalls. "It evolved into being an emergency back-up for them."

Emergency back-ups do not travel with their teams. The home team provides one who is available for either team should they need him.

(It certainly raises the concern about fair play and if a goalie would "throw the game" if he's playing for the opposition instead of his employer.)

"The NHL mandates having someone in the building, in case something happens," Carroll explains. "So, our gear is sitting in our car waiting."

While Carroll is on-call, he sits next to Stars fans in the 100s level of the American Airlines Center.

They have no idea that if two goalies down for one of the teams -- the guy sitting next to them will be on the ice in 30 minutes.

In five years as the Stars emergency goaltender, Carroll has never received a call to be on the ready.

"The only time you ever get any type of compensation is if you go in and play," Carroll says.

"General manager of the StarCenter [in Richardson]," Carroll says. "Sometimes I drive the Zamboni."

It has not been confirmed if driving a Zamboni is a prerequisite for being an NHL emergency back-up goalie.