Something special: How kickoffs helped Cedar Hill football score 78 points in a game

Most high school football teams don't have a kickoff specialist, much less one who -- in a way -- forced four turnovers in a game. 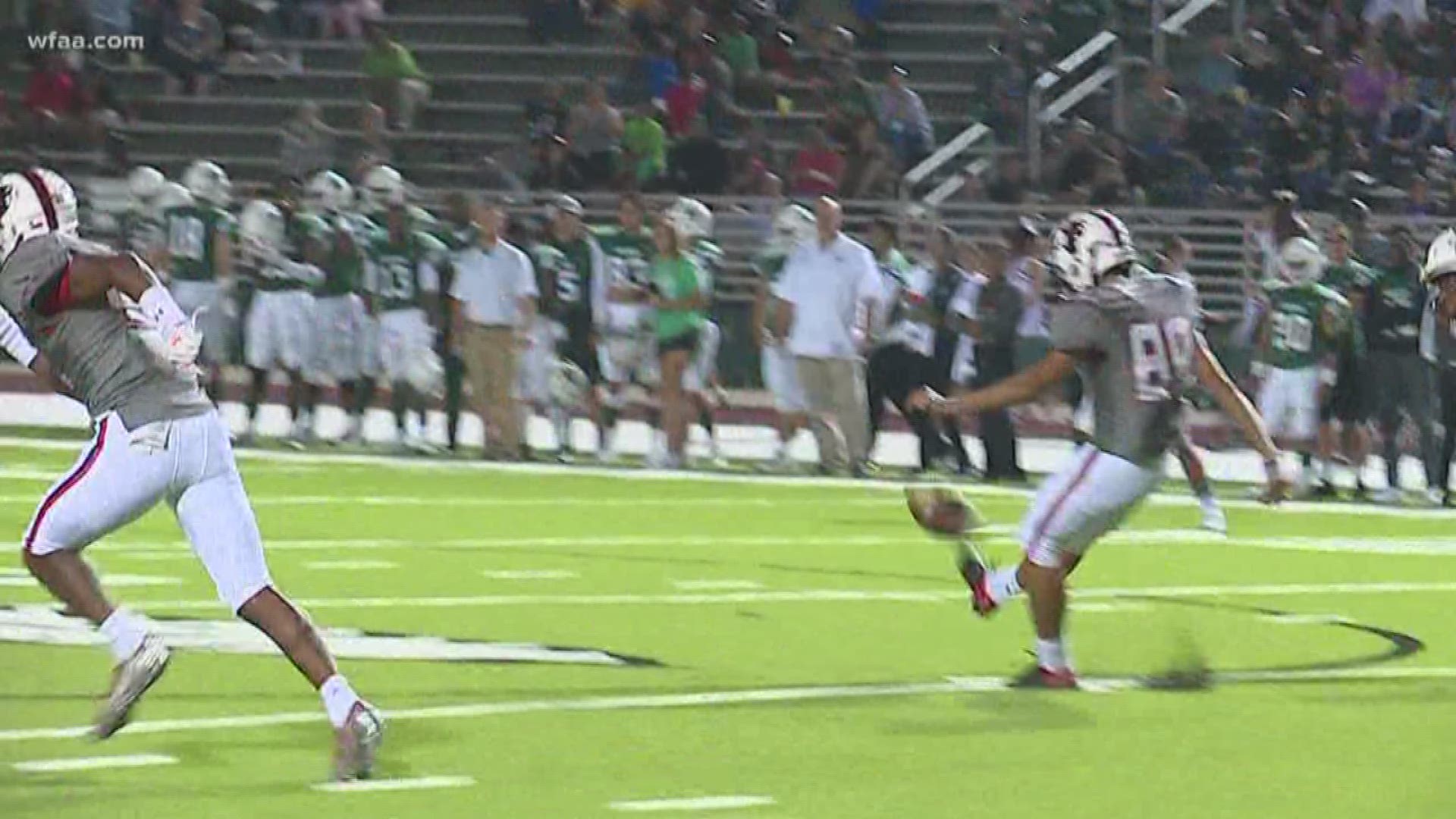 Last year, the Longhorns had their first losing record since 2004.

This year, they're undefeated at 5-0 and averaging 50 points per game.

"Play fast, play with a sense of urgency. That's what we do," said second-year head coach Carlos Lynn, who has the Longhorns in pursuit of the school's third state championship since 2013.

Cedar Hill has been a football powerhouse for years, but there's something special about this team.

It seemed like every time they scored, they would get the ball right back.

Maxwell Mata is the kickoff specialist.

Maxwell Mata lines up for a kick during practice

After every Cedar Hill touchdown, instead of kicking off deep, Mata would kick the ball high, short and wobbly.

Mata did this all game and four times the pooch kick was recovered by Cedar Hill.

Along with Mata, the Longhorns have have a kicker for field goals and extra points (Hector Esparza) and a punter (Jadon Cardell).

Most high school football teams don't have a kickoff specialist, much less one who – in a way – forced four turnovers in a game.

But, there's something special about this team.