Rockwall-Heath boys soccer heads off to state, in search of a 6A Championship

The Hawks started this run to the title game with their first 6A playoff win. Now they've got six of them, and play for a seventh on Saturday. 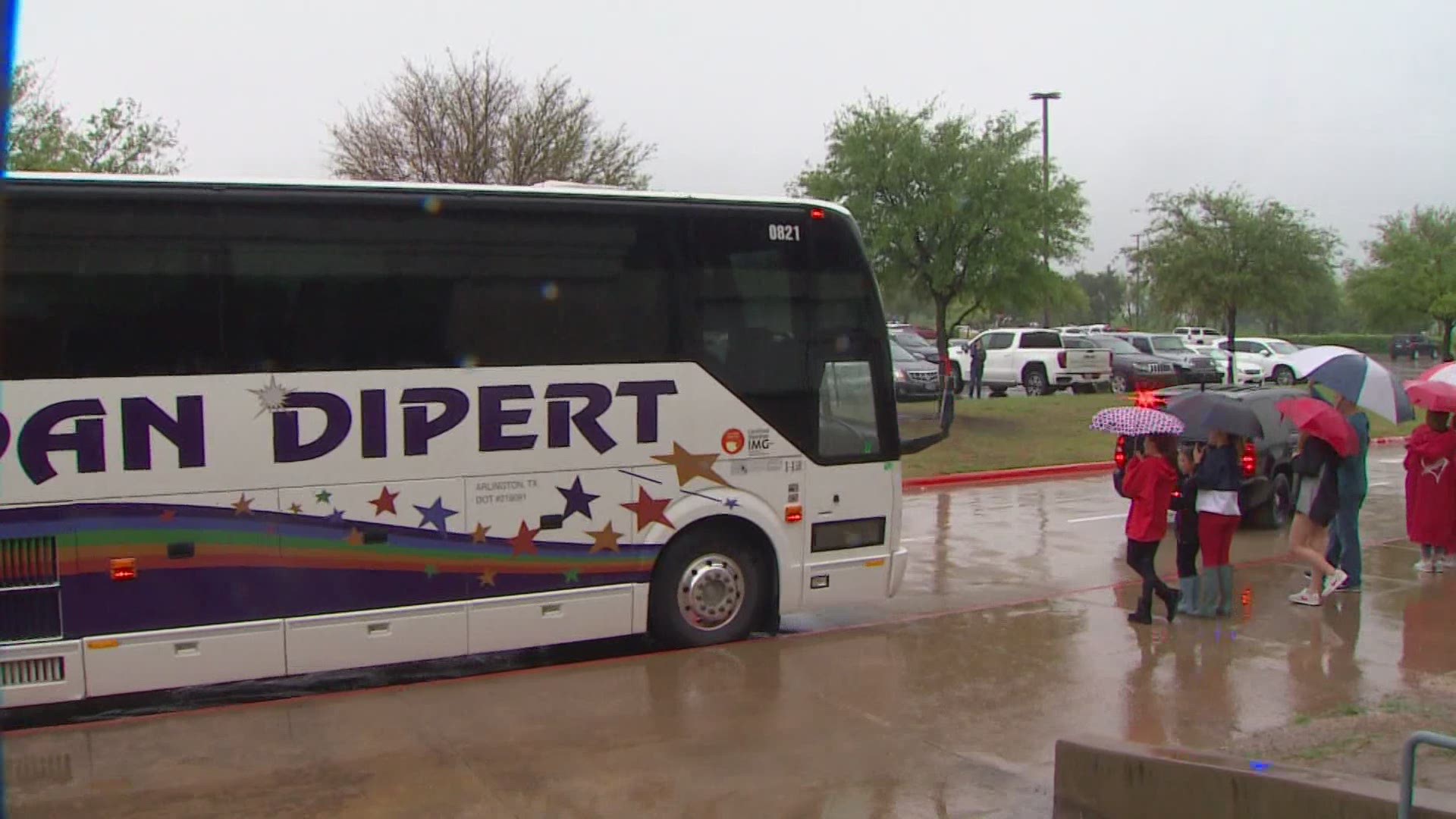 ROCKWALL, Texas — The umbrellas were up at Rockwall-Heath Friday morning, as the Rockwall faithful gathered to send the Hawks soccer team off to state.

"It's pretty exciting to see the whole community get together," said Rockwall junior goalkeeper Junior Tovar, "and supporting us as a soccer team."

Heath departed for Georgetown, in search of a 6A state championship.

"It's pretty big," said sophomore keeper Eli Finley. "It's the first time in history for any Rockwall ISD school, so, it's gonna be unique."

The send-off for Rockwall-Heath, even in the rain, was extra special, because the playoff run began with their first-ever 6A boys' soccer playoff win.

"Since the beginning of the playoffs," head coach Phil Duhon said, "the will of this team has taken over."

Before the playoffs though, Heath had some struggles.

"I don't think we were all on the same page until we got to the playoffs," senior Brock Bernard said.

Heath lost four games in a week in early March. They played five games in a six-school-day stretch and were completely gassed. But out of that stretch, they found themselves. And their belief.

The players have noticed the switch, as they've played better and better over the last month.

"It really feels like we're playing as a team," Bernard said, "and we're a big family, rather than just a bunch of people playing soccer. We all feel like as one, as a team."

And as such, the 3-seed Hawks have surprised several teams in these playoffs. They've defeated multiple teams that were either seeded higher than them or otherwise expected to advance past Heath.

But the Hawks aren't surprised by where they are.

"We don't think any of these games have been upsets," Duhon said. "We think we should have won every single one of them. And we go out and do what we do."

'Do what you do' one more time, and the bus ride home carries a trophy.