The Byron Nelson High School senior is one of the top volleyball players in the country. Her head coach is the daughter of her other head coach. 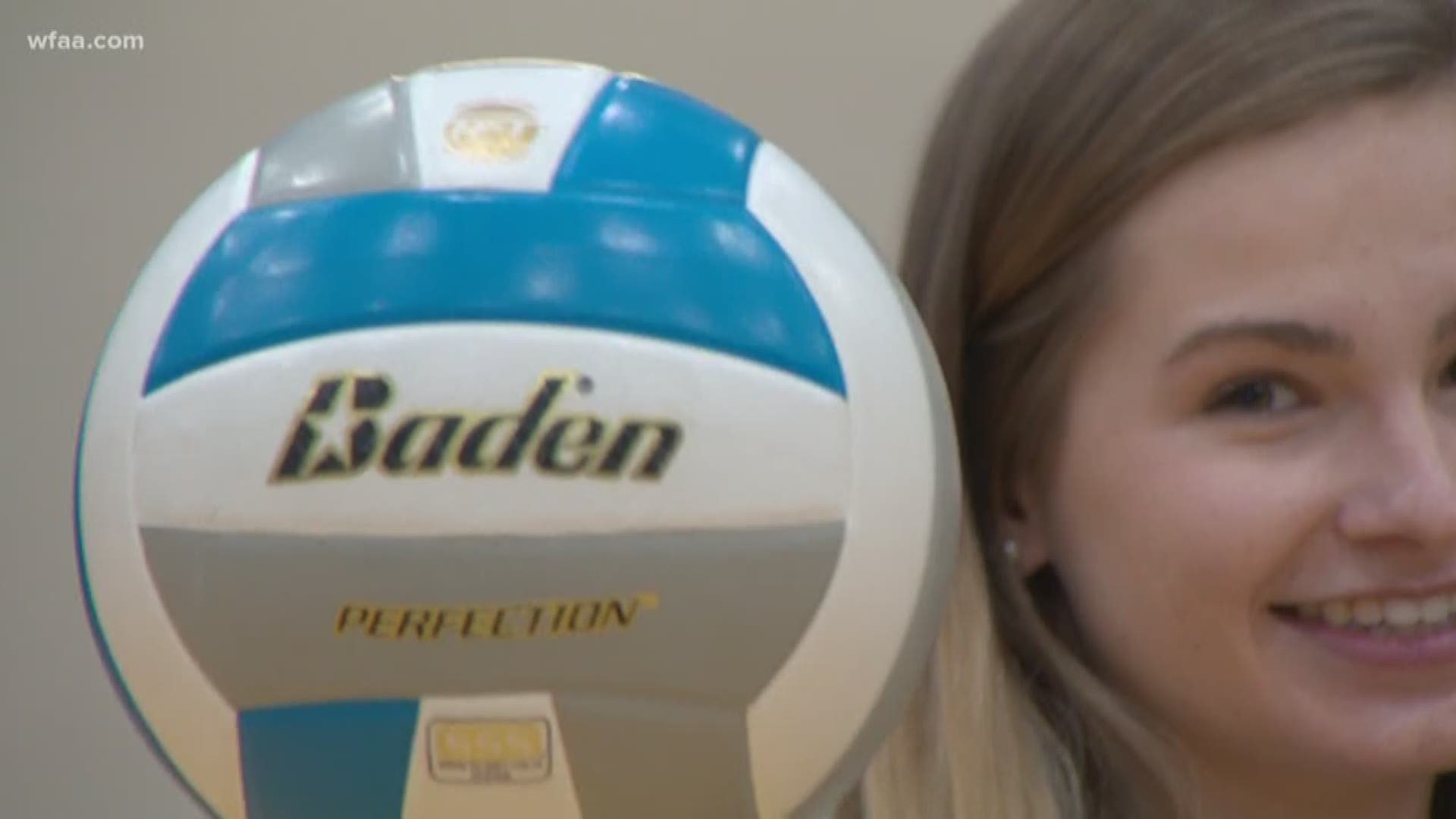 Byron Nelson High School in Trophy Club is home to one of the nation's best swings.

Paige Flickinger "has every shot in the book," said Brianne Barker-Groth, head volleyball coach at the high school named after the famous golfer.

Flickinger was named the 2019 MaxPreps High School Volleyball Player of the Year.

"I was shocked," said the Byron Nelson senior. "I didn't even know I was in the running for that."

However, no trophy could compare to the one she and the Bobcats raised this fall — the school's first Class 6A volleyball state championship.

"I've dreamt of that since freshman year," Flickinger said.

Last year, she was named the Gatorade Texas High School Volleyball Player of the Year. She won it again this year.

Flickinger is the first back-to-back winner since 2007.

The last one was her head coach. Barker-Groth did it at Amarillo High School while playing for her mom and head coach Jan Barker.

"My senior year, my sister was my backup and my mom was my coach," Barker-Groth said. "It was just something that's really special that nobody else gets to experience."

Barker-Groth played collegiately at Oklahoma. Now, she's the head coach of some of the top high school players in the country.

"I think I'm the only one to ever be coached by both of them," Flickinger said of the mother-daughter duo.