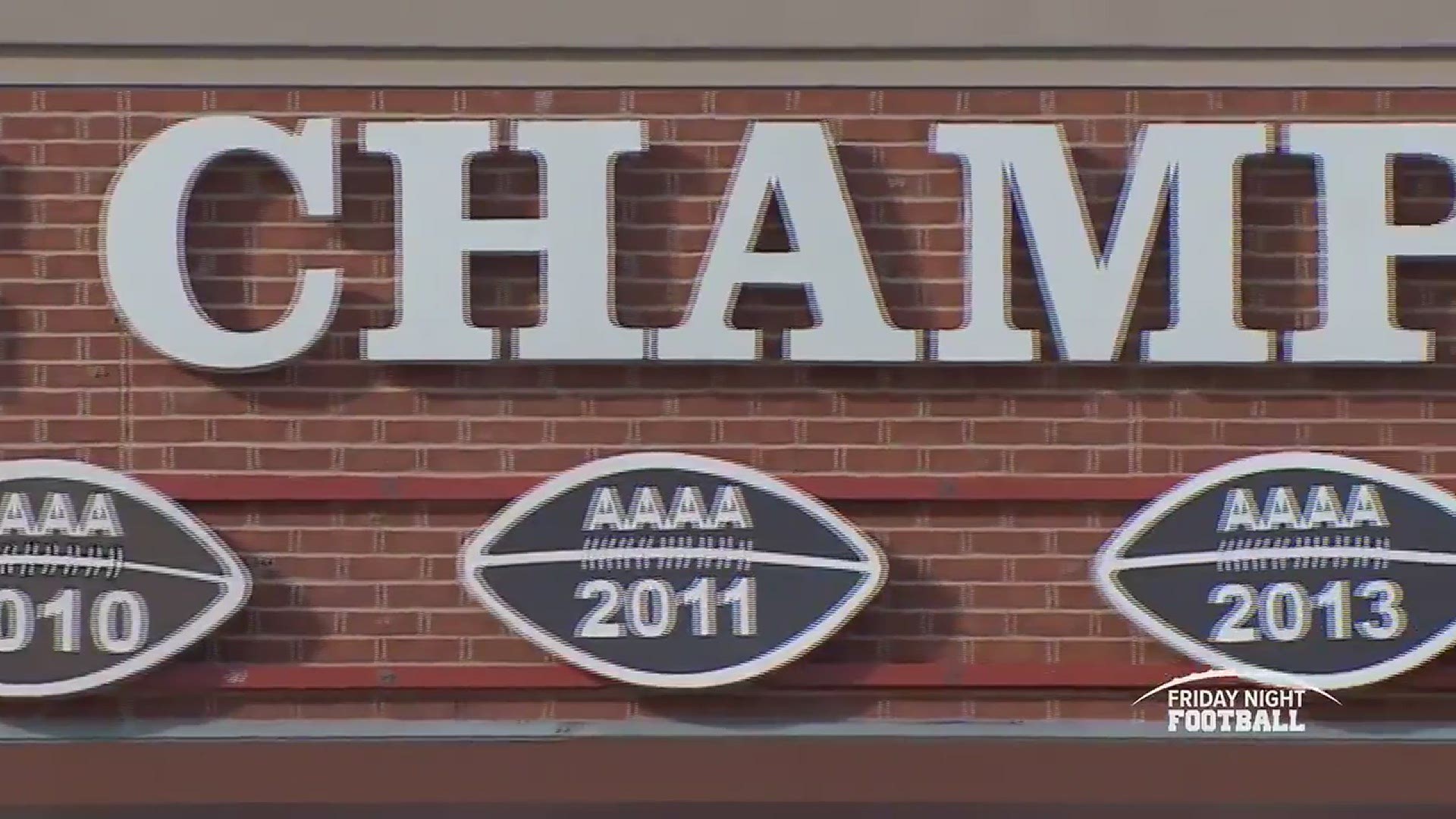 ALEDO, Texas — Kickoff is at 7 p.m. Friday, with pre-game beginning at 6:50 p.m. on the WFAA YouTube channel and WFAA.com.

Two of the very best programs in the state of Texas square off on Friday night, in a game that will figures to be one of the top matchups in the state this week.

Cedar Hill enters the game ranked No. 11 in the state in 6A, coming off a 28-21 win over state-ranked Arlington in their opener at Globe Life Park.

The Longhorns are led by dual-threat quarterback Kaidon Salter, a four-star prospect who is committed to Tennessee. Salter combined for over 3,000 yards and 38 touchdowns last season as a junior, and is an Elite 11 finalist as one of the best quarterbacks in America.

Aledo comes in as the two-time defending state champions in Class 5A-Division II.

The Bearcats are the lone 11-man program in Texas high school football history to win nine state championships -- and all nine have come since 1998, including eight of the last eleven years.

Aledo is led by their own four-star prospect, in LSU pledge JoJo Earle, one of the most electrifying wide receivers in the country.

This game is quintessentially 2020 -- created out of thin air just one week ago, after Cedar Hill's game with Allen was canceled due to positive COVID-19 tests within the Eagles program.

So, with both teams searching for a game and with an aligned opening on their calendars, the two coaches decided to play a high-quality non-district game to prepare for their district openers next week.

This game figures to come down to which stout defense can make that one key stop against electrifying offenses liable to put up points in bunches.

Our players to watch tonight, on FRIDAY NIGHT FOOTBALL:

Aledo's defense is led by safety BJ Allen, another LSU pledge, who is one of the fastest players in the state and remarkably athletic. Allen, cornerback DeMarco Roberts, and the Bearcats linebacking corps led by Sam Foreman, combine to formulate an Aledo defense that is reminiscent of some of their best from years gone by.

Head coach Tim Buchanan believes his 2020 team will be more reliant on their defensive prowess to win football games. That's quite different from last year, when their offense was a juggernaut led by Jace McClellan and Jake Bishop.

Aledo's defense, though, has to slow down Salter and that is no easy task.

For Cedar Hill's defense, there is no shortage of talented athletes running to the football.

Charles Esters is a three-star prospect and a Texas Tech commit at defensive end, big and strong, and a terror for opposing offensive linemen. Amarian Williams is a three-star at the corner position, committed to Liberty. He and Tyran Byrd will have the unenviable task of covering Earle, and trying to keep the best wide receiver in Texas from lighting up the scoreboard.