Southlake Carroll vs. Denton Guyer latest high school football game to be canceled due to COVID-19

Games across North Texas have been canceled this week due to COVID-19 concerns. 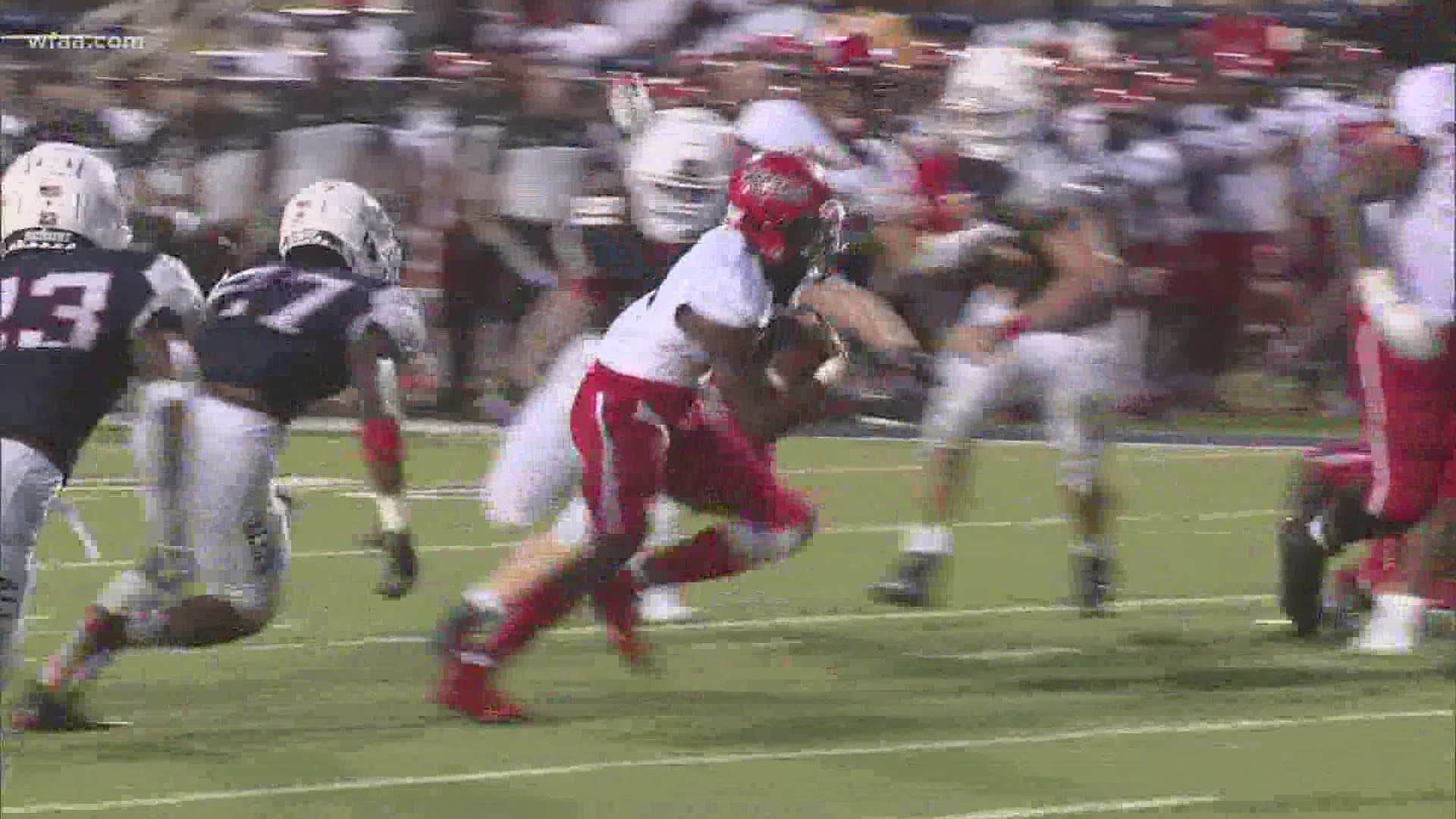 Updated at 3:09 p.m. Monday with the cancelation of Carroll and Denton Guye

A number of high school football games have been canceled or postponed this week in North Texas, with the most recent announcement of Carroll vs. Denton Guyer on Oct. 16.

Carroll ISD sent out a press release Monday, saying that a Carroll student-athlete who tested positive for COVID-19 was last at an athletic event on Thursday, Oct. 8.

Thursday's freshman and junior varsity games between Carroll and Denton Guyer will be played as scheduled.

The Allen vs. Tyler Legacy game on Oct. 16 has also been canceled.

They decided to cancel the game against Cedar Hill "out of an abundance of caution" and in "the best interest" of the athletes.

Saturday morning, district officials said, additional lab-confirmed positive tests of COVID-19 were reported. The exact number of positive tests has not been released yet.

In the past few weeks, other cancellations have been announced due to COVID-19.

Colleyville Heritage High School announced last Wednesday that both varsity football games on Oct. 2 and Oct. 9 have been canceled while JV and Freshmen games would go on as scheduled.

This announcement came after a varsity football player tested positive for COVID-19, according to Grapevine-Colleyville ISD.

Our Varsity games for this Friday (10/2) and next Friday (10/9) have been cancelled. JV and Freshmen games will be played as usual both this week and next week. #chpantherpride #pantheron #bedifferent @CoachKirkMartin pic.twitter.com/RAcZJ1onKx

Aledo ISD canceled its high school varsity football game against Waco University on Oct. 16 due to a "COVID-19 quarantine" situation from its opponent, according to a post from the district's Twitter account.

This would have been Aledo High School's homecoming game. The district is working to find a new opponent for that week.

There will not be a replacement game and pre-purchased tickets will be refunded through Burleson ISD.

It will not be rescheduled.

Today a student-athlete at Thomas Jefferson reported positive for COVID-19. Out of an abundance of caution, the varsity football game between Thomas Jefferson and Mesquite Poteet is cancelled and will not be rescheduled. @dallasschools @DISDespanol @TJPatriotFB @SportsDayHS

Prosper High School's football team announced Thursday that its next two varsity games against Desoto and Arlington Lamar would be canceled as the school is currently dealing with 14 active cases.

The team plans to play its first district game against Little Elm on Oct. 23.

Out of an abundance of caution, our next two varsity games vs DeSoto and Arlington Lamar have been canceled. For the time being, our sub-varsity teams will continue as planned. We look forward to playing Little Elm upon our return for our first district game. pic.twitter.com/rTAc1I5Rk8

Next week’s Frisco Lone Star vs. Frisco Independence game is also off, due to COVID quarantines within the Independence program.

A number of games were canceled the previous week as well.