'Proud moment for all of us': Father-son duos headline Texas football state championship between Denton Ryan vs. Cedar Park

Father time is undefeated. But, father-son time cannot be beat. 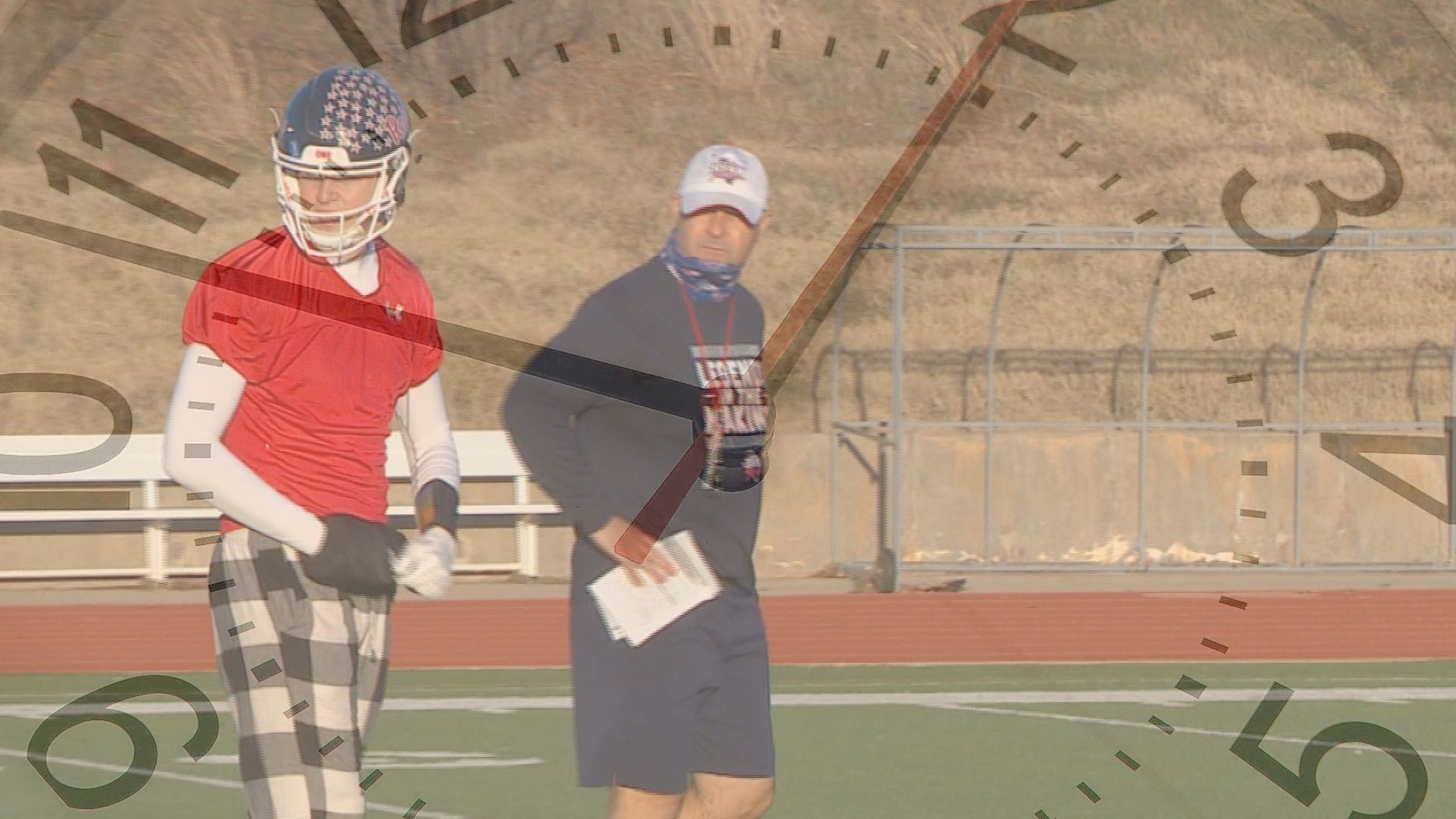 And so is Denton Ryan football.

The Raiders are 14-0 and one win away from their first state title since 2002.

The stage is set for Denton Ryan superstar and five-star Texas commit Ja'Tavion Sanders, as the senior defensive end/receiver looks to cap his highlight-reel high school career with another one-handed grab — of the state championship trophy.

How on earth did @Jatavionsanders make this catch?!?

Not to be overshadowed or outshined is Ryan senior quarterback and Memphis commit Seth Henigan, Sanders' friend and teammate since sixth grade.

Yep, Seth is the head coach's son — the second of three boys for Dave and Laurie Henigan.

The middle child has capitalized on the time at home with his father.

"If I have any questions, I can bring those up to him whenever I'm at home, so that's an advantage we have," Seth noted.

In his final year as the Raiders quarterback, Seth has thrown for more than 3,500 yards and 43 touchdowns.

Seth and Dave Henigan came up short in last year's state title game, but they get another shot when Ryan plays in the Texas UIL Class 5A Division I state championship.

However, they're not the only coach-player father-son dup preparing for their final game together.

Meeting Ryan in the title game is Cedar Park out of Austin, which is also undefeated (13-0) and also led by a coach-son tandem.

Carl Abseck is the Timberwolves head coach and his son, Gunnar, is the star slot receiver.

"I don't know that any coach could ask for a better ending," said Carl. "It's going to be a sad moment in some ways, but in some ways, it's a proud moment for all of us."

The game will mark the end of an era for the Absecks in more ways than one because for the last six years, Carl and Gunnar have taken a selfie together at every game.

"I couldn't think of a better place to take our last selfie than AT&T [Stadium]," Carl said of their father-son tradition.

No matter who prevails in Arlington on Friday night, one thing is for certain.

"I'm gonna love him no matter what," Dave asserted.