Dale's Extra Point: Why did 450 high school football coaches get together in Arlington?

In short, for a good purpose: to learn more about the value of coaching their kids beyond the game itself. 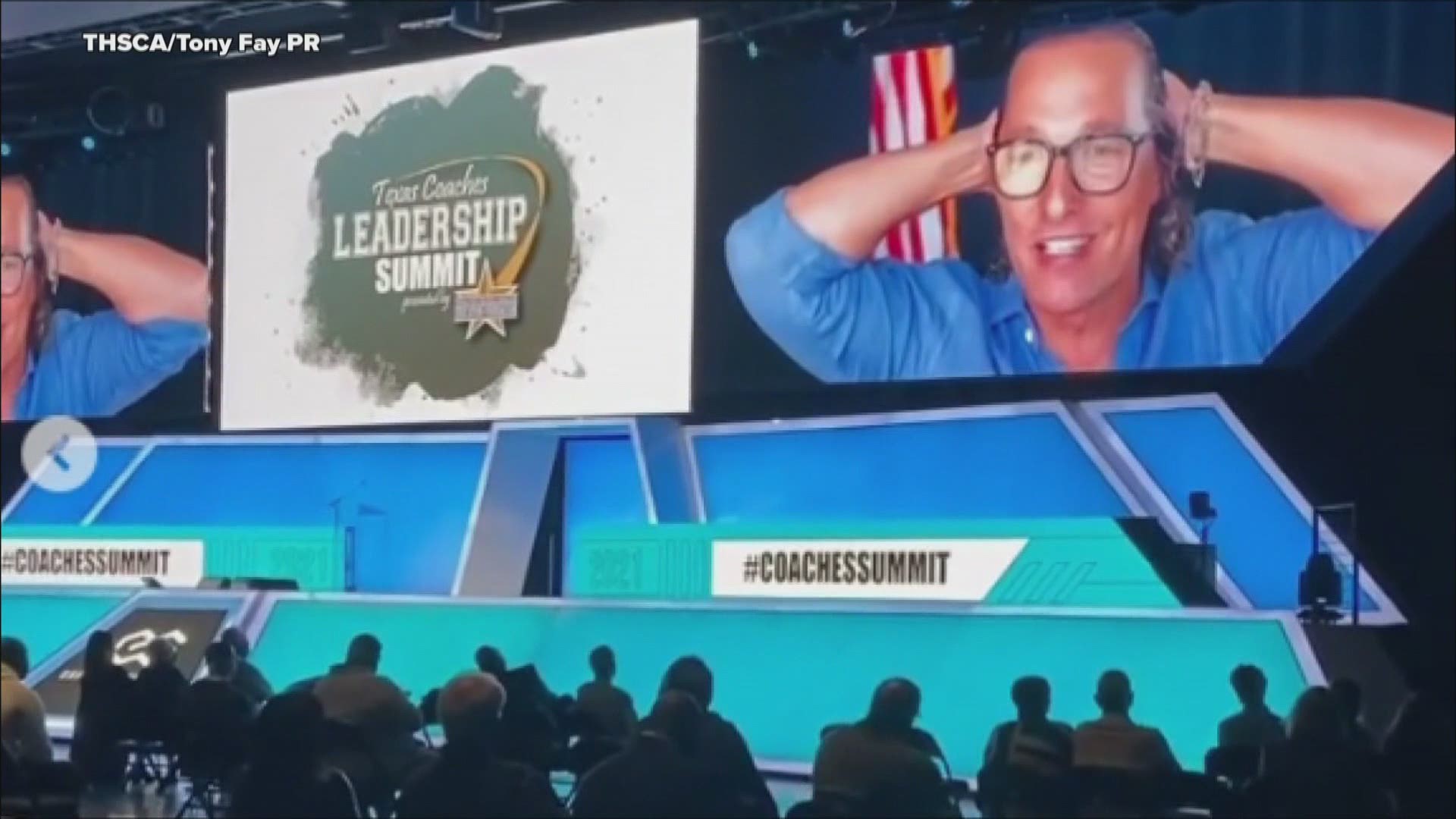 DALLAS — Around 450 Texas high school football coaches had a meeting in Arlington on Monday.

Those coaches paid $89 to hear from the likes of actor Matthew McConaughey, among others, all about the value of coaching beyond the game.

That leadership summit had a great purpose, it's one of my favorite topics, although I'm not sure I'd be doing it in the middle of a pandemic; those coaches don't show a lot of leadership doing that.

But if we can get more coaches to start teaching the kids how to be successful in life and responsible citizens, then I'm all for it.

A lot of coaches already do that, and have for a long time, but not nearly enough.

Former L.D. Bell High School Coach Tim Edwards was a big critic of no pass-no play in Texas, something I have always supported, but Edwards was a critic for the right reasons. He wanted to keep his kids on a football field so he could teach them about the things that really matter.

I spoke at his team's football banquet, and he introduced all his kids by their grade point average.

If we had more coaches like Tim Edwards, we wouldn't need a leadership conference, although I'd pay $89 to hear Matthew McConaughey.