'We will be the change': Arlington HS football team resurfaces its video message for Black History Month

“We are aware of what's going on,” senior quarterback Kris Sims said. “We know that this is not going to fix it all, but it's a step to trying to fix it.” 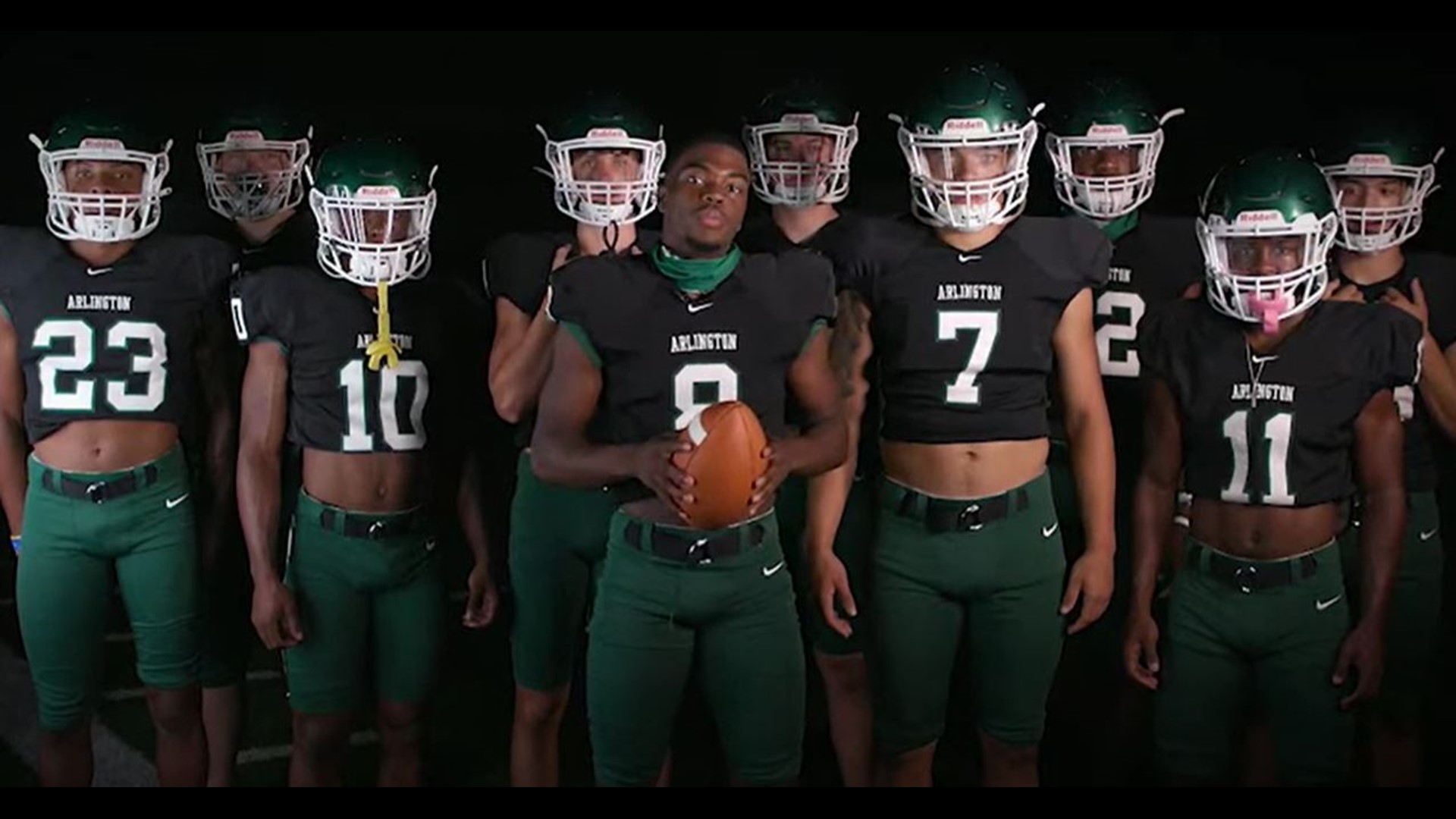 ARLINGTON, Texas — "We will be the change."

That’s the focus of the Arlington High School football team’s 74 second video. The team recorded it before the 2020-2021 season and played it at their home games at Globe Life Park.

“When COVID hit and we were separated from our athletes, we did not see them in the months of March, April, and May. Obviously, as we got close to summertime, that was when the death of George Floyd happened,” head football coach Scott Peach said. “You could see that our kids were needing an outlet.”

Peach said the team decided to make a video and then chose to take a knee before their games.

“I've got tears flowing down my eyes,” Peach said. “It was just a very powerful moment getting to see it for the first time on the jumbotron at Globe Life Park. Just really, really proud of our kids and proud of our program for taking that stance.”

“It was just one of those cool moments that I wish I could have back, really,” senior quarterback Kris Sims said.

The school district and city shared the video again in February in honor of Black History Month.

“You can stand up for something. We all really genuinely care,” Sims said. “We know how much we all meant to each other as a family.”

In the video, the players say, “I am Colt Football and I believe no matter the color, that is my brother,” and “If I fight for my brothers on the field, why wouldn’t I fight for him off the field as well?”

“We are aware of what's going on,” Sims said. “We know that this is not going to fix it all, but it's a step to trying to fix it.”

Peach told opponents about the video before playing it before games last season – none of them had any issues.

“We felt like not only were we sharing our message with our community, but we had a chance to share it with the city of Mansfield, with Keller, with Cedar Hill, with all of these opponents that we brought in from different communities,” Peach said.