Third grader Jake Sauls had mixed feelings when he heard his championship game was going to be canceled over the weekend. 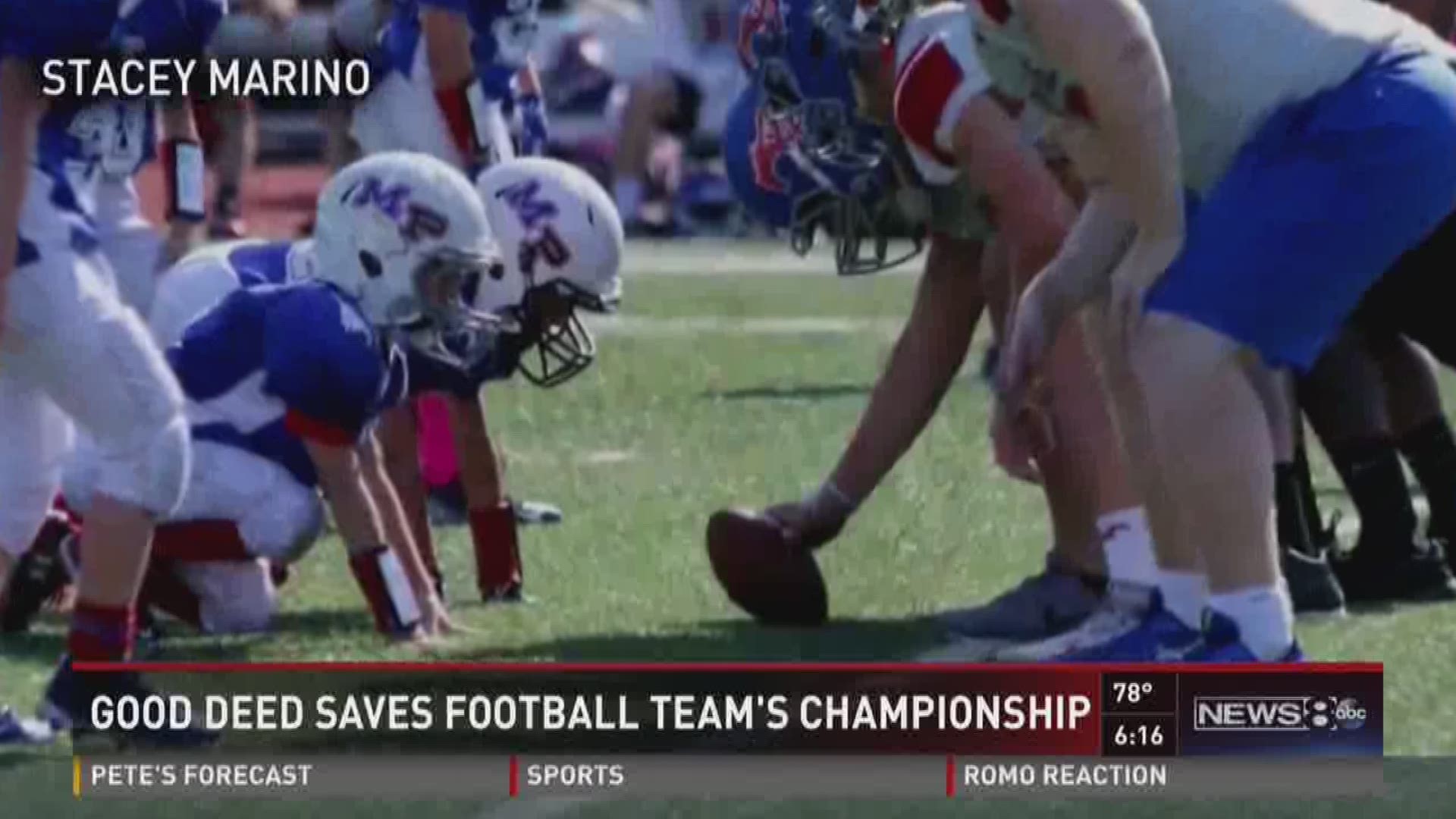 Third grader Jake Sauls had mixed feelings when he heard his championship game was going to be canceled over the weekend.

The stage was set and it was the biggest one these young players had seen -- Mustang-Panther Stadium in Grapevine. The only problem, the team didn't have an opponent. That's when Stacey Marino reached out to the Grapevine High School Varsity Football Coach.

"We were hoping we would get 11 [players], 11 would be a stretch but at least we could field a team,” she said.

Instead, they got 35 Grapevine High School football players -- fresh of their own playoff win the night before -- to suit up and play.

"You could kind of see them look at us from across the field and wonder, ‘I wonder why they're here,’ and you could see them get real excited," said Wyatt Morgan, a Senior at Grapevine High School.

The game was on -- parents were rolling their cameras the entire time.

"They went kind of easy they think we weren't going to show up, and we didn't know it was for fun so we came out and hurt them," Sauls said.

Sauls is especially proud of one tackle in particular -- a video shot by a parent captured the 9-year-old taking down Morgan, a 295-pound varsity football player.

A tackle that lead to a fumble -- a key point in the game, according to Sauls.

"I decided I needed to slow down and whenever that happened, as soon he hit me I fell down -- I wasn't expecting him to hit me that hard," Morgan said. "He definitely earned it."

Okay, maybe the hits weren't that big -- but the lessons for the young players sure were.

"To see all those high school boys show up was overwhelming -- they showed up because they are good kids," Marino said.

"It's a very scary game but when you get on the field you're not that scared... you just go hard and it turns out good sometime," said Sauls.