One of the world's top young wakesurfers can be found on Grapevine Lake. 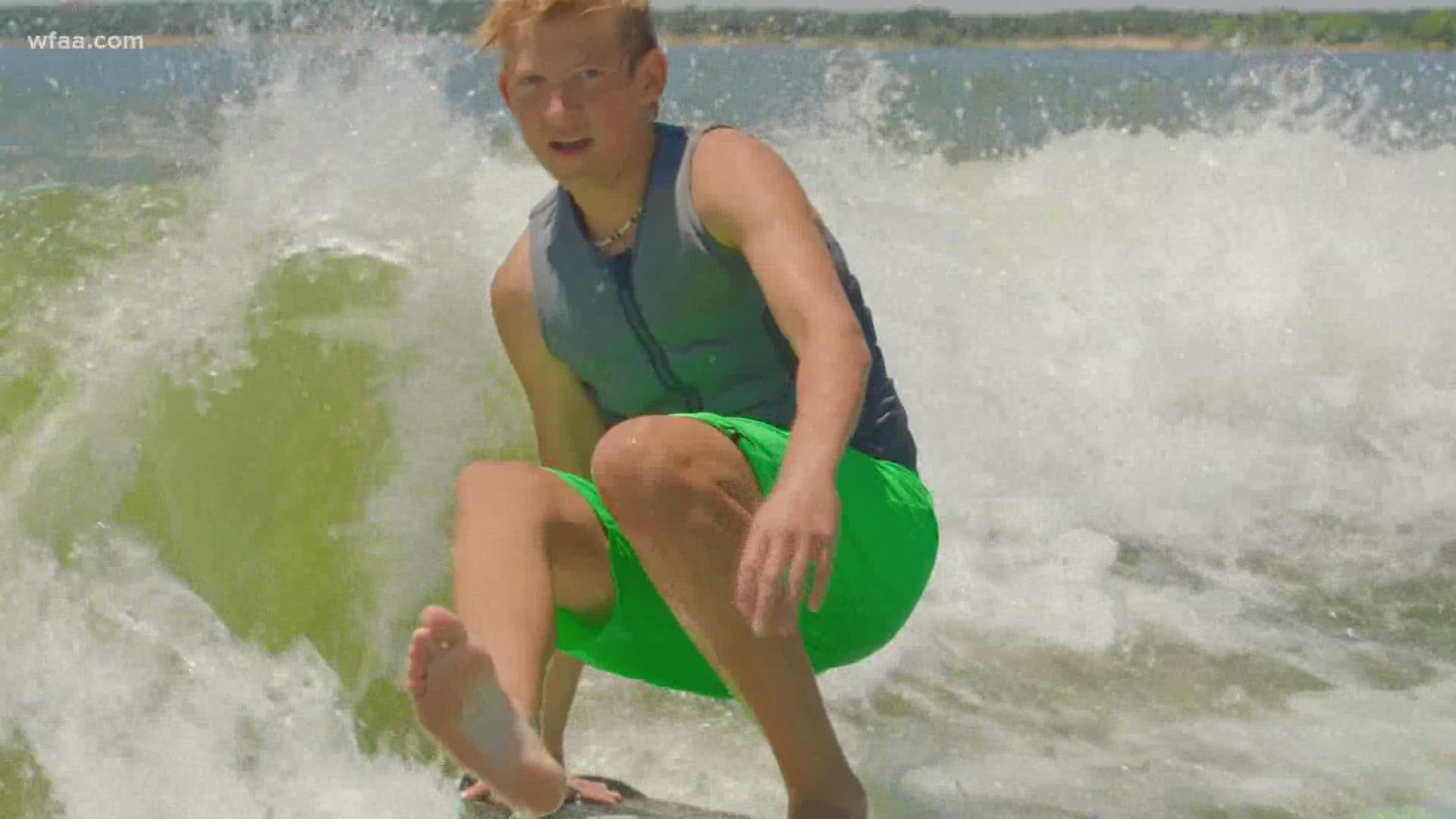 Surfing instills images of catching waves in California, Florida and Hawaii. But, one of the world's top young wakesurfers can be found on Grapevine Lake.

"It's like you're on Cloud 9," smiled the 16-year-old wakesurf phenom. "It's like you just made the final touchdown in your football game."

Funny he should use a football analogy, after he ditched the ball for the board years ago.

"When he started wakesurfing and loving it so much, he said, 'Mom, I don't think I want to play football this year,'" said Dana Morrison, Perry's mom. "Ever since he was 9 months old he was swimming."

Perry started wakesurfing at age 7. Dana and Perry's father Patrick Morrison, have been along for the ride ever since.

"Funny story, Dana took Perry to a surf camp and nobody showed up but Perry," Patrick recalled. "He was hooked. So, that's where it started."

By age 10, Perry received a sponsorship from Tige Boats -- making him one of the youngest wakesurfers ever to get sponsored by a boat company.

Now a teenager, Perry's wiping out the competition with a list of accomplishments a mile long.

Although he's 16, Perry is planning his next move.

"When I turn 18, I want to get my real estate license in Miami and start selling houses," asserted Perry, who wants to attend the University of Miami.

Perry has found stability outside the water, too.

With a handful of sponsorships, he has more income than most 16-year-olds and more responsibility along with it.

"If I get paid from competitions, I put it into my travel fund, so I can use that money to travel later in life," Perry explained. "If it's [money] from lessons and work, I'll put half in my savings and keep half for spending money, so I have a fair balance of what I can and can't use."

In the meantime, he's using his talent to make waves in the surfing world and his parents are along for the ride.

"When I watch him wakesurf, it's unbelievable what he can do, what he's accomplished and the tricks he's throwing," Dana beamed.

"It's been a lot of fun to be able to be that involved in your kids life," Patrick said. "It's been incredible."