It was Senior Night at the ballpark, 2020 style — safe and socially distant. 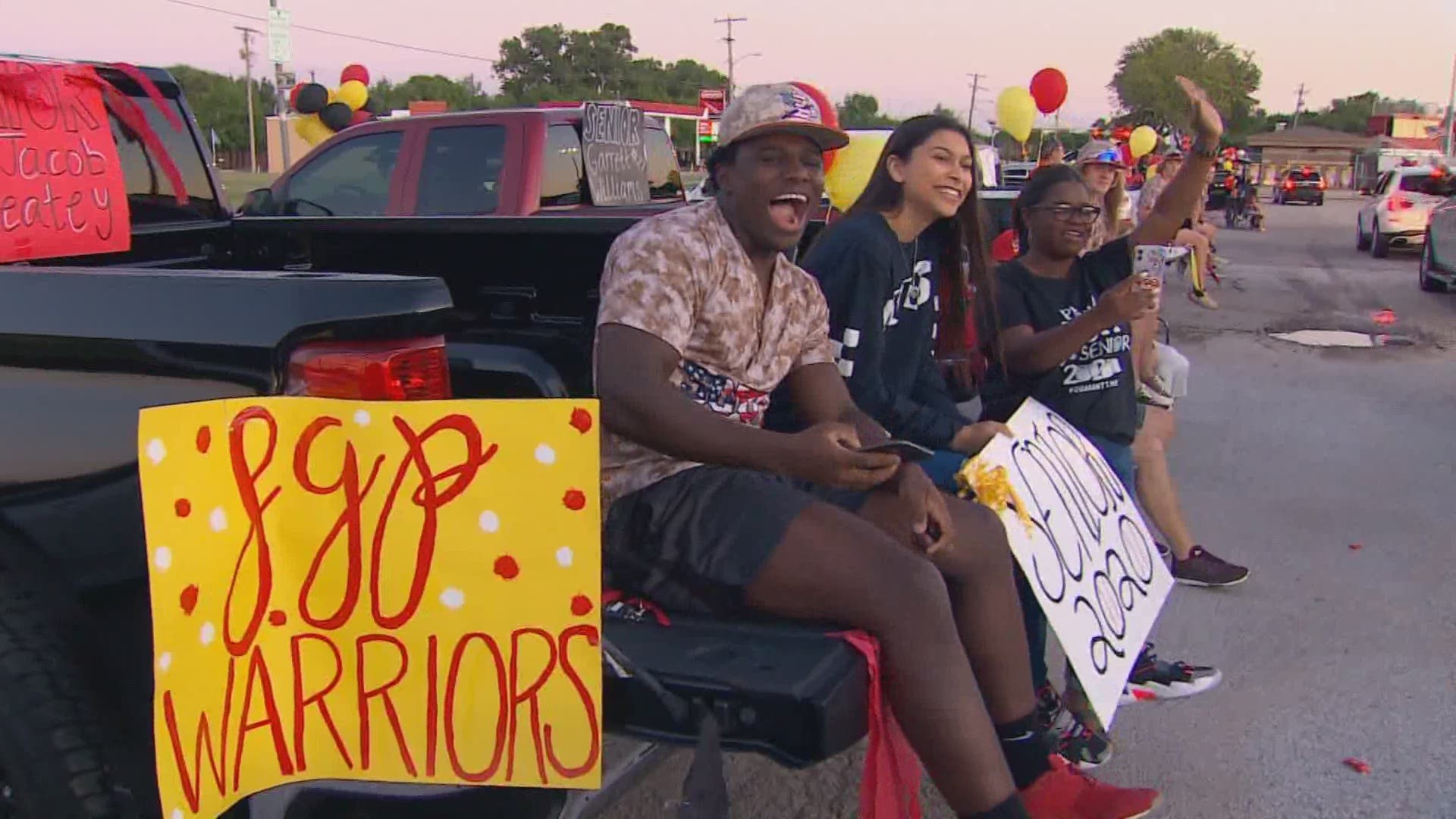 GRAND PRAIRIE, Texas — The South Grand Prairie Warriors baseball team has not won a state championship since it was a 3A school in 1974. The year's team was fixing to change that. The Warriors were off to a 13-1 start, ranked fifth in the state and were primed for a deep playoff run — that they never got to play.

Eleven seniors never got to say goodbye. Never got to soak in that final home game in front of friends and family. Which is what made tonight so special.

It was Senior Night at the ballpark, 2020 style — safe and socially distant.

There was a drive-by parade to honor those seniors, who stood in front of their cars or on the beds of their pickup trucks while their younger teammates, friends and families came through.

Even the mayor of Grand Prarie Ron Jensen came by to wish them good luck.

The 11 seniors on the South Grand Prairie Warriors are: