Lake Travis, Georgetown, and Blanco are all headed to state! 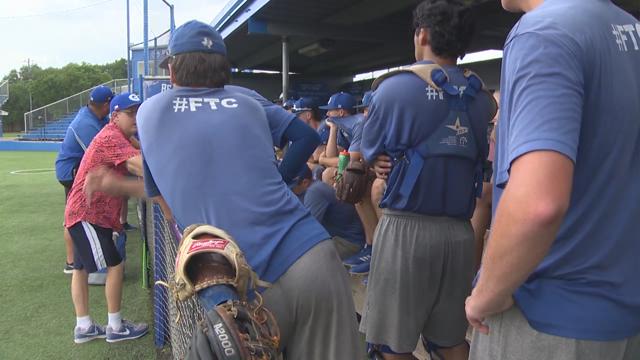 Lake Travis shutout Laredo Alexander, 3-0 to capture their 6A regional finals series and a spot in the 6A state tournament. This will be the 1st state tournament appearance for Lake Travis head coach, Mike Rogers who is in his 38th season of coaching baseball.

The Georgetown Eagles did so by shutting out Magnolia West 1-0 in game three of their 5A region III championship series.

A dog pile on the field of Blue Bell Park on the campus of Texas A&M University occurred.

Georgetown will be playing at Dell Diamond in the 5A UIL State Tournament next week.

The Panthers will also make a trip to Dell Diamond in Round Rock for the 3A State Tournament.

Liberty Hill fell short of the 4A state tournament losing to La Vernia, 5-4.