Everyone can benefit from playing sports, even if they don't go pro

Not every kid is going to grow up to be LeBron James, but playing sports can have substantial benefits later in life. WFAA has partnered with Children’s Health Andrews Institute for Orthopedics & Sports Medicine to bring you The Game Plan: a parent's guide to youth sports. 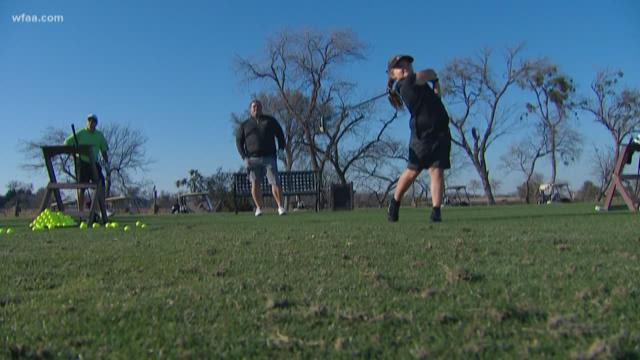 DALLAS -- We all know that every kid who plays basketball won't grow up to be LeBron James. Not all youth soccer stars will play in the World Cup. But research shows playing sports as a kid can have substantial benefits later in life, no matter what you grow up to do.

The teamwork, leadership skills and discipline from youth sports translate to careers in adulthood. According to a survey by Ernst & Young, a shocking 94% of female business executives surveyed played sports in their youth, many at the college level. Ernst & Young also found that sports experience can boost career opportunities and earning power.

There are success stories like Hewlett Packard Enterprise CEO Meg Whitman, who played tennis, basketball and was a swimmer in her youth.

Former Secretary of State Condoleezza Rice was a competitive figure skater growing up.

"I could have been every bit as good as Michelle Kwan," Rice joked to an audience at a Women's Sports Foundation gala earlier this year, where she accepted an award.

"I learned so much about perseverance, about hard work, about not having a great performance and having to get up the next day and try again," Rice said.

Aside from business benefits and social skills, there is evidence that youth sports can also create healthy habits that can extend through life.

According to Aspen Project Play, adolescents who play sports are eight times more likely to be physically active when they're in their mid-twenties. And a study of World War II veterans found the single best predictor of being physically active at age 70 was whether subjects played a varsity sport in high school. It was also linked to fewer visits to the doctor later in life.

So while we can't know exactly what kids will do when they grow up, there's good reason to encourage them to get in the game as young athletes to improve their futures.