Akoy Agau and Matthew Melander are doing it through their business called Primetime Sports. 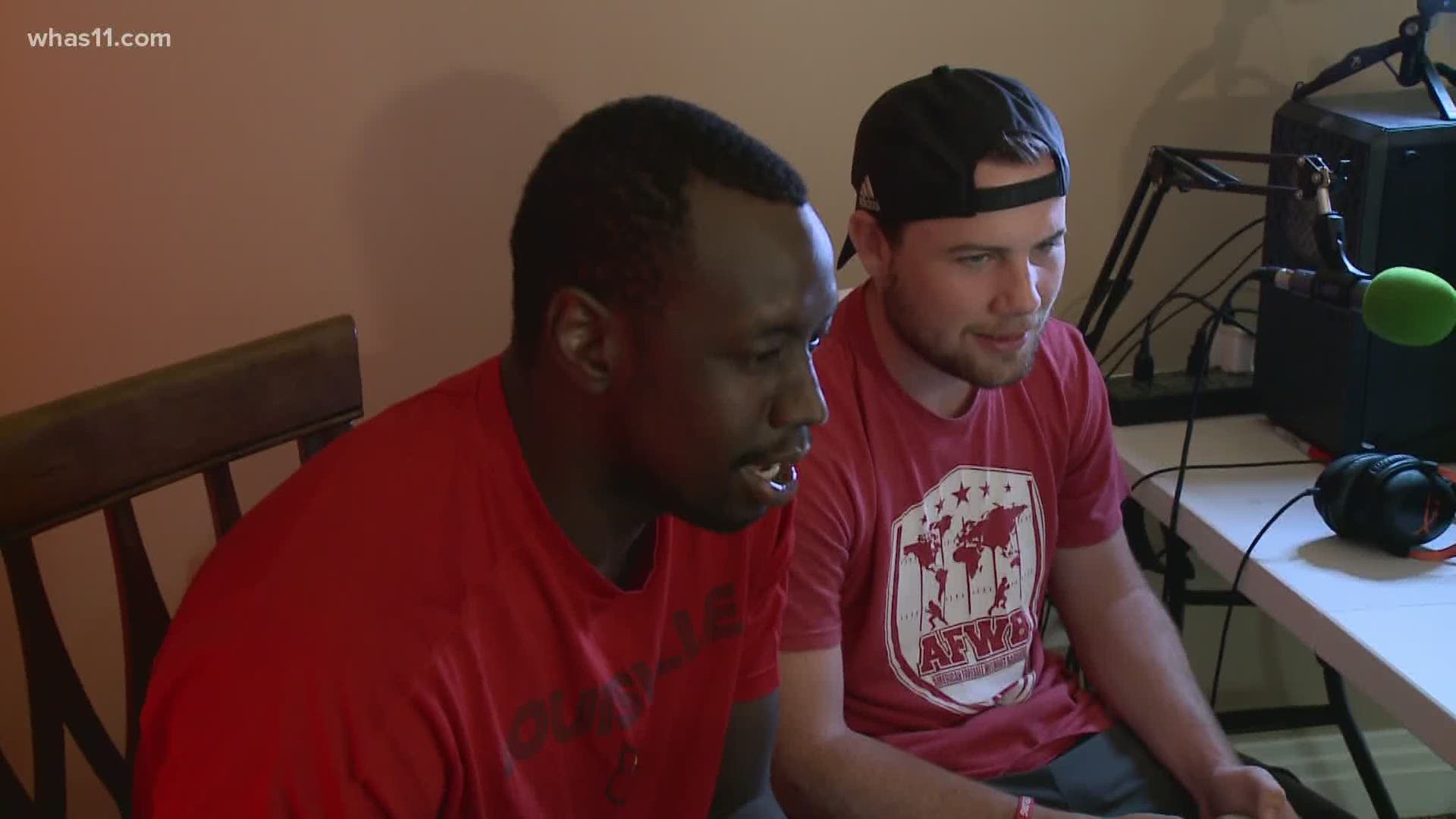 LOUISVILLE, Ky. — Former Louisville men's basketball forward Akoy Agau always had game, but it wasn't hoops that initially helped him adjust to life in the United States after coming from Sudan.

"When you first move to a new country and are learning a new language and you don't really know a lot of people, you just kind of find something to escape to," Agau said. "And video games are just kind of like an easy escape."

At times, maybe too easy.

"Sometimes, I played it a little too much, but it was just something that I found myself loving and just enjoying to do," Agau said. "I may or may not one time have lied about my grades and my mom threw my Xbox out of our third-floor apartment building."

The Omaha big man would travel all over America, playing for three different colleges (UofL, Georgetown, SMU), including a return transfer to Louisville as a senior for the 2018-2019 season. And all of that movement was made easier with something he found though the hobby that helped him adjust in the first place: a friend.

"I consider him kind of like an older brother to me," former UofL men's basketball manager Matthew Melander said. "It's not a bad thing at all. It's a great thing. He just has a way with people of connecting and just becoming very close with you and just kind of checking in on you all the time."

Last summer, the two turned their friendship into a partnership with the creation of Primetime Sports. It uses Twitch to stream athletes and celebrities playing video games while allowing fans to pay to interact with them. The company and players split that money, with some of Primetime's share being donated to charity.

"I had a lot of friends that were athletes through the basketball program and I wanted to do something that was different," Melander said.

"We thought this would be the perfect time to capitalize on and kind of start networking on that," Agau said.

So they're doing it by holding a virtual NCAA Tournament. They have 40 of 68 teams who were projected to play in the real thing (using ESPN's Joe Lunardi's Bracketology as a guide) with NBA-bound stars or departing seniors controlling their squads. Using NBA 2K, Agau and Melander customized the rosters to reflect reality, including player ratings, an actual tournament court plus school logos and uniforms. The bracket is divided into users playing on PlayStation and Xbox, with competition beginning on July 15.

Kentucky's Immanuel Quickley, Kansas's Devon Dotson and others are participating. The former Cardinal duo sees this as a way to try and make up for the unplugging of the biggest stage of these former players' college careers.

"Guys getting to miss out on that is really sad," Agau said. "If I would have missed out on it, having been there before, I definitely would have been devastated. We just kind of wanted to provide an experience that can some somehow bring that same excitement."

"What better way to get involved than to do something to give back to these guys that had something taken away from them, that they work so hard for and also to be able to give back to some different charities that will need the money currently," Melander said.

For this tournament, those charities are Direct Relief and Save the Children. Moving forward, Agau and Melander hope to catch the attention of NBA players in the Disney World bubble who might be looking for something to do. All in all, they want to connect and give more through gaming.

"We think this is a big launch point for us," Melander said.

"The biggest thing is giving back and trying to give an opportunity to others," Agau said.