'It makes me want to work harder to prove everybody right': Southlake Carroll QB Quinn Ewers named No. 1 recruit in the country for Class of 2022 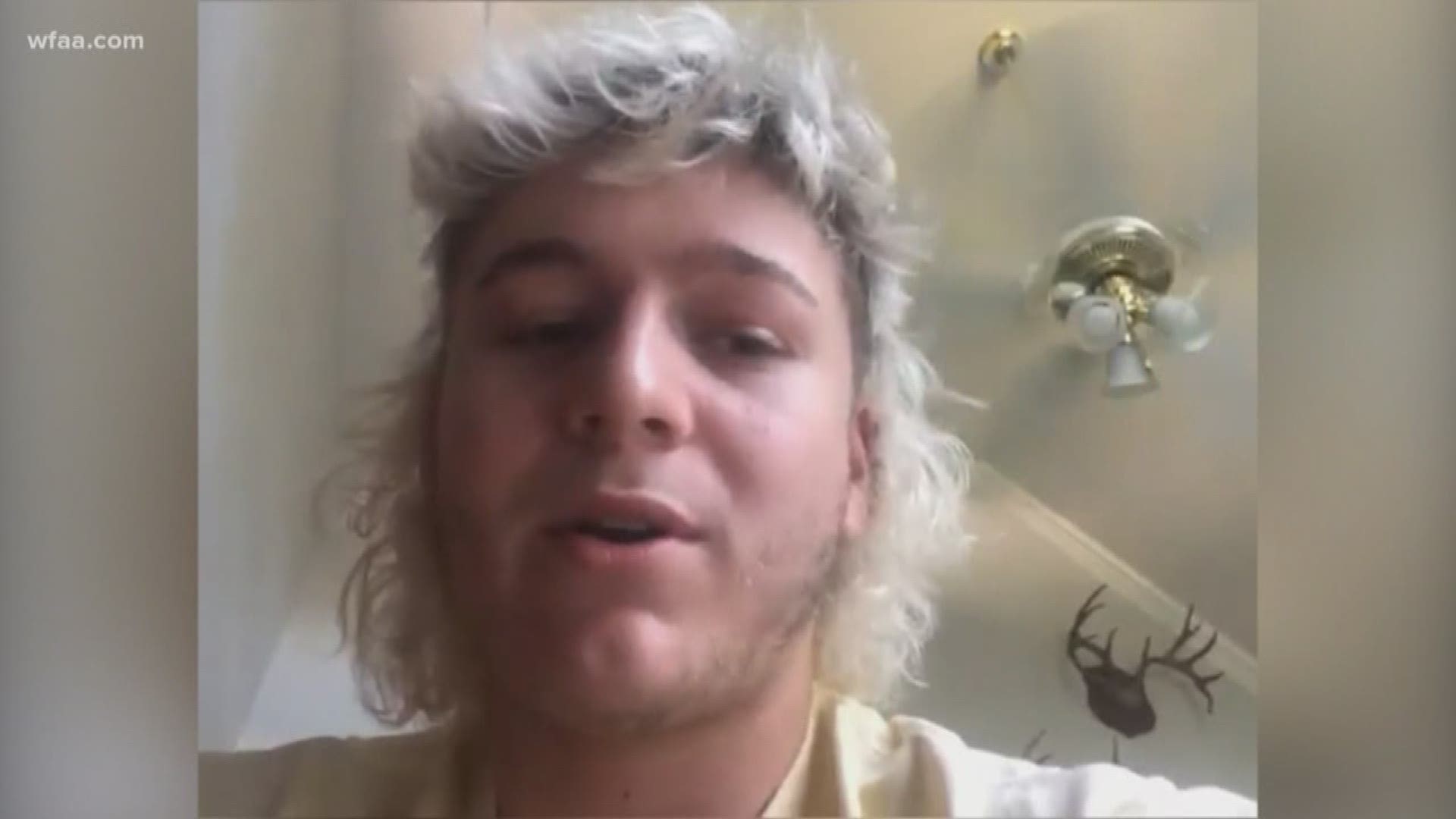 SOUTHLAKE, Texas — Quinn Ewers is not Joe Exotic, but they may have the same stylist.

"It started out a year ago. I was like, 'You know what, I'm gonna make this my statement.'"

The statement: A blonde mullet.

The bleached hair flows out from the bottom of his white and green helmet.

The 6-foot-3, 200-pound Ewers is the starting quarterback for Southlake Carroll High School.

The Dragons have a tradition of excellence at QB. Ewers has the potential to be the best they've ever had.

"I just try to go out there and be me, and be the best me I can be," Ewers said.

In his first year under center, Ewers threw for 4,000 yards and 45 touchdowns — as a sophomore.

This month, ESPN named him the No. 1 recruit in the country for the Class of 2022.

"I try not to think about it a whole lot because I don't want to become complacent," Ewers admitted. "That makes me want to work harder to prove everybody right."

How does he stay grounded?

"I hang out with my friends as much as I can," Ewers said. "Still be a kid while I can. Try to get away from football sometimes, you know? Football is not who I am. It's not a personality trait. It's just a sport."

A sport that has all of the nation's top college football programs after his right arm.

Ewers still has two more years of high school but already has offers from dozens of schools including LSU, Alabama, Ohio State, Oklahoma and Texas.

What was his favorite college team as a kid?

"The University of Texas," Ewers said. "My father and his family loved Texas. My mom's side of the family is from Oklahoma and they like OU, so it's always been like a grudge there."

Ewers thinks he'll commit to a school sometime next year.

Ultimately, he's hoping to follow the path of Detroit Lions QB Matt Stafford and Arizona Cardinals QB Kyler Murray — superstar quarterbacks from Dallas-Fort Worth who went No. 1 in the NFL Draft.

Southlake Carroll's long line of star quarterbacks did, too:

"That's the main goal right now," Ewers affirmed. "Keep protecting that tradition. We got to bring one back. It's been too long since we got one."

Almost a decade, to be exact.

Quinn Ewers has the potential to change that.