Coach Mathis and the Eagles are hoping to make Von Miller and the city of DeSoto proud. 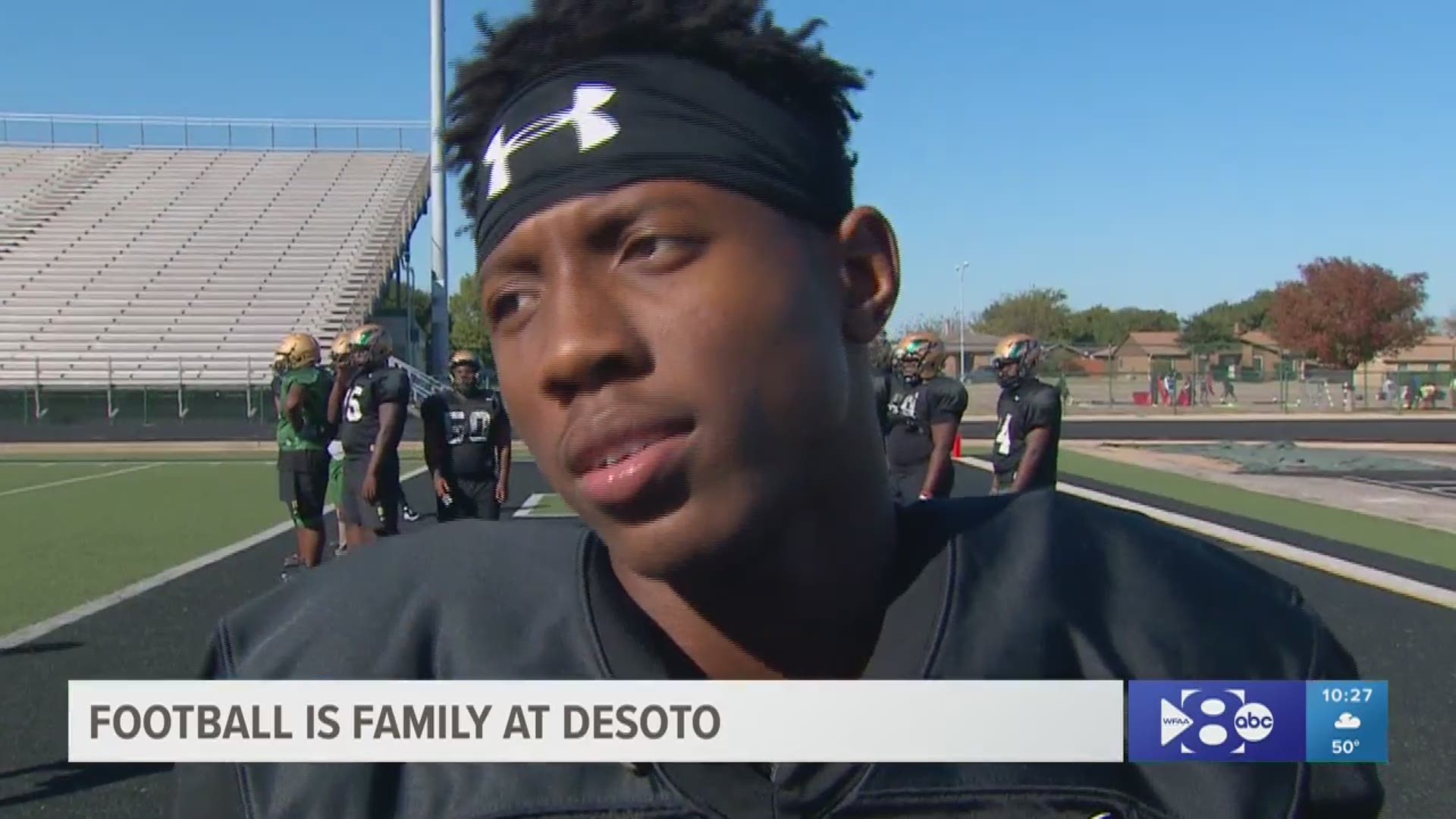 Mathis was head coach at DeSoto High School from 2008-2014 before leaving for a football job with Southern Methodist University in 2015.

Four years later, Mathis is back for round two with the Eagles.

"My kids go to school here," says Mathis. "I'm trying to make it my last stop."

Mathis wants to bring another state championship to DeSoto, but he has yet to win one with the Eagles.

But, Mathis has his eyes set on the Class 6A Division I State Championship.

Tradition is an integral part of DeSoto football, too.

The school has produced dozens of college and pro athletes, but the most notable graduate never won a state title.

He won a Super Bowl.

"DeSoto is who I am," Miller adds. "I bleed green and gold."

The Super Bowl 50 MVP was back home for the DeSoto homecoming game on Oct. 18. At halftime, the school retired Miller's #40 jersey.

"It was special," recalls senior cornerback and Oklahoma State commit Jabbar Muhammad. "I hope to see myself like that one day. I look up to him. It was special. For the community to come out, it meant a lot."

This year, Mathis and the Eagles hope to make Miller and the city of DeSoto proud.

So far, they look primed for a playoff run.