FC Dallas' Hollingshead on the crash he thought had paralyzed him

One look at Ryan Hollingshead, and you know he's been through a lot. 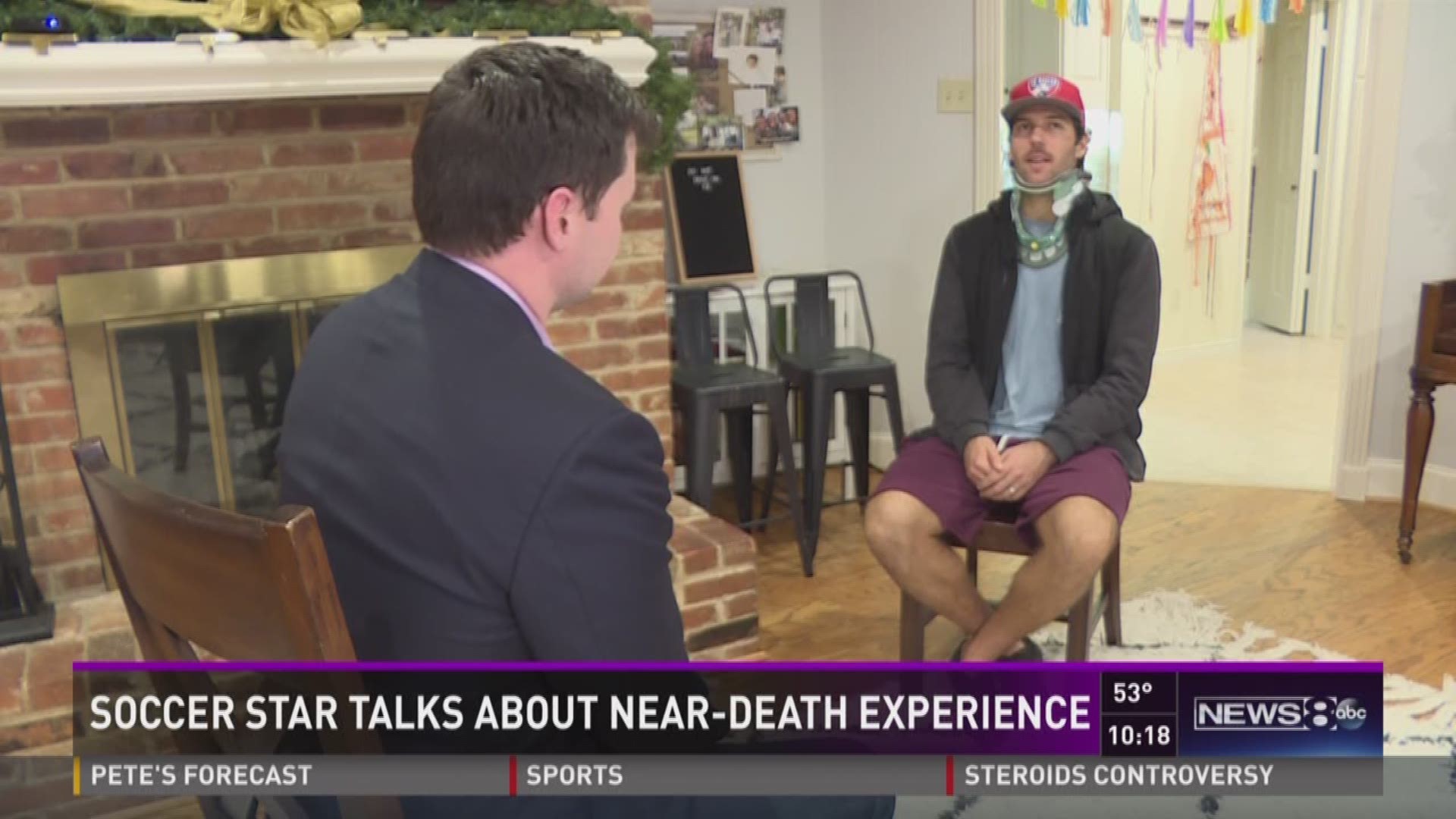 One look at Ryan Hollingshead, and you know he's been through a lot.

The FC Dallas professional soccer player now wears a brace around his neck. The start of his fourth season on the team has been put on hold.

"This is potentially an injury that could ruin your career," Hollingshead said Wednesday.

He is now telling his story for the first time. Just over a week ago, he stopped to help a distressed driver in an ice storm and wound up putting himself in harm's way.

It was the day when roads iced up across North Texas. Hollingshead and his wife, Taylor, were in Irving on Highway 161, when he saw an accident happen on the slick roadway.

"We saw a car in front of us slide out in some ice and slam into the median," said the 25-year-old MLS pro.

A photo from the scene where Ryan Hollingshead was hit while trying to help a stranded motorist.

The car smashed its headlights, and Hollingshead thought the driver was in a dangerous situation, so he stopped his car to offer assistance.

"When my wife and I thought we could help in any way, we wanted to try," he said.

The driver, Abiodun Shuaib, shared his story with News 8 last week. He remembers seeing Hollingshead and another man approaching his car, and then another car slid out of control.

The car hit Ryan and the other Good Samaritan, sending them flying some 30 feet in the air.

"I had no time to kind of react, and the last second, I jumped and turned and put my back towards the car," Hollingshead said. "The world was just spinning so much, I wasn't sure what was going on until I hit."

He said he initially thought he was paralyzed, but soon realized he could move his limbs. He was taken to the hospital, where doctors discovered three broken vertebrae, but amazingly, they think he will be okay if they heal properly.

"If I don't have to do surgery, it's a six-to-10-week recovery, and I'd be right back to play after that," Hollingshead said.

He can get back to playing on the field and playing with his young son, Huck.

Hollingshead is no stranger to helping others. After being drafted in the second round of the 2013 MLS SuperDraft, he forewent his first season with FC Dallas to help build a church in Sacramento -- to fulfill a promise to his brother, according to the team’s website.

He’s a Good Samaritan who put himself in harm's way earlier this month, and said he'd likely do it again.