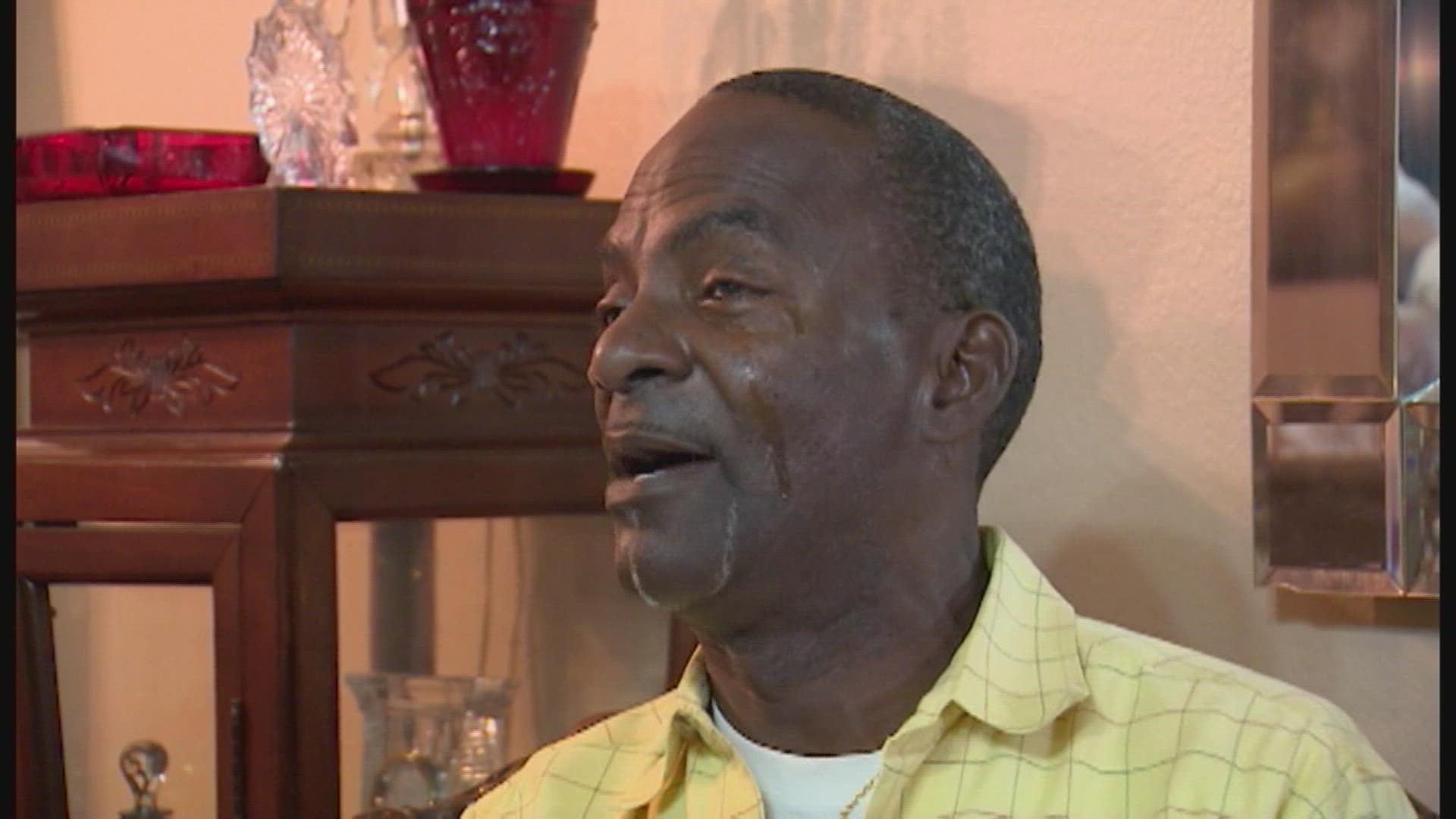 One day after his son died in a shooting, William Smith has a message for young people.

“Young men, young women, don’t believe the hype. Please, please put the guns down. Pray. Ask God to give you strength. You don’t need a weapon,” Smith said. “If you fall on your knees, go in a closet and talk to God, I guarantee you everything will be .”

Smith’s son Aaron Lowe was a star football player at West Mesquite, then moved on to play for the University of Utah.

“He didn’t have two or three goals. Never heard him talk about anything but being a professional football player,” Smith said. “As a parent, you don’t want to boast, but he was, he was just that -- He was a great kid.”

Early Sunday, Lowe was at a house party when he was shot and killed, just hours after his final game.

“His mother called me at 2:55 and she says, ‘Well, we lost a child’,” Smith said. “There is nothing. And I tell you nothing, there’s nothing on this earth I don’t think worse than losing a child.”

Since Lowe’s passing, family launched an online fundraiser hoping to raise funds for his funeral expenses.

Fans and friends have helped out in a big way. Dozens donated $22 for number 22 – a number Aaron wore honoring his West Mesquite and Utah teammate Ty Jordan, who also died in a shooting, less than a year ago.

Lowe was the first recipient of the Ty Jordan Memorial Scholarship. Lowe spoke of Ty after Ty’s death.

"Since the day I met him, I knew he would be a good person," Lowe said. "And it was because people always looked up to him. People always wanted to be around him."

Now, just months later, Lowe died in a shooting too. His family is leaning on faith.

“My God makes no mistakes,” Smith said. “A lot of people of people serve a lot of Gods. But the God that I serve, he’ll take care of me and I know it.”

One other person was critically injured in the shooting but is expected to survive. Police have made no arrests.