Steven Morgan has cerebral palsy, but it does not prevent him from loving football and living life. 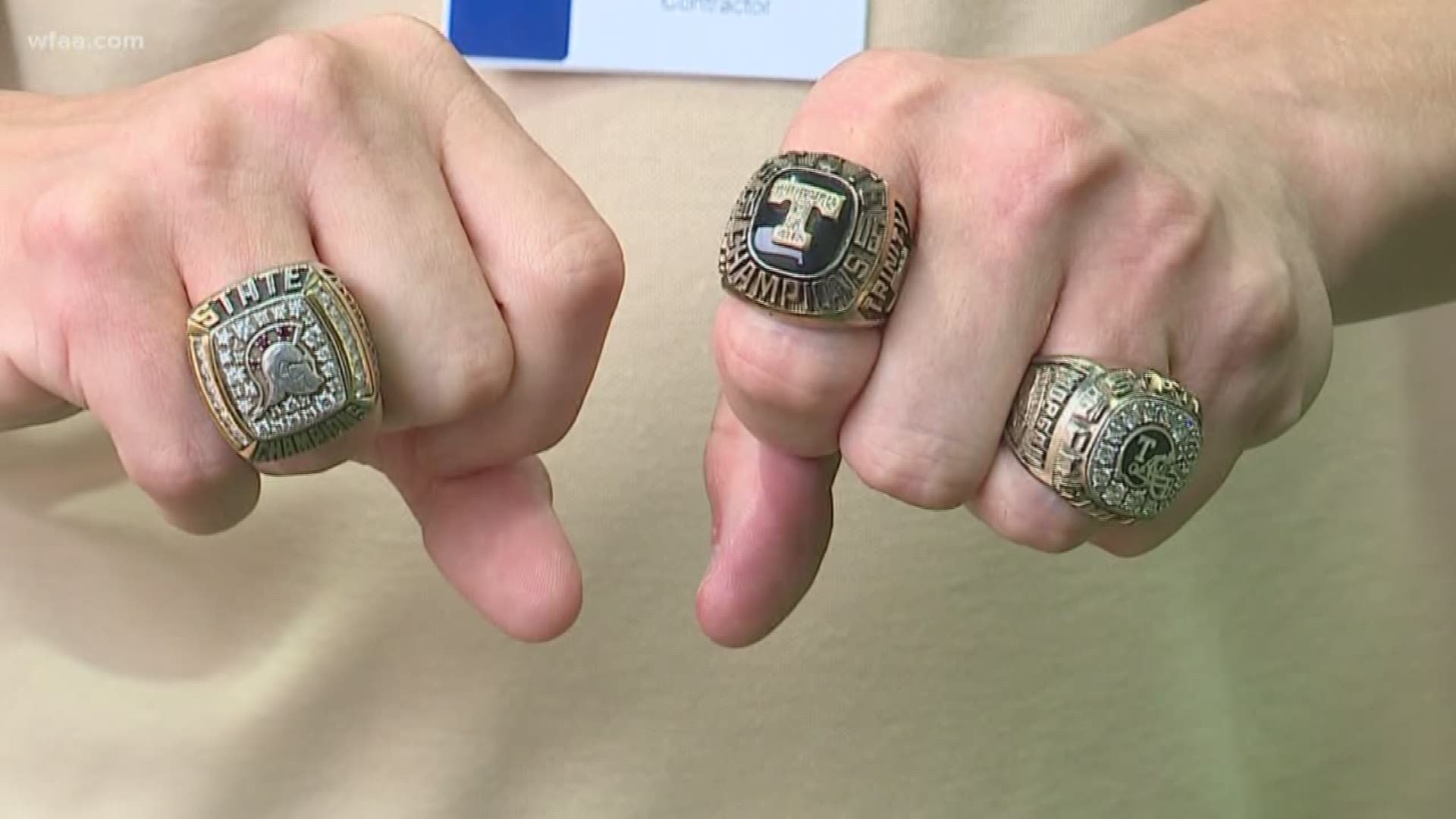 "I'm the general manager," Morgan declares with a smile.

What does that mean exactly?

"It means he does whatever he wants," jokes head football coach Chris Jensen. "He's always there for us."

Morgan, 36, has been a team manager since he was a student at the high school.

"Just being around the team makes me happy," Morgan admits.

"He's everything you need in a person," says senior cornerback Zavion Gore.

Morgan has witnessed the program's highest of highs and he has the jewelry to prove it.

Morgan is not just an ambassador for Euless Trinity football. He's a friendly face around town.

When he's not on the field, you can find him working five minutes down the road at Texas Health HEB Hospital.

"Got the glance for the windows," Morgan displays the cleaning solution, as he sprays the hospital's screen doors.

He handles various cleaning duties and greets folks at the entrance.

He started working at the hospital 16 years ago. He works part-time, so he can fulfill his football manager responsibilities.

"My brain can't tell my body what to do," he says.

That hasn't stopped him from walking the hospital halls or marching the sidelines.

The Trojans have won a lot over the years, but they have not won it all since 2009.

"This is the team that can do it," Morgan believes.

Morgan will be there roaming the sidelines. 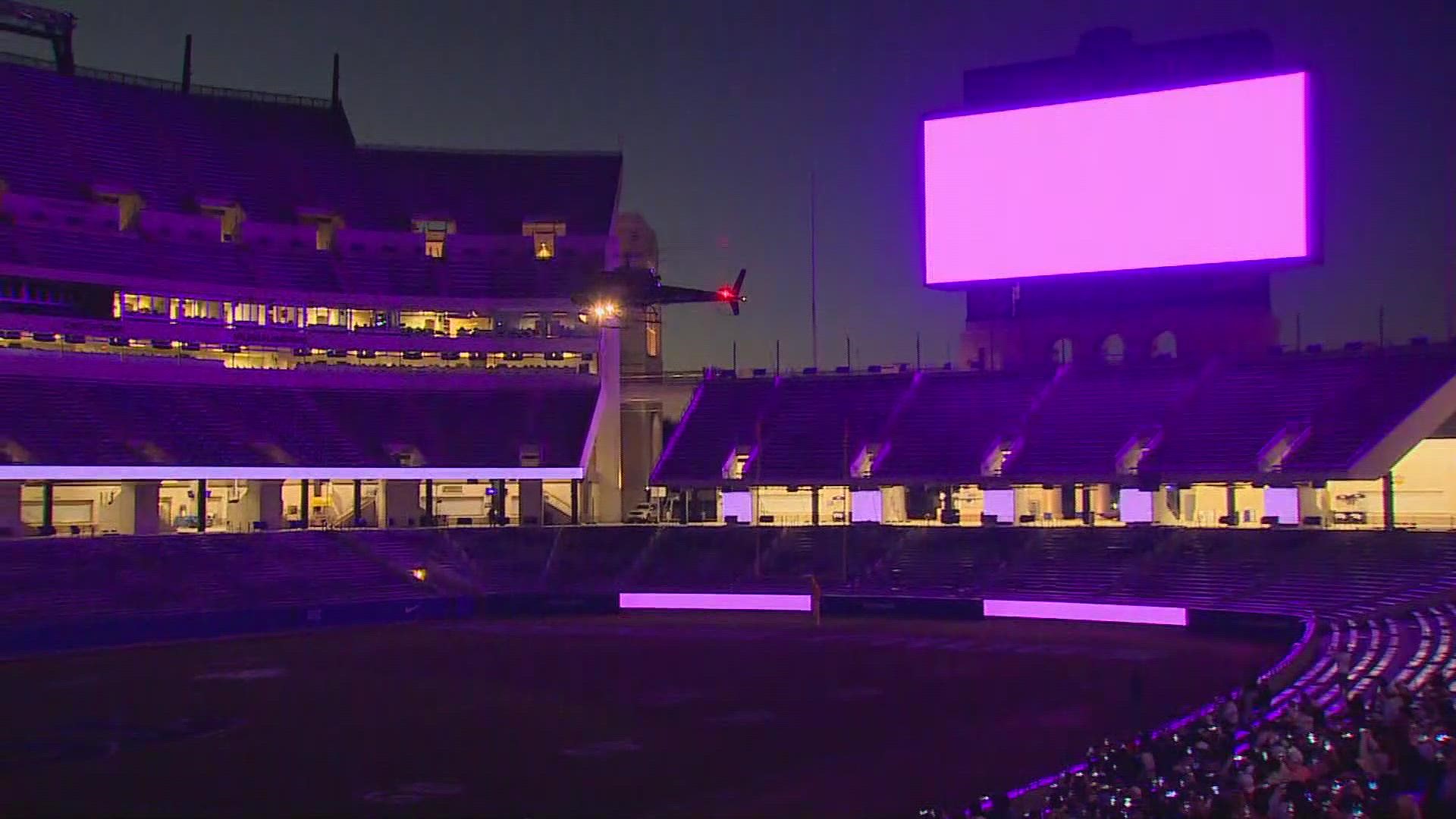