The Patriots women's golf team came from behind on Saturday against Lynn University, to earn a championship that was over a year in the making. 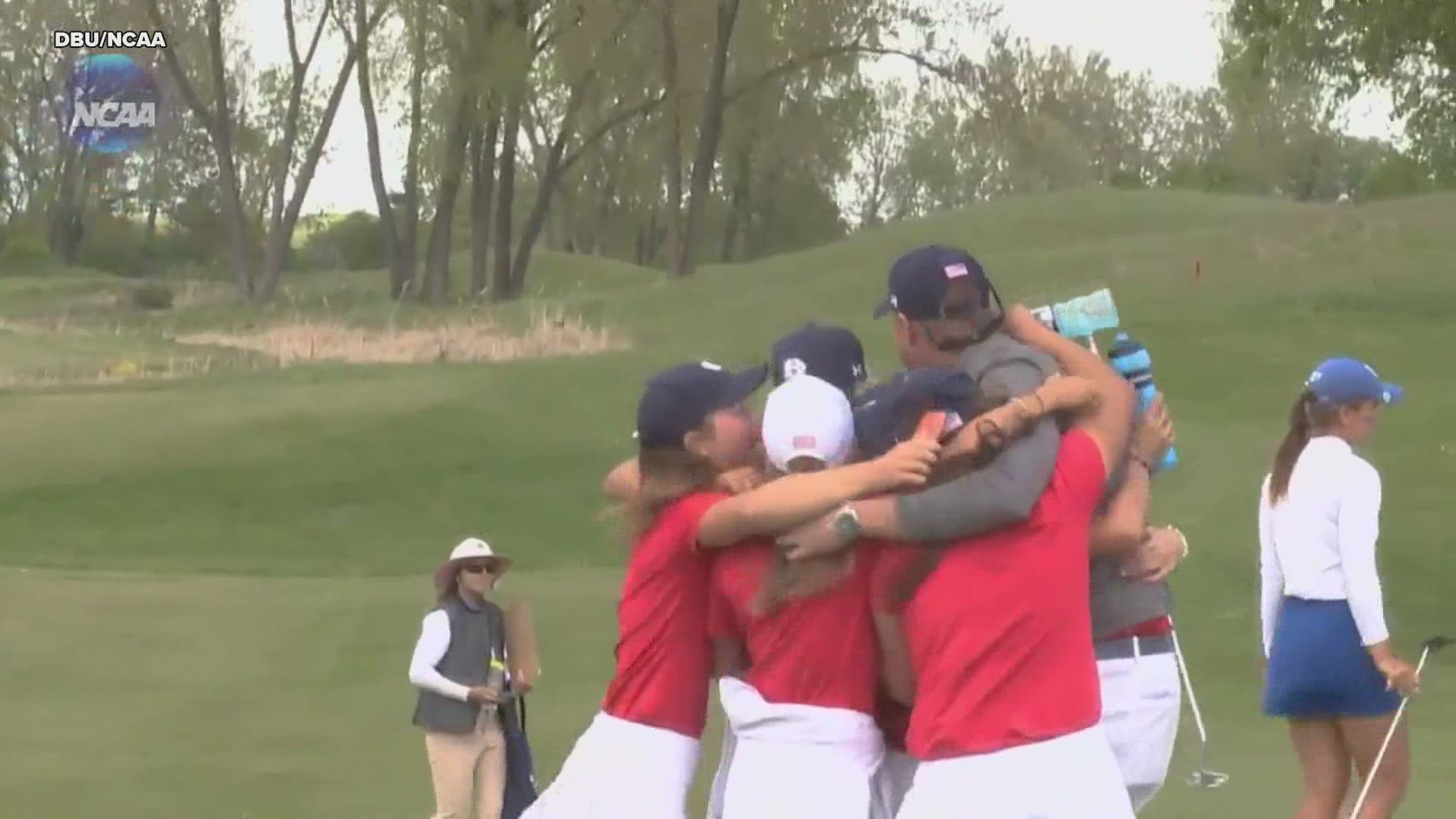 DALLAS — National Champions. A dream finish for any collegiate athlete.  And for the Dallas Baptist Patriots women's golf team, the dream came true on Saturday.

"It's surreal," senior Hanna Harrison said. "It really is. I woke up this morning like, 'I'm a national champion.'"

Dallas Baptist women's golf has been pursuing this championship for over a year.

"When COVID hit, we were number 1 in the country," head coach Kenny Trapp said. "You're kinda in shock, because you know you're playing really well. And then it's taken away from you."

Harrison and Evelyn Arguelles saw their senior year evaporate before their eyes. Fortunately, the NCAA allowed them and other seniors to come back for one more year.

"My story wasn't over," Harrison said. "My time with these girls and coach wasn't over. And I didn't want me and Evelyn's story to be ended because of COVID.  I wanted it to be on our terms."

Oh, it was. But not before DBU had to make a major comeback on Saturday, against Lynn University.

"There's probably so many people at home who thought that we were done," Hanna said.

The team's top player, Faith DeLaGarza, led her match by just a stroke. Olivia Mitchell trailed her match by two strokes. And Hanna trailed by three with seven holes to play.

"I really didn't have any doubts, honestly," DeLaGarza said. "I knew we're gonna find a way to get there, because we worked so hard for it."

That belief permeated throughout the entire team.

"I told myself all day," Harrison said, "I was like, 'You are not gonna lose your last college career match.'"

She didn't. Harrison came back to win her match by a stroke. DeLaGarza rode a birdie streak to a 7-stroke win. And capping off her own comeback, Olivia Mitchell finished off a championship, with the final putt of the competition.

"I wish anybody could feel it," DeLaGarza said. "It was like a roller-coaster up and down, but I'm glad we landed at the top."

A well-deserved championship, over a year in the making. And for Harrison and Arguelles, even longer.

"Meeting everybody at the green," Harrison said, "was what I've dreamed for, for five years."