Daybreak Rewind: From the ABA to the NBA, this former radio announcer has seen it all in Dallas

Terry Stembridge was a radio play-by-play announcer for the Dallas Chaparrals before they later became the San Antonio Spurs. 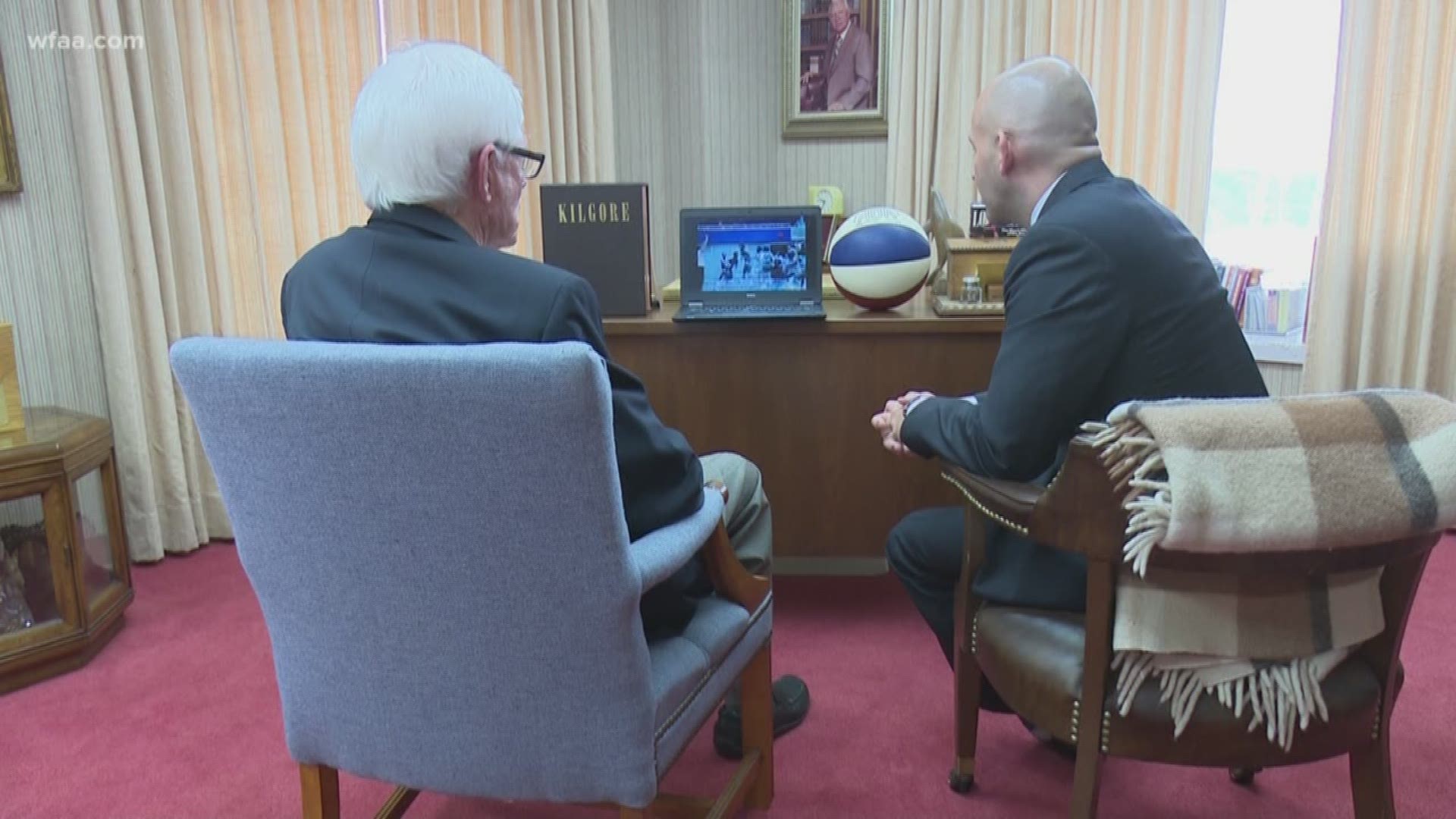 KILGORE, Texas — Pictures in his Kilgore, Texas office show a past life from a largely forgotten chapter in Dallas sports history.

But Terry Stembridge can tell you every detail.

“I can tell you stories about all these players. I remember them well,” Stembridge said while watching archived film from SMU’s Jones Film Library.

As he rattles off names like Joe Hamilton, Goo Kennedy and other players who made up the Dallas Chaparrals, he sees a younger version of himself pop up on the screen.

"I remember that night.”

Stembridge was the radio play-by-play announcer for the Chaparrals, the American Basketball Association franchise that spent six seasons in Dallas from 1967 to 1973. They split home games between the Dallas Memorial Auditorium and the Moody Coliseum.

Pieces of memorabilia and old newspaper clippings Stembridge collected during that bygone era are quite the trip down memory lane. A red, white and blue basketball, which became so synonymous with the ABA, sits on his desk.

“[The ball] was a great marketing tooI. The crowds loved it,” he said. “I am very proud of my time in the ABA. The ABA revolutionized basketball.”

The league competed with the NBA for the best players and is credited with innovations like the 3-point line and advanced statistics now commonplace in the game.

A ticket brochure in a file cabinet shows the cheap seats to watch a game at Moody Coliseum were just $3 but it still was not enough to sustain.

“The crowds were small and (running the team) cost too much,” Stembridge recalled. “We were generally on the back pages of the Dallas papers.”

The owners sold the team to a team of buyers from San Antonio led by Red McCombs at a price of $1.6 million, but when they group later said they could only come up with half that amount, the team was sold to them anyway.

“In the light of history, they got a great bargain.”

McCombs moved the team to San Antonio where they would become the San Antonio Spurs and later be absorbed into the NBA. Stembridge went with them and continued as the radio play-by-play man for many years.

Now working in the oil industry, his team allegiance is still with the city where it all began.

“I have season tickets for the Mavericks. Section 116. Best seat in the house.”

Just like he had to witness a historic era in basketball.