The 'Bible' of Texas Football was first issued in 1960. This year marks 60 editions of the magazine, & they've endeavored on a unique project to memorialize 60 years 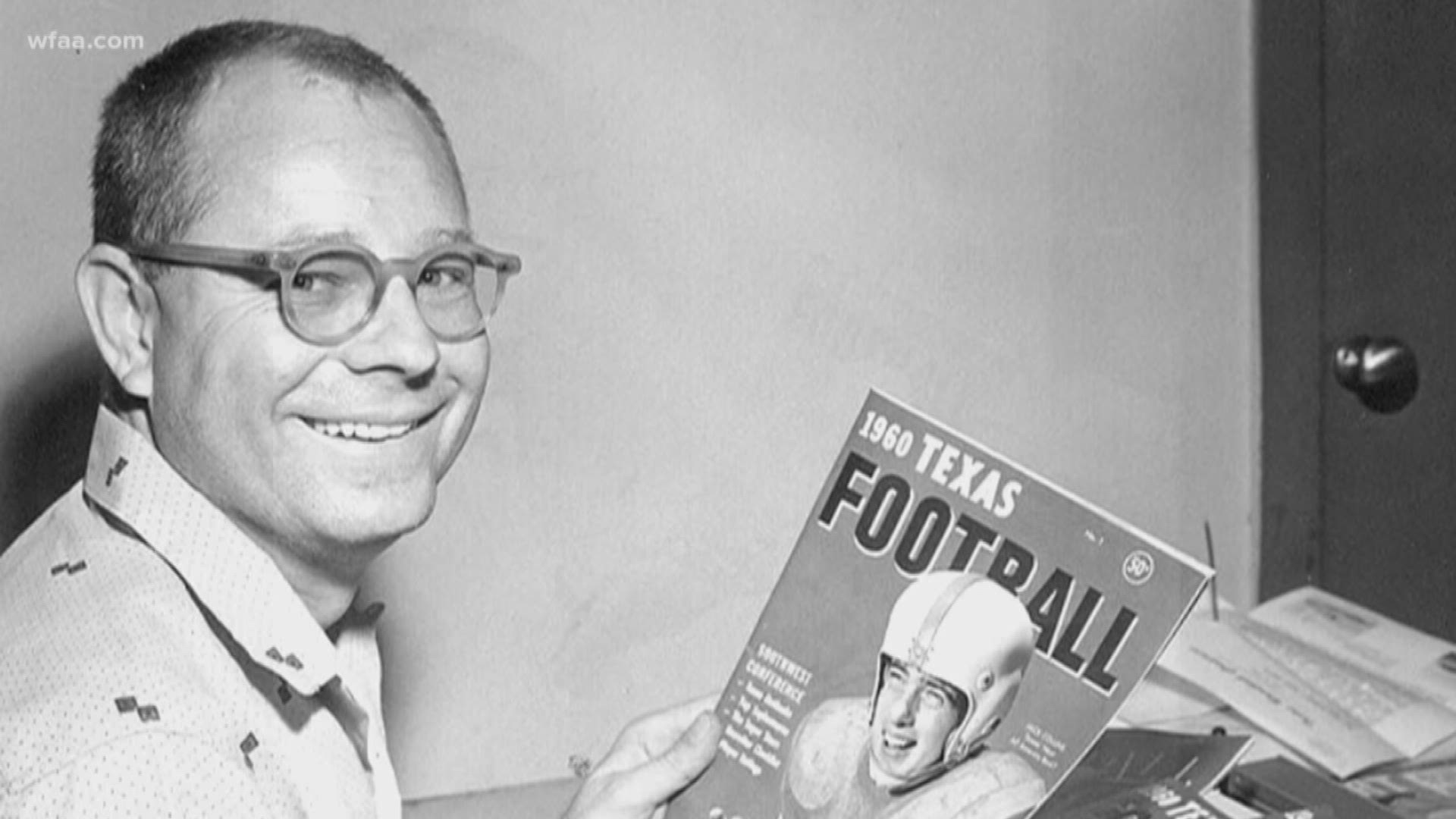 LEWISVILLE, Texas — It's the first thing many Texas football fans do in late June or July.  It's how they know whether Mansfield Summit or Sachse or Irving MacArthur will be any good this year.

Dave Campbell's Texas Football magazine is one of a kind.  Which, really, is why it's been able to last this long.  Their 2019 edition will mark 60 years worth of magazines.

And to think, it almost didn't happen.

"Dave, in 1960, he had two ideas, there sitting at his kitchen table in Waco," managing editor Greg Tepper tells us, as we sit in the DCTF headquarters in Lewisville. "He was either going to start a magazine that covered the Southwest Conference and covered Texas High School, you know 'schoolboy teams' as they called them... or he was going to start a regional bowling magazine.

"I personally am very glad he chose the football magazine."

So is Texas.  The passion in this state for Friday night's, big rivalries, and state playoff runs is unmatched around the country.  Heck, there's a fervor here for the small rivalries, and teams who don't make the playoffs.

"We wouldn't do it if people didn't ask for it," Tepper said.  "You would not believe the phone calls I get, about the preview we write for a school with 104 kids in it, because maybe we're underrating that team.  But that passion, I love getting those calls, I love getting those tweets, I love getting those 'you're underestimating this small team that maybe nobody is paying attention to, because that means they're passionate, and that's what drives this magazine."

But all that history isn't easy to get your hands on. Many of these editions have scant few copies left over -- even at the magazine's headquarters.  So this spring, they teamed up with the Non-Pareil Institute, an organization that helps to provide better futures for adults on the autism spectrum, to digitize all sixty editions.

"You know, when you have 60 years of magazines, that's a lot of content," Tepper said. "And what the Non-Pareil Institute has been able to do in our partnership has been unbelievable."

And the team at NPI are devoted to the project.

"Dave Campbell's Texas Football is benefiting from the work being done," NPI director Mark Theurer said, "our crew members are benefiting from getting trained, getting work experience, and getting paid for it, so it's very much a win-win for everybody involved."

A team of eight works on the magazines, placing every last page on a scanner, to digitize thousands of pages of history.

"Something about repetitive, just doing the same thing over and over, it's just calming to me," NPI student Dan Sutterfield said. "I don't know why.  Other people find it boring, I just find it calming."

The end result -- sixty years of history, right at your finger tips..

Dave Campbell is 94, now. He's still the editor-in-chief, but the team in Lewisville is responsible for carrying on the tradition he built.

"We take the fact that Dave Campbell's name is on the masthead very seriously," Tepper said.  "Dave Campbell gave us this great gift of this legacy, that it's our job to maintain.  And to reach 60 means a lot to us, I know it means a lot to Dave, and it's a milestone that a lot of people, and lot of magazines, a lot of publications never get to.

"It's a charge to keep. It's a legacy to maintain. And it's something that everybody in this room really takes seriously."