Xavier Velasquez has been virtually training his officials to prepare for this fall – while battling COVID-19. 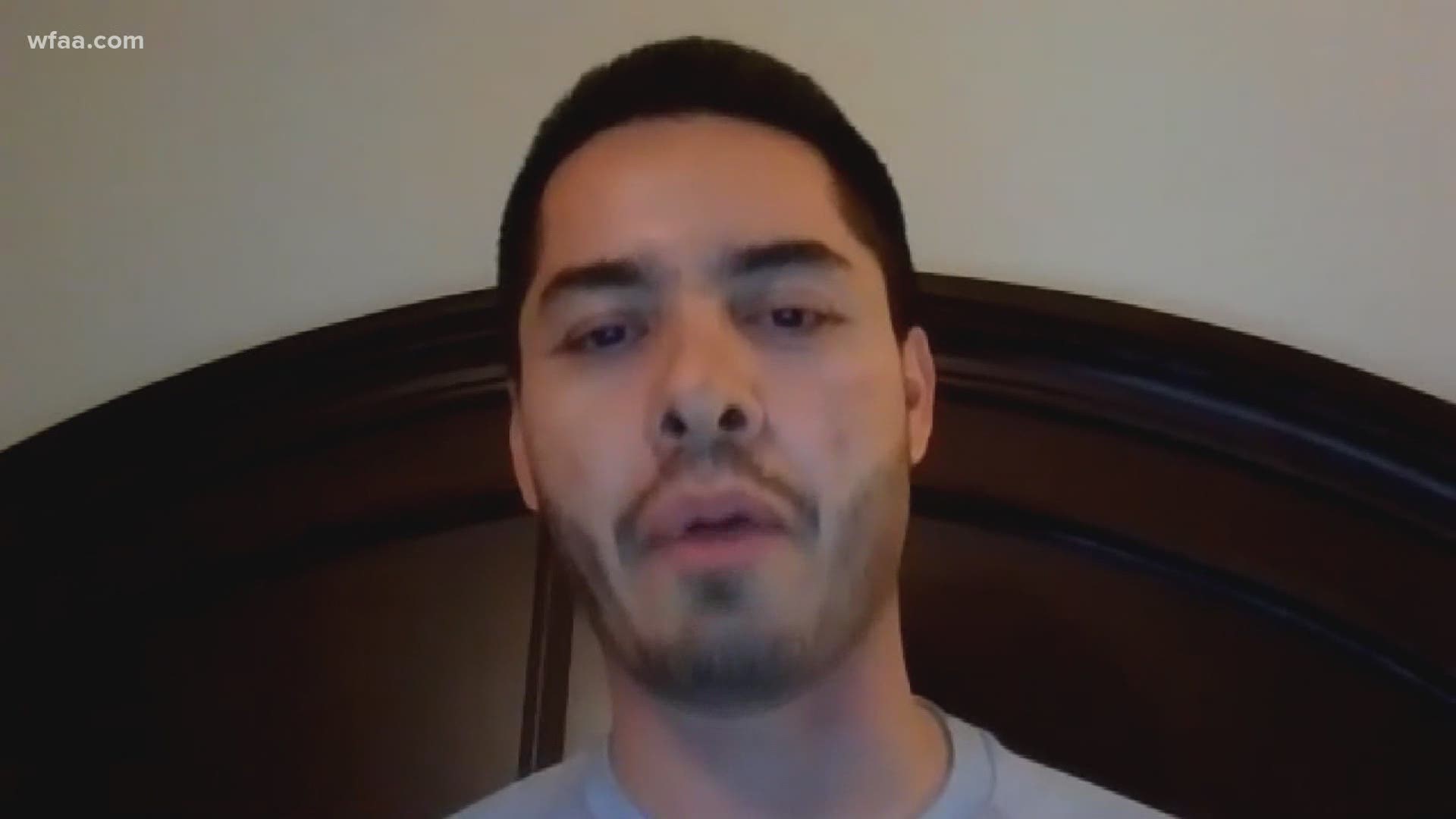 DALLAS — Though the fall football season remains uncertain, Xavier Velasquez has been training referees as if the game will resume this year.

It doesn't feel likely that there will be high school football in the fall, but players, coaches and officials have to prepare.

"But in case we do get going full force, we want to make sure that we're ready to go," said Velasquez, the vice president of the Dallas Football Officials Association.

Velasquez and the organization have been hosting virtual training sessions for more than a month.

Typically, there are 100 people in one room asking questions, but the sessions have moved online during the coronavirus pandemic.

What many of the officials watching Velasquez's sessions didn't realize, is that he'd been battling COVID-19.

"It took everything I had to be on an hour-and-a-half call," he said. "And then after that I would kind of just, you know, lean over and pass out, whenever I was real sick."

He had symptoms for three weeks. Though he never had trouble breathing, Velasquez had "every other symptom you can think of."

Velasquez remained quarantined in a room inside his house, away from his wife and three daughters.

"My wife has been sleeping upstairs and the girls have been sleeping outside, so I've had like no contact with them, which has been really weird. But, I mean, we had to do it," he said.

He did video calls with his family while isolated.

"That was weird enough to FaceTime somebody in the next room, but you know, whatever we had to do, we tried to do it," Velasquez said.

He was well enough last week to finally see his family in person again.

"Everybody bum-rushed me and gave me a hug and they were happy to be able to interact with me again," he said. "So that was that was great, that was really uplifting."

Velasquez continues to lead the training sessions and prepare for what he hopes will be a 2020 football season.

"Looking to the fall, you know we just really hope that we can get going, because that's a big part of our lives," he said.