The Dallas Mavericks donation to domestic violence shelters came after a lengthy investigation into sexual harassment and misconduct in the workplace. 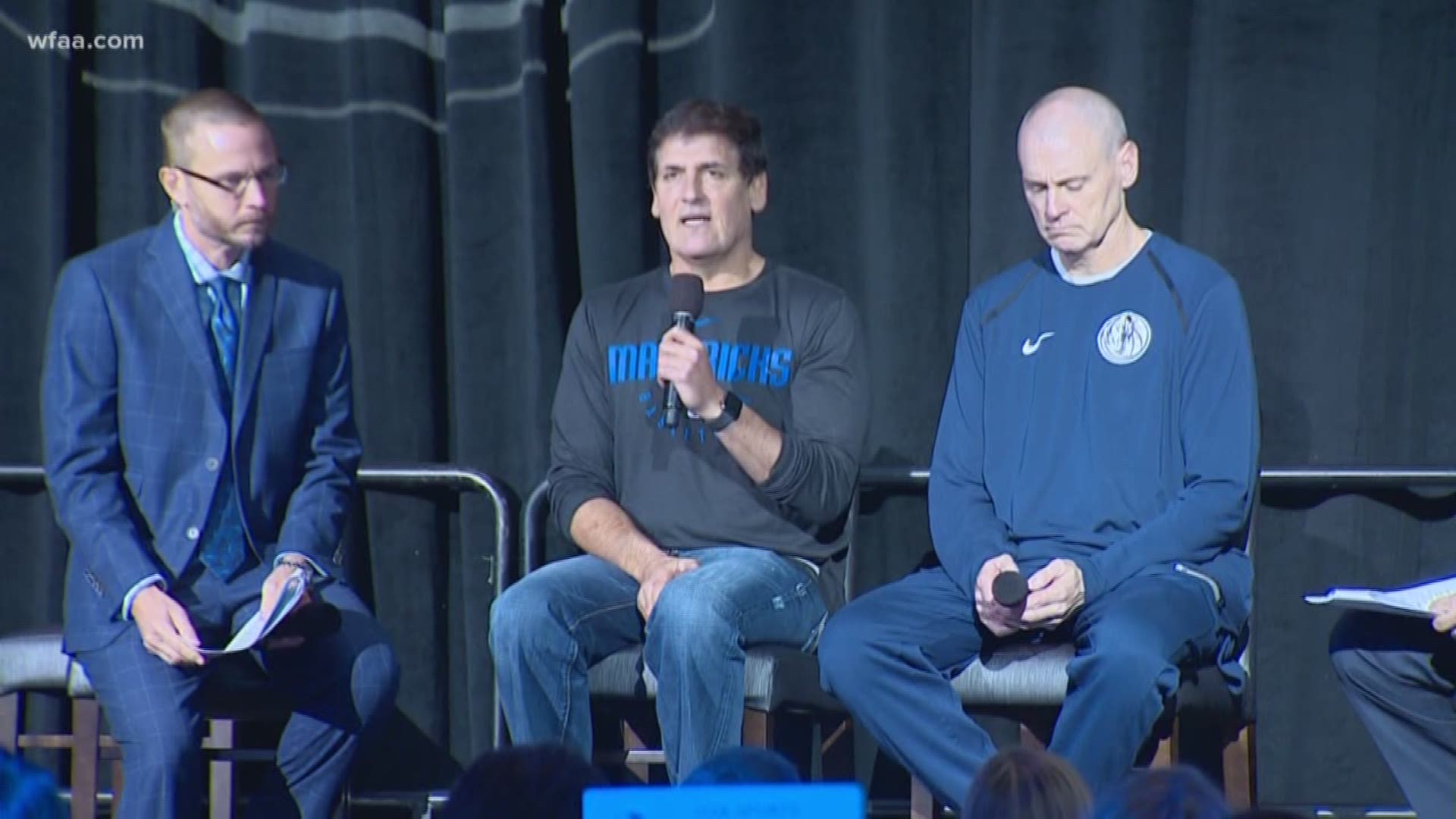 DALLAS — The Dallas Mavericks are just days away from tip off.

But, right now the Mavs focus is on more than just basketball. It's also on cleaning up their image and starting over.

In the last few days, the Mavericks have donated more than $1 million to domestic violence shelters in North Texas.

While the Mavs held their yearly luncheon to kick off the season, owner Mark Cuban thanked supporters for sticking with them through trying times.

"It's really been special that you have all stuck by us and that's allowed us to get to basketball,” he said.

Cuban agreed to give $10 million to organizations that help domestic violence victims and groups that empower women.

It came after a lengthy investigation into sexual harassment and misconduct in the workplace.

"He wants to be the lead of how a company can take that culture, shift it and make sure in the workplace everyone is safe,” said Paige Flink, CEO of The Family Place, which is among the groups receiving money.

The Mavs have teamed up with the shelter for The BE Project. They'll be working with boys and girls basketball teams, starting with Cedar Hill, to talk about respect in dating relationships and signing pledges to be non-violent.

"Most violent relationships start out in dating," Flink said. "It doesn't begin when they are married. It's starts in dating."

"My mother was a victim of domestic violence as were her children and so the Lord has been very good to us. We were able to get support and resources to help us,” Marshall said.

"It's already made a difference with us because we are able to put women in hotels,” said Debra Bowels, Women Called Moses CEO.

The Mavs say they know they had serious problems but now want to be part of the solution.