After waiting for his turn for many years, Dallas Cowboys legend Drew Pearson was selected as a member of The Pro Football Hall of Fame's Class of 2021

DALLAS — It was the day the boulder finally rested atop the mountain for Sisyphus.

Former Dallas Cowboys All-Pro receiver Drew Pearson was selected for the Pro Football Hall of Fame Saturday night. The "Original 88" flew to Tampa on Friday with confidence he would get inducted into the hallowed halls of football legend.

It was the same confidence Pearson displayed throughout his 11-year career with the Cowboys from 1973-83; the same confidence that allowed him to catch winning touchdowns from Clint Longley on Thanksgiving in 1974, the Hail Mary from Roger Staubach in the 1975 NFC divisional, and the game-winning touchdown from Danny White in the 1980 NFC divisional.

Just like with those game-winning catches, Pearson ultimately came out on top in the clutch when hope appeared to be lost.

What helped Pearson's case to get into the Hall of Fame was the Centennial Class from 2019. To commemorate the NFL's 100th season in 2019, the Hall of Fame decided they would have a 20-member class. While Pearson made the case to be among the enshrined, which included teammate Cliff Harris, his induction failed.

RELATED: Drew Pearson and his call to the 2021 NFL Hall of Fame

However, it brought his name back to the surface of voters, some of whom only have highlights and stats to tell the tale of his career. Furthermore, the 20-member class also cleared the way for more former players to have realistic shots at induction as a senior selection, of which only one is allowed per class.

I would figure the centennial class clears a lot of the senior committee backlog to where Drew Pearson has a more viable shot in 2021 than he did in previous years. https://t.co/Wnf9s4NjXz

An undrafted free agent in 1973 from Tulsa, Pearson signed a contract with the Cowboys and asked for his $150 signing bonus in cash so he could have enough gas money to drive back to his college in Oklahoma. Vice president of player personnel Gil Brandt did a masterful job culling hidden gems among the undrafted free agent class, and Pearson had one of his best chances at having a long career in Dallas.

Pearson's shot came in Week 8. Veteran receiver Otto Stowe, who the Cowboys acquired from the Miami Dolphins in the offseason, broke his ankle the game before. The pathway was opened up for Pearson, and he caught 22 passes for 388 yards and two touchdowns during his rookie campaign playing opposite of Cowboys legendary receiver Bob Hayes.

In 1974, the Cowboys shipped Stowe to Denver after he expressed unhappiness with his contract. Pearson assumed the starting role and made All-Pro as he led the Cowboys with 62 catches for 1,087 yards and two touchdowns, one of which was the game-winner over Washington on Thanksgiving at Texas Stadium. The baton of Cowboys receiving greatness had been passed from No. 22 to No. 88.

The 6-0, 184-pound former quarterback from South River, New Jersey, developed an apt cognomen throughout his playing career: "Mr. Clutch." Pearson's knack to come up with crucial receptions for Dallas was no more evident than in the 1975 NFC divisional at the Minnesota Vikings when he caught a 50-yard touchdown pass from Staubach, who said after the game he said a Hail Mary and let the pass fly.

Pearson retired as a Super Bowl champion and a member of the NFL's 1970s All-Decade Team, a meritorious roster that is also voted upon by Hall of Fame voters. Nevertheless, Pearson struggled for over 30 years to get the recognition that he had produced a Hall of Fame-worthy career.

Former #Cowboys WR Drew Pearson tells @1053thefan he has always talked positive about the @ProFootballHOF. Said he wasn't bitter about the Hall of Fame, the process, and didn't want the process to get in to change just because of him.

Against the Vikings, Pearson had not caught a pass all game until Dallas' final drive, where he produced four catches for 91 yards and the winning score. He got the job done in clutch fashion. Similarly, his Hall of Fame induction came down to crunch time, with no evidence that victory was on the horizon, and Pearson found a way to come out a winner.

What are your favorite memories of Drew Pearson with the Cowboys? Share ‘em with Mark on Twitter @therealmarklane. 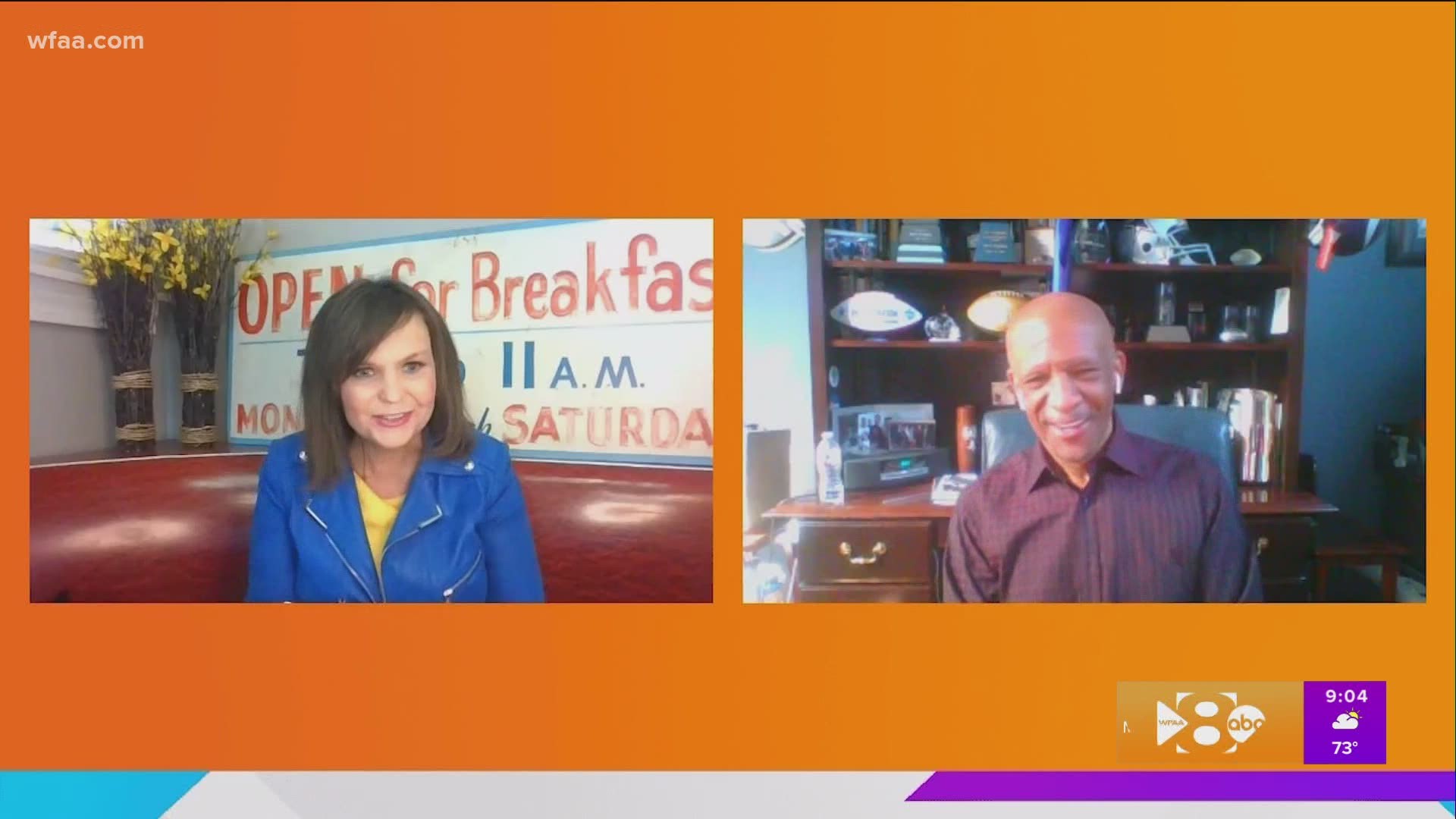