Cup of Joe: Cowboys ‘Hot Boyz’ should remain on fire

Seattle — The Cowboys try to make it two in a row as they match up against the Seahawks at the home of the 12's. Grab a 'Cup of Joe' to get Joe's insights on game three of the season. 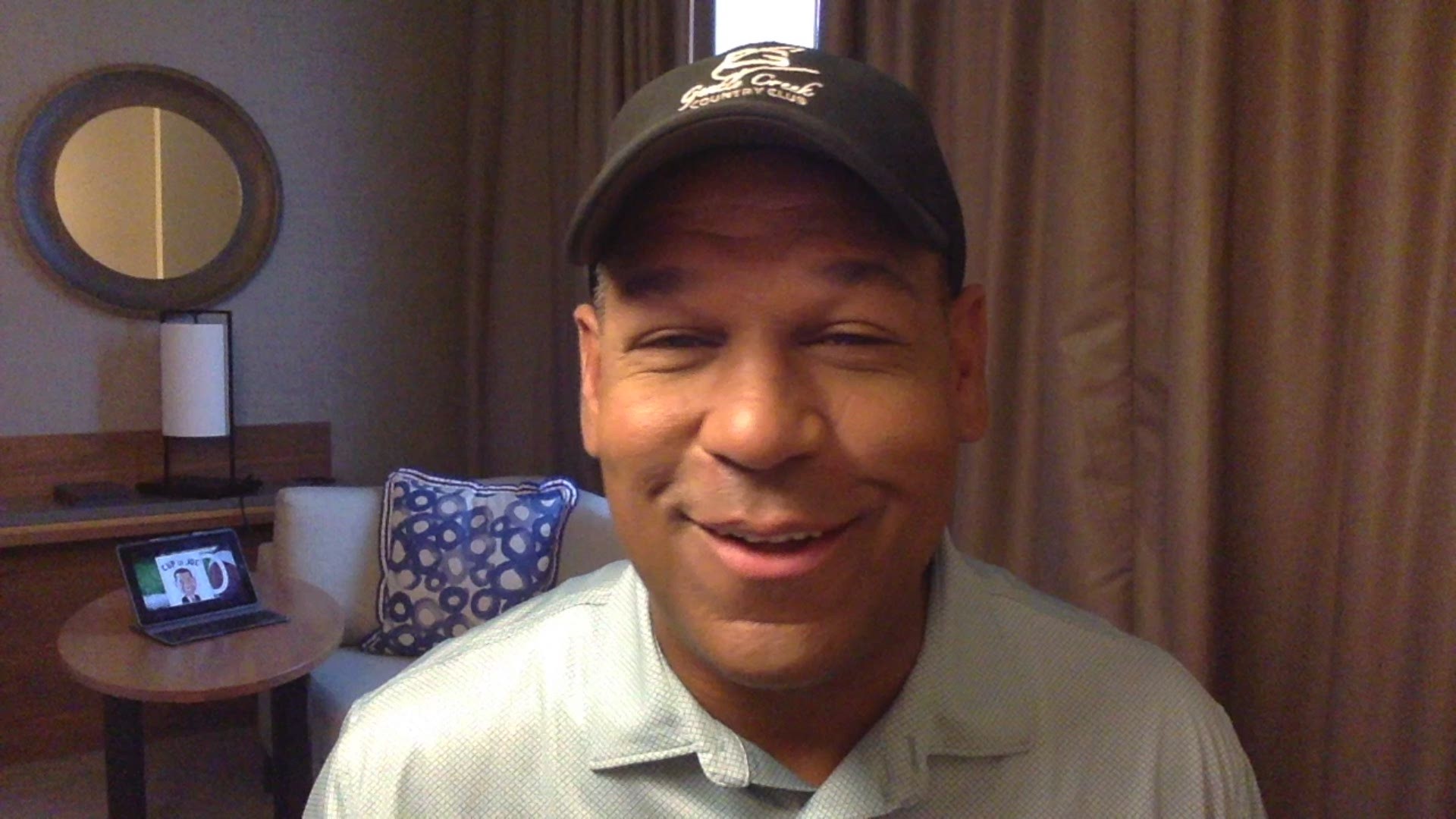 Seattle — The Cowboys try to make it two in a row as they match up against the Seahawks at the home of the 12’s. Grab a ‘Cup of Joe’ to get Joe’s insights on game three of the season.

New passing game coordinator Kris Richard’s aggressive play-calling has netted nine sacks in the Cowboys first two games, ranking second best in the NFL. Couple that with the Seahawks giving up a league-high 12 sacks in the first two games and we should expect the ‘Hot Boyz’ to wreak more havoc.

The nickname for the defensive line is the brain-child of second-year defensive end Taco Charlton. But the ‘Hot Boyz’ have had help. The sacks have come from all levels of the defense with eight different players accounting for the nine sacks.

Richard will be facing his old team, so look for him to try and exploit some of his local knowledge if you will. Look for the Cowboys to add four or five more sacks to the quickly growing total.

The Cowboys and Seahawks have been talking for months about making a trade for Seattle safety Earl Thomas. There was more intrigue added to the situation when Seattle coach Pete Carroll told reporters there’s a possibility that Thomas may not play this week because of personal issues. Thomas missed practice twice this week, with Carroll confirming he is not hurt.

Thomas, a Texans native who went to UT, told Cowboys coach Jason Garrett to, “come get me” after the Seahawks beat the Cowboys last December. The Cowboys have tried to do just that more than once in the offseason, but don’t want to offer more than a second-round draft choice.

With another loss putting the Seahawks at 0-3, and their season going nowhere, could a deal be worked out? Could Seattle be holding Thomas out so he doesn’t risk injury before a deal is made with the Cowboys or another team? Will the Seahawks be more likely to block a trade to the Cowboys because of the public way Thomas has handled his holdout and contract situation? Or would the organization want to reward one of the major players in their Super Bowl title run? All the questions and speculation adding another layer of interest to this one.

QB’s gaining on the ground

Dak Prescott backed up his words against the Giants. “Challenge accepted,” was his response to Giants safety Landon Collins calling him out, and Prescott’s play

Prescott gained a career-high 45 yards on seven carries, and his ability to move the ball with his feet made the difference against the Giants. In fact, in the Cowboys first two games, the quarterback with the biggest impact on the ground turned out to be the winner, with Carolina’s Cam Newton playing that role in the opener.

I expect the Cowboys to call about 4-5 designed runs for Prescott. I completely agree with Stephen Jones when he says, “you can’t consistently serve your quarterback up as a runner.” But in limited opportunities on the ground, Prescott makes enough of an impact to keep the Seattle defense honest, thereby making the lift for Zeke Elliott and the offensive line just a little more manageable.

Russell Wilson will present the Cowboys with a tough task this week. There’s no doubt the Cowboys will create pressure against the Seahawks less than stellar offensive line, but getting Wilson on the ground is a different matter altogether. Look for the Cowboys to employ a spy to keep an extra set of eyes on Wilson when they bring pressure.

Time for Zeke to bust loose

I said before the season that running back Zeke Elliott would have to put on a superhero cape just about every week for the Cowboys to get where they wanted. That was before I got tangible evidence the Cowboys young defense has a chance to come of age, especially with Kris Richard’s play calling.

So, perhaps it’s not a necessity, but rather it’s just time. Time for Elliott to return to his post as one of the premier producers in the league. His 147 yards rushing in two weeks ranks seventh in the NFL. Elliott should rank higher than that before all is said and done, but perhaps there is something to the fact that Elliott is a relatively slow starter.

He’s averaged just 65.5 yards per game in the first two games of the season, in his first two seasons. But in game three through the rest of the year, that number explodes to nearly 113 yards per game. Like I said, perhaps now is the time to feed Zeke. Look for 20-25 chances and I think Zeke surpasses the century mark on the ground for the first time this season.

The Cowboys have a slight edge overall, but let’s not forget the impact of the 12’s. In the last six years, the Seahawks have won 38-of-48 games at home. That’s a near 80 percent success rate.

But the Cowboys will cut into that just a little, notching their second win of the season 23-17 over Seattle.