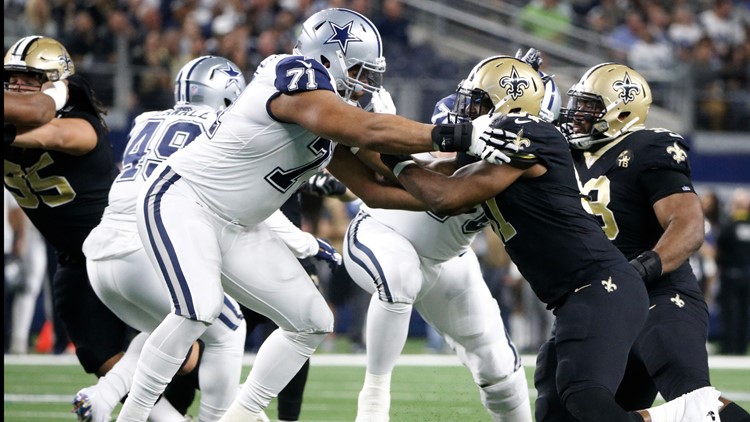 FRISCO, Texas — As the wait continues for running back Ezekiel Elliott to sign his long-term extension with the Dallas Cowboys, one of the road-graders who line up in front of him every play has agreed to terms with the organization on a five-year extension.

La'el Collins will be a Dallas Cowboy for the foreseeable future, locked up now for the next six seasons thanks to this five-year extension. Collins was signed by the Cowboys after the 2015 draft, after Collins went unselected.

(Collins was supposed to be a Top 10 pick in that draft, but teams were wary of selecting him because of concerns surrounding the shooting death of a former girlfriend -- concerns that quickly were proven unfounded. He was not a suspect in the case, and was merely talking with Louisiana State Police because he had a prior relationship.)

In the four seasons since then, Collins has turned into a very serviceable right tackle, and a solid piece in a stellar Cowboys offensive line, as Dallas has featured the league's leading rusher in two of the last three seasons in Elliott.

Now the Cowboys have Collins, right guard Zack Martin, center Travis Frederick, and left tackle Tyron Smith locked up through at least the 2023 season -- and all four of them are in their 20s still.

And the wait continues for Ezekiel Elliott... but that wait may end as early as Tuesday.