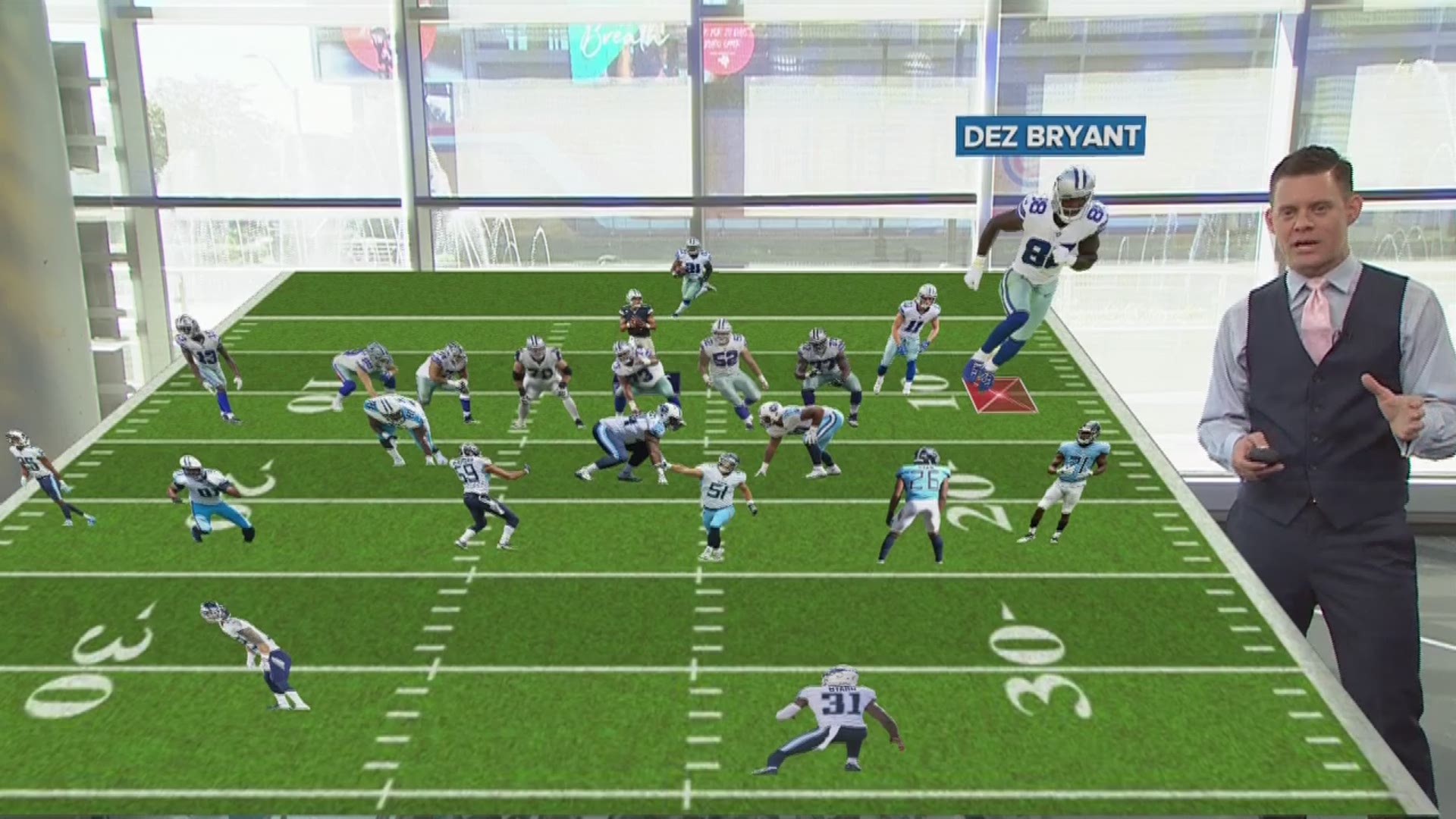 DALLAS — The Dallas Cowboys have turned in two of their most dominant offensive performances of the season in the past two weeks with wins at Philadelphia and Atlanta, and the front office cites the trade for receiver Amari Cooper as the cause.

In addition to better execution, chief operating officer Stephen Jones told "G-Bag Nation" on 105.3 The Fan Monday that the transaction for Cooper is the big cause for better offensive production.

"I think you got to look at it and say certainly Amari Cooper is making a difference in terms of what the defense does to account for him, and I think it loosens him up," said Jones. "When they're focused on Amari, I think the other guys are obviously getting better match-ups."

Running back Ezekiel Elliott certainly has seen an increase in production in the past two weeks, collecting 385 scrimmage yards and three total touchdowns on 55 touches. The 2016 NFL rushing champion has had his most productive two-game stretch of the season, and it is due to Cooper.

"I think you've got to give some credit to Amari Cooper," Jones said. "I think they're aware of it. They know he's out there. They're having to back in to him on double coverage quite a bit, and I just think that it's certainly loosening up, the defenses that we're seeing, in terms of the number of players in the box, those type of things."

While Cooper has been drawing attention away, Elliott has been maximizing his opportunities.

Said Jones: "We've seen some big, big plays on short check downs, on screens, on things of that nature to Zeke. He's making some big yardage and some big plays on those type of things. At the end of the day when you have a player with the explosiveness and the respect people have for Amari Cooper, I think you have to give him some credit."

The Cowboys sent their 2019 first-round pick to the Oakland Raiders for the 24-year-old from Alabama, who has earned two Pro Bowl selections in his three previous seasons in the NFL.

As the Cowboys at 5-5 prepare for a Thanksgiving showdown with Washington and aim to wrest control of the NFC East as part of a long march towards the playoffs, Jones acknowledges there is still more production coach Jason Garrett and offensive coordinator Scott Linehan need to get out of Cooper and the rest of the offense.

"I think Scott has done a great job with him," said Jones. "He's just come into the building, so I think it's a work in progress. But I do think when you have receivers like these type of players, you've got to continue to work to get them the ball. That's why we gave up a number one pick for him and certainly why we are ultimately, he's 24 years old, have a big contract coming his way."