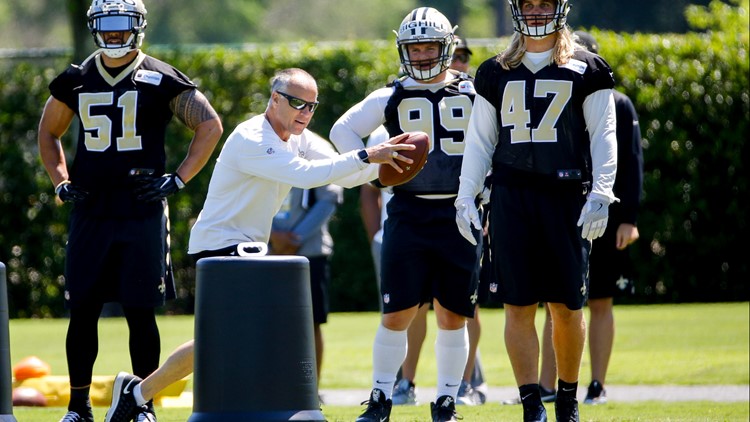 When the Dallas Cowboys hired Mike McCarthy as coach, the organization brought Mike Nolan on board as their new defensive coordinator.

The hire wasn't a great one, great meaning "unusual or considerable in degree, power, intensity, etc," if you’re going by the dictionary’s take on the matter.

Marvin Lewis did it before him, Rex Ryan, Greg Mattison, Dean Pees all did it after Nolan was in Baltimore. As a defensive coordinator, his units have finished 20th or worse in yards per game six times compared to the five times they finished in the top-10, and his last coordinator job in Atlanta saw the Falcons finish 32nd.

Dallas didn't hire Jim Johnson, Dick LeBeau, Wade Phillips, Romeo Crennel, Gregg Williams, Pees, Ryan, or any one of the contemporaries of Nolan who have achieved more in their careers.

However, as true as that may be, there is still a shot for the defense to be successful under Nolan. It may be for just a season, possibly two, but it is still very possible. The Cowboys have a small aperture of opportunity.

Among Nolan's six defenses to finish in the top-10 in yards, four of those years occurred in his first season as defensive coordinator ('93 Giants, '10 Dolphins, '09 Broncos, '00 Jets). The '12 Falcons are worth mentioning, even though they finished 24th overall, the worst of his first seasons with a team, because Atlanta finished No. 5 in points allowed.

Aside from Nolan's first ever season as a defensive coordinator with New York in 1993, that points allowed mark with the Falcons is his best ever — regardless of what year it was to coordinate the defense.

The '12 Falcons are also germane to the discussion because they finished fifth in takeaways with 31. Atlanta reached the NFC Championship Game that season, and the offense was part of the neutralizing factor for Nolan's defense giving up so many yards. The Falcons offense finished eighth in the NFL, which offset the defense being 24th overall.

Factor in the offense finishing seventh in turnovers and the defense fifth in takeaways, and then the same placements with regards to points for and points against, and the Falcons were able to achieve the No. 1 seed in the conference.

That configuration was enough of a boost to make Week 17 versus the Carolina Panthers meaningful as a win would have delivered Atlanta the NFC South. The Falcons lost the turnover battle 3-0, the game 34-3, a playoff spot, and Mike Smith and the coaching staff their jobs.

In the aftermath, Nolan took a job as a linebackers coach for the San Diego Chargers, was out of football for a year, and has been coaching linebackers in New Orleans from 2017-19.

Like Atlanta, Nolan is going to have a potent offense complementing his defense. If new special teams coordinator John Fassel can find the hidden yardage and free possessions in the transition phase of the game, that is also going to help Nolan's defense look better.

The real stats that are going to determine the success of Nolan's defense in Dallas aren't yards; they're turnovers and points allowed. If, like the '12 Falcons, Nolan can get the defense to produce takeaways, it will give the offense more opportunities. If Nolan can get the defense to render opponents' drives inefficient with few points produced, it will put less pressure on the offense to take control of games, but rather focus on managing games.

Understandably, two of Nolan's best seasons as a defensive coordinator were with the Ravens. In 2003, Baltimore finished in the top-10 in yards, points, and takeaways, and they did it again in 2004. However, he had Lewis, Reed, Peter Boulware, Chris McAlister, and Terrell Suggs to work with.

One of Nolan’s better coaching jobs came in 2009, his first year with the Denver Broncos under rookie coach Josh McDaniels. There was no offense to bail out Nolan's defense as McDaniels was part of the reason the organization traded Jay Cutler for Kyle Orton. Receiver Brandon Marshall was on the team, and he made a Pro Bowl that season, but that was about all the team got from the offense.

Nolan got the defense to finish seventh in yards, 12th in points allowed, and ninth in takeaways. The club started 6-0, but faded to an 8-8 finish probably because they didn't have an offense. Nolan's defense produced three Pro Bowlers that year in edge rusher Elvis Dumervil, cornerback Champ Bailey, and safety Brian Dawkins.

Just based on who is under contract, Nolan is going to have enough to work with in defensive end DeMarcus Lawrence, linebackers Jaylon Smith and Leighton Vander Esch, and cornerback Jourdan Lewis. If Dallas makes the correct moves in free agency and the draft, they could give Nolan plenty of pieces to have a successful first year.

The staff under Nolan is also a key element to how the Cowboys can have success in his first season. New defensive line coach Jim Tomsula helped develop defensive ends Justin Smith and Aldon Smith into Pro Bowlers in San Francisco, and Jonathan Allen and Matthew Ioannidis each produced 7.0-plus sack seasons their past two years in Washington, where Tomsula has been since 2017.

Furthermore, any position coach that survives three different coaching regimes, as Tomsula did with the 49ers when he was defensive line coach from 2007-14, indicates the coach is good at his job.

Long-term, Nolan isn't in the mold of a Dom Capers that the organization can leave alone for a few seasons and constantly churn out dominant seasons. However, he has every opportunity for success that he has had in his other meritorious stops along the way. The window for Nolan to have a successful defense is limited, which puts added emphasis on the organization to surround him with the best pieces this offseason.

Do you think the Cowboys defense will improve in 2020 under the tutelage of Mike Nolan? Share your thoughts on the new coaches with Mark on Twitter @therealmarklane.

Prescott's price going up as the Cowboys wait