The Dallas Cowboys haven’t been able to get an extension finalized with Dak Prescott and, with the 2020 season possibly disjointed, they could look to aim for 2021

The Dallas Cowboys’ offseason, like most NFL teams, has been interrupted by the COVID-19 virus that has put a halt on day-to-day routine across the globe. In response, the league has approved a virtual offseason for workouts and minicamps.

With no firm end to the shelter-in-place/quarantines, it does seem possible that the NFL could join other sports in 2020 with a modified or shortened season. Given the current state of the virus in the United States, could the Cowboys be softening on a conceivably compromised 2020 schedule so they can load up for the 2021 season?

It might seem crazy, but, if the Cowboys feel this season won’t go on as normal, why not build for 2021 and beyond?

Looking toward 2021 might explain their delay in getting quarterback Dak Prescott signed to a long-term extension.

What’s the rush in getting a deal done if they aren’t going to be playing a full slate of games this year? If there’s not going to be a normal 2020 season, why waste one of those extra years they are fighting in contract negotiations on a short season?

The Joneses approach could include having Prescott play on the franchise tag this season and then give him a long-term deal next year for the four years extra that Prescott and his team covets. This would equal the five years, at a minimum, that the team had in mind when outlining a contract for their franchise QB.

There is almost no downside to this approach. Prescott isn’t going to skip on the $30+ million and not play, so the Cowboys still get their QB on the field in 2020.

The possibly scuffed schedule would also mitigate the uglier aspects of the franchise tag such as Dak skipping out on any training that the Cowboys are able to do – virtual or otherwise  – as he’s technically not under contract.

The free agency decisions made by the Cowboys could also be viewed as having an eye toward 2021.

Currently, the team has just over $17 million remaining in salary cap space. The team still has needs and they have players that they could ask to take a pay cut or just release in order to create more cap space to gear up for 2020. Yet that hasn’t happened, maybe because it could affect their dead money in 2021.

There are also free agent players who can help that remain available, but the Cowboys don’t seem to be interested. Perhaps the reason is the team wants to roll as much money into their 2021 cap as possible, which would certainly help in signing Prescott to a long-term contract.

The draft is just about a week away, which is another place the Cowboys can build towards 2021. They are already looking at possibly two third-round compensatory selections with the losses of CB Byron Jones and DE Robert Quinn, and the 2020 draft class would have a year of development under its belt if Dallas thinks 2021 is a more realistic target to try to put out a serious contender.

Dallas’ first-rounder, pick No. 17, is beginning to feel a little like no man’s land for Dallas in terms of finding an impact, day one starter for 2020, so trading back and adding draft picks later in this draft or for 2021 remains a strong possibility. Jones is known as ‘Trader Jerry’ for a reason and it wouldn’t be surprising to see the Cowboys deal multiple picks in this draft for selections later.

If punting on the 2020 season is in their line of thinking, no one on the Cowboys has shown it. This is, of course, pure speculation and it would be extremely difficult to prove if any team has ideas on building towards 2021 when the upcoming season still has plans of going on with a full slate.

Admitting something like this was even a plan might be cause for a revolt inside the fan base. And it seems unlikely that Jerry Jones would ever sign off on a season of rebuilding, even in these strange times. However, the teams that are preparing for the possibility that things won’t be normal for the 2020 season, could have an edge in future seasons.

It’s all hypothetical at this point, but anything is possible. It’s a humongous “what if,” but it could be a “what if” that pays off for the Cowboys.

If you were the Cowboys, would you have an eye towards 2021 or would you go all out to try to make things work in 2020 despite a shaky national timeline? Share your thoughts with Ben on Twitter @BenGrimaldi. 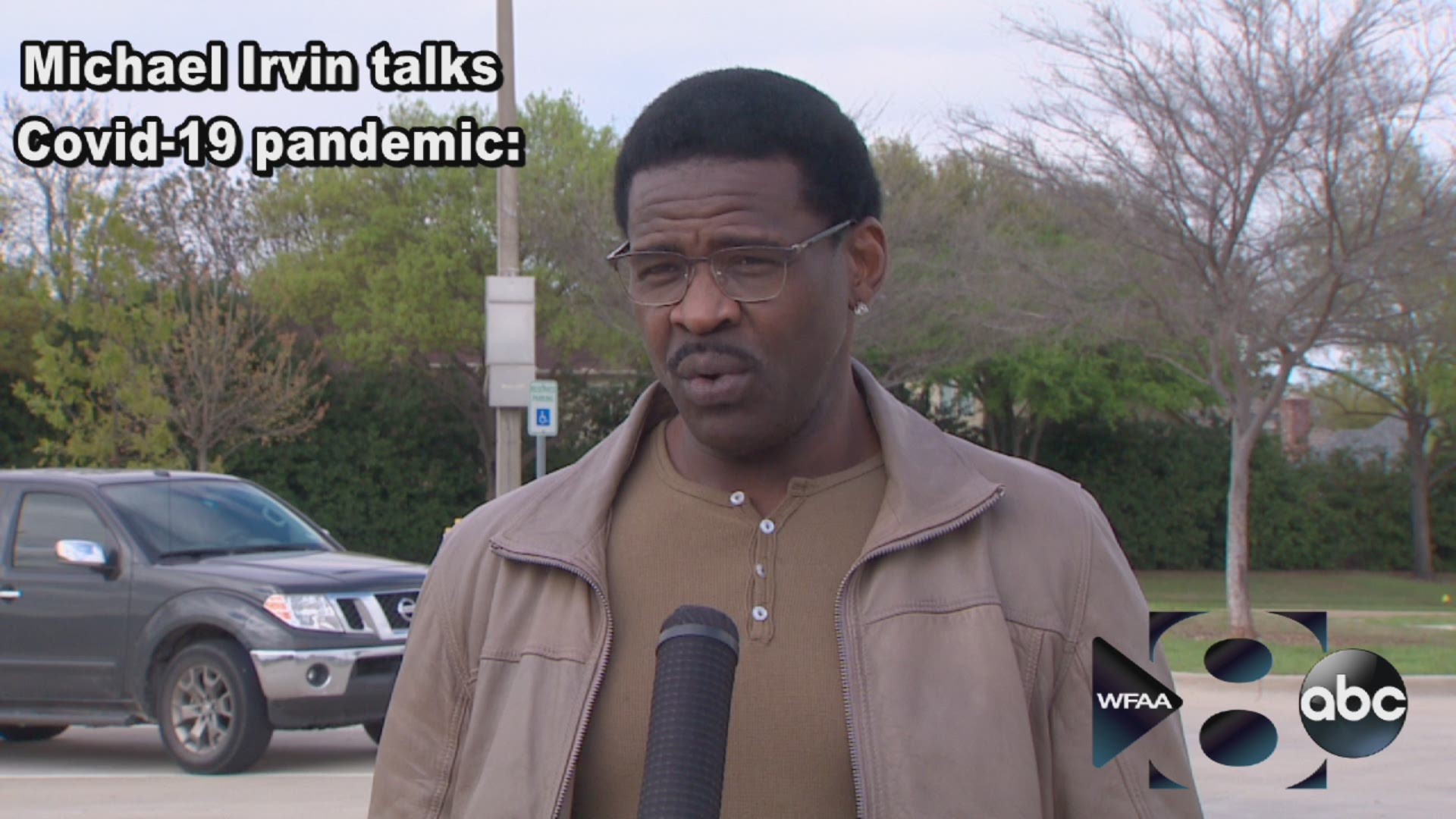