Dale Hansen commentary: We couldn't even make it a month in Texas without another mass shooting

Texas state Rep. Matt Schaefer says gun laws don't work because bad people would still do bad things. So why do we have any laws? 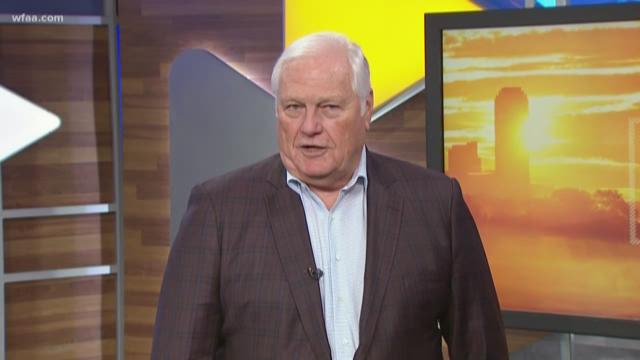 And El Paso Eastwood, playing Plano senior high Thursday at the Dallas Cowboys star in Frisco, is one of those games.

We're televising that game because of the shooting in El Paso last month, and yet we couldn't even make it a month in Texas before we had another mass shooting.

There were 22 killed in El Paso, seven in Odessa, and there's just nothing we can do.

A member of the Texas house, Matt Schaefer says he knows what he will not do. He will not take away a Texan's God-given right to own a gun. God cared so much about that, it was only thirteen-hundred years, A.D., before the gun was invented.

Maybe if Adam had a gun, he wouldn't have eaten the fruit. Schaefer says these gun laws don't work because bad people would still do bad things.

But gun laws don't work. More than 90 percent of Americans think we can do more, except the people we pay to do that.