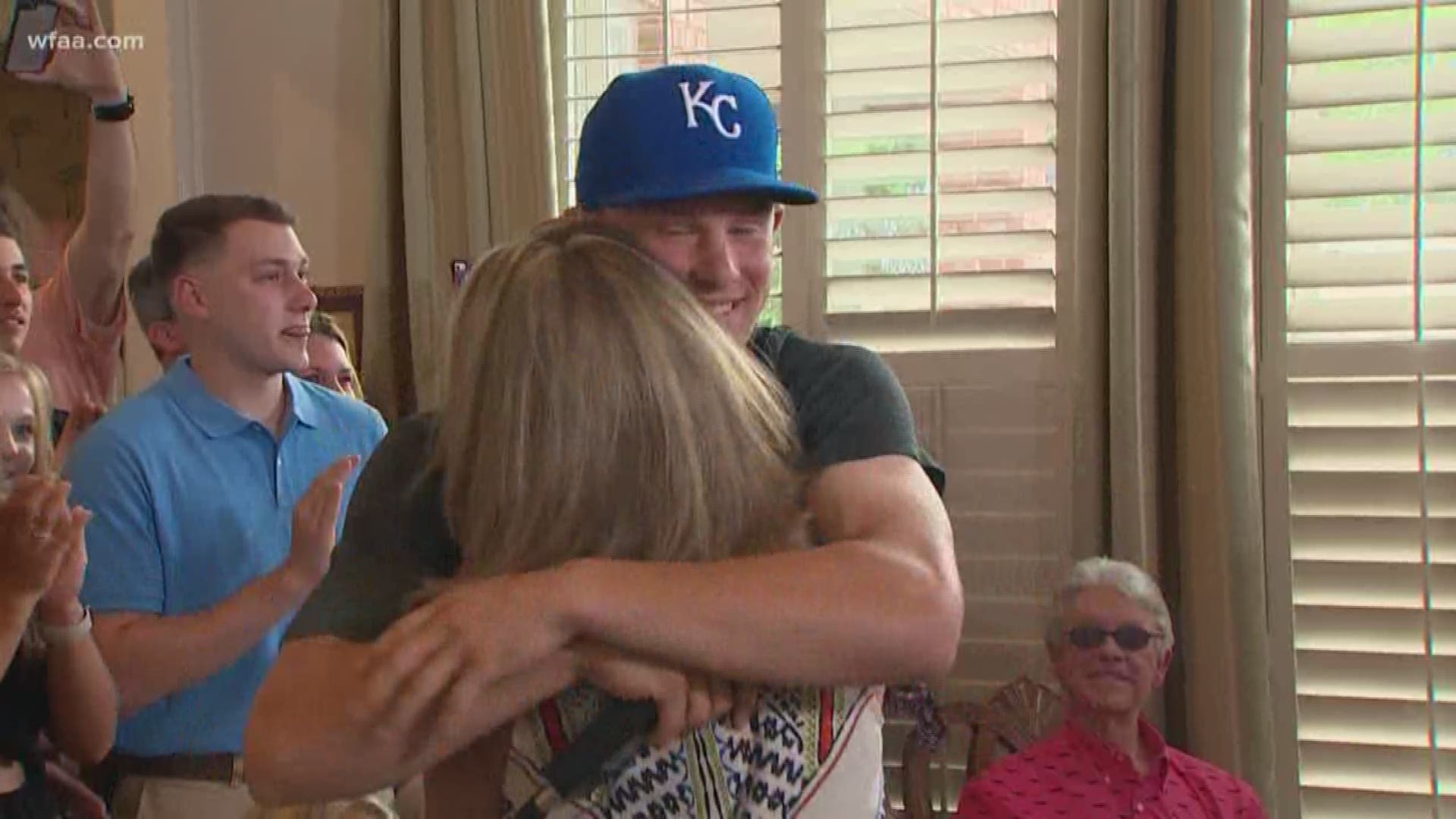 Witt Jr. was picked second overall in Monday night’s Major League Baseball Draft by the Kansas City Royals. The Colleyville Heritage product is the son of Bobby Witt Sr., who was chosen third overall by the Texas Rangers in 1986 and played with them and six other teams until retiring in 2001.

Witt Jr. was named Gatorade National High School Baseball Player of the Year in late May after hitting over .500 for the season and helping Colleyville Heritage to the state tournament.

Should Witt Jr. decide not to sign with the Royals, he is committed to play baseball at the University of Oklahoma.