"Timing is everything. There were a lot of happy accidents along the way that made this possible." - CM Punk on return to AEW, professional wrestling. 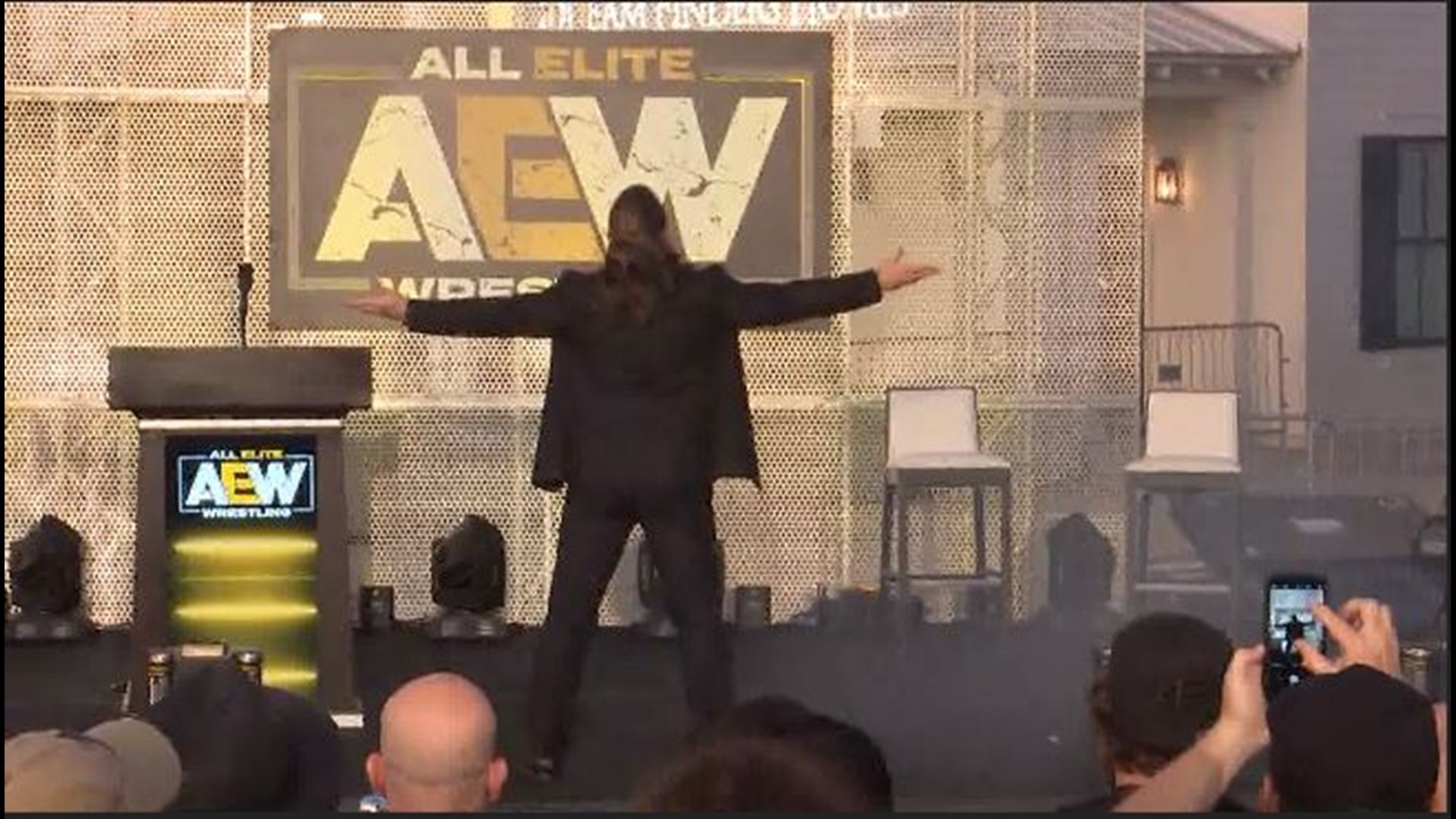 Ask any fan of professional wrestling when the industry was at its peak, they’ll respond with one of two answers, and both overlapped in the mid-to-late 90’s: The Attitude Era or the Monday Night Wars.

Now more than two decades later, fans just may have Monday Night Wars 2.0 on their hands and Jacksonville is smack in the middle of it.

It was January 2019 when Tony Khan, son of Jacksonville Jaguars owner Shad Khan, fired the first shot in this now blossoming rivalry with World Wrestling Entertainment. The WWE was in Jacksonville for “Smackdown” at the Vystar Veterans Arena when unbeknownst to WWE Chairman Vince McMahon and the rest of the wrestling world, Tony Khan announced the launch of his own pro wrestling brand: All Elite Wrestling.

And he did so with the help of a key figure of those Monday Night Wars: Chris Jericho.

Jericho, or Y2J, defected from WCW to what was then the WWF back in 1999. He made a splashy debut with The Rock, and Jericho and the WWE never looked back. Just two years later, McMahon bought WCW and Jericho became the first ever undisputed Champion as the two biggest brands in wrestling merged.

Fast forward to to January 2019, and now here was Jericho essentially defecting again - this time to AEW. But while one big name from wrestling’s glory days gave Khan and AEW instant credibility, it wasn’t recognized as a legitimate threat to the WWE’s de-facto monopoly on sports entertainment in the U.S.

But that has all changed now that AEW has added CM Punk to its roster. Friday night, the former WWE star made his first appearance in a wrestling ring since 2014.

If you’re a casual observer of pop culture, you may not recognize his name. He’s not a mainstream celebrity like John Cena and The Rock. But for the past decade, CM Punk has been the darling of die-hard wrestling fans. He’s perhaps best known for his infamous “pipe bomb” promo, where he blurred the lines of what was part of the show (known as a “work” in wrestling) —and what was actually true (known as a “shoot”) — as he went off script, airing out his many grievances with the WWE on live television. Punk’s frustration with Vince McMahon and the WWE reached a boiling point in 2014, and the Chicago native did what Michael Jordan did during his prime with the Bulls and walked away at the height of his popularity.

Fans were outraged, sporadically chanting CM Punk’s name in unison during live WWE events for more than a year after his departure.

But now, after 7 years of waiting, CM Punk is back - this time with AEW, and the WWE appears to be taking notice.

And that’s where Jacksonville comes into play.

As mentioned earlier, it was in Jacksonville where the AEW first announced itself to the world. During the pandemic, when travel was restricted and crowds were kept out of arenas, AEW taped all its shows at Daily’s Place. Chris Jericho worked there. Wrestling icon Sting worked there. Even NBA hall of famer Shaquille O’Neal made an in-ring appearance for AEW in Jacksonville. As lockdowns were lifted, it was AEW, not WWE (which was doing its tapings in Orlando) that first allowed fans to return, but continued to keep its shows in Jacksonville.

Now with arenas at full capacity, the AEW is finally hitting the road again, and right on cue, the WWE is coming to Jacksonville.

Friday, September 3, WWE brings Smackdown to the Vystar Veterans Memorial Arena.. The event will be nationally broadcast on Fox.

Sunday, September 5, CM Punk will have his first match in 7 years live on AEW’s “All Out” pay-per-view in Chicago.

Will Punk’s return and AEW’s emergence reignite the wrestling industry? Time will tell. But one thing is for certain: Jacksonville will be brought along for the ride.

Greg Leuthen is an executive producer at First Coast News