In an event she tried for the first time just five months ago, Brewer has rapidly become the best in the country. 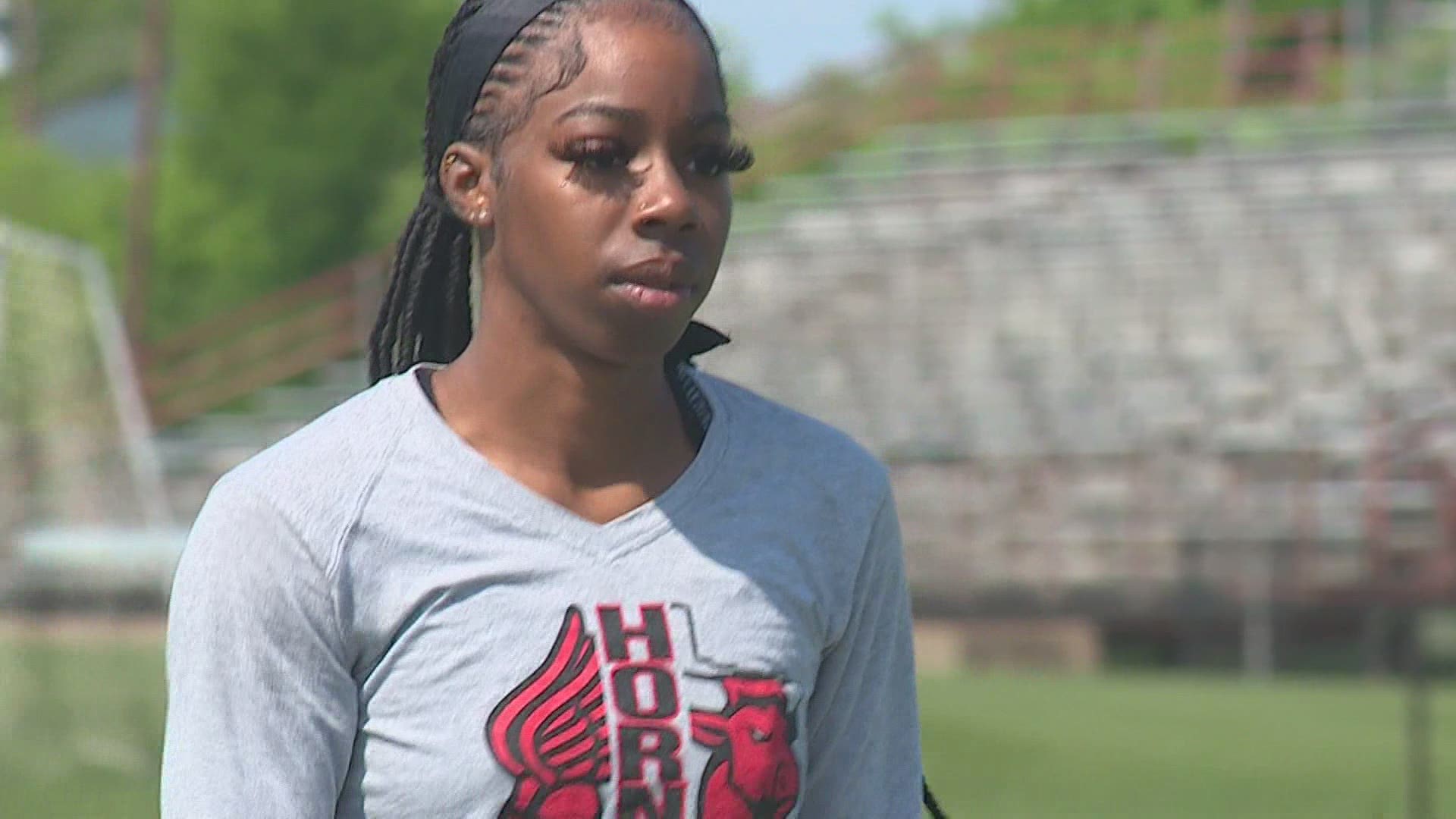 And man, can she jump.

Brewer has been one of the top long jumpers in the area of the last couple years, as she's put together an impressive track and field career at Cedar Hill High School.

But this past winter, she took up a second event. The triple-jump.

"My jump coach was like, if you want to go to college, you have to do triple-jump and long jump," said Brewer.

All her coaches agreed.

"In order to get into school, to get the money that you want, you're going to have to do more than one event," Cedar Hill head track coach Jason Reed said. "You have to be versatile. You can't just be a long jumper."

So, five months ago, Brewer began working on the triple jump with local coach Kenny Roseman.

And in no time flat, she's become the best triple-jumper in the country.

"Her first day, at triple-jump practice with Kenny, he sent me a video," Reed said. "And he said 'Coach, you told me this girl has never triple-jumped before.'  I said, 'Kenny, she hasn't'.  He said, 'Coach, this girl is gonna [sic] go over 40 feet.'"

That gives her the top mark for a high school girl anywhere in America, according to MileSplit.

And earlier this month, her plan to show that versatility paid dividends, as she earned a scholarship to Texas Tech.

"I just would never have thought that I'd be signing to Tech," Brewer said. "I'm very proud of myself, and everything that I've put in to get to this point."

Now, she is off to Regionals this weekend. State will follow, two weeks after that.

And then, who knows?

"She hasn't even reached her high point yet" Reed said. "I think she could potentially go 44'."

Let's be clear -- he's just talking about this year. There are still be leaps to come.