The Longhorn brand has remained the same, but the Horns have tweaked their approach to the postseason thanks to a lesson learned the hard way. 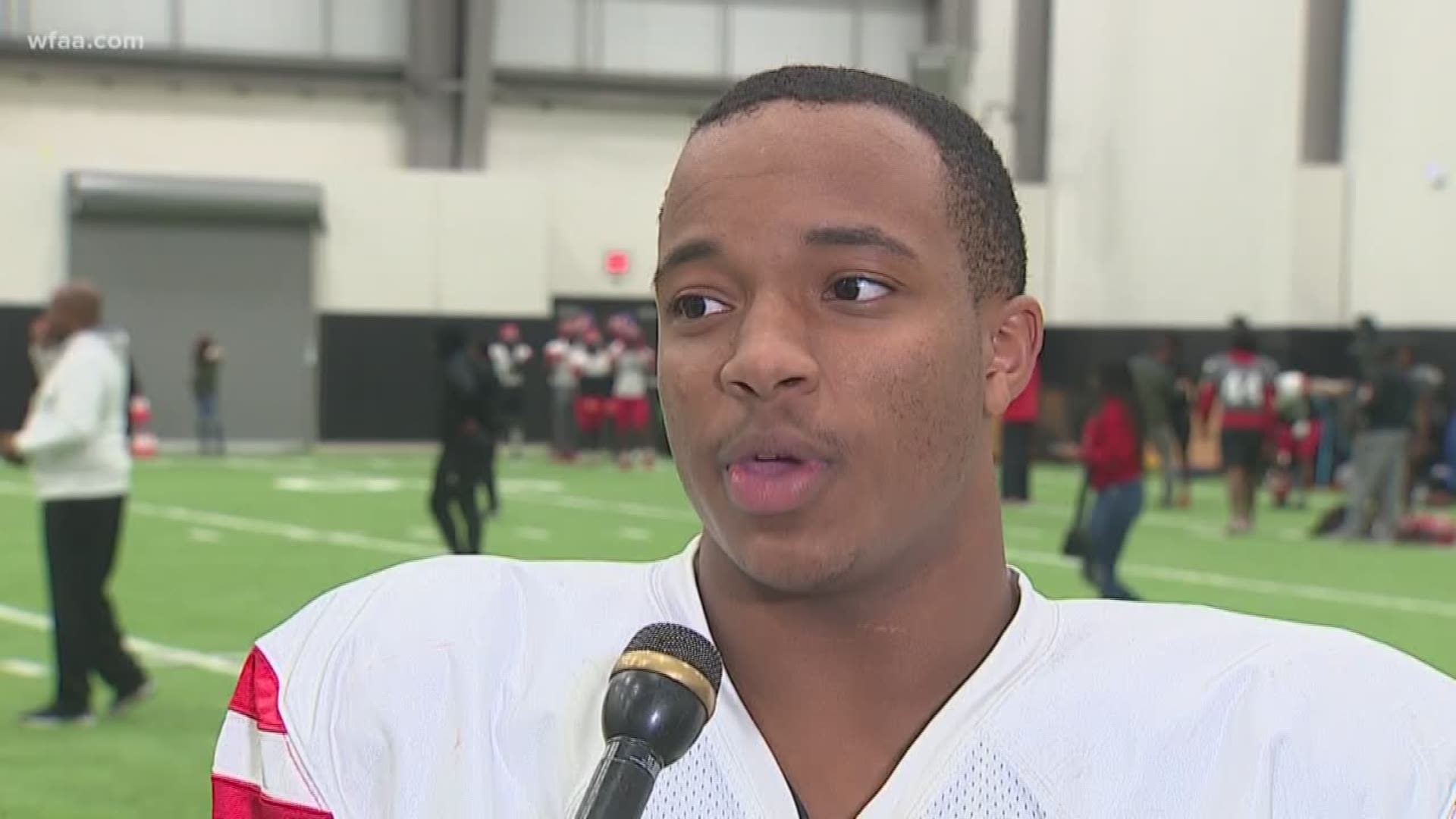 CEDAR HILL, Texas — Coming off a big rivalry win and entering the playoffs, Cedar Hill's living up to their motto: "TTHL" — Turn Those Horns Loose.

"That’s a brand, and you know at Cedar Hill we have to protect that brand,” said senior receiver Cameron Hutchings. "So no matter what we turn them Horns loose."

The Longhorn brand has remained the same, but the Horns have tweaked their approach to the postseason thanks to a lesson learned the hard way.

As a heavy favorite last season, Cedar Hill turned the ball over five times, losing to Richardson Pearce in their playoff opener.

"It just broke me down,” said Hutchings, "seeing the seniors from last year hurting because that was their last high school game that really hurt us."

As fate would have it, they'll square off again in the first round. The Horns are calling it their "Revenge Tour,” looking for redemption with that tough lesson learned under their belt.

"Never underestimate your opponent and make sure you fight everybody just like if you were playing Tom Brady and the Patriots,” is how Suggs described what he’d learned. "Play everybody the same."

Cedar Hill head coach Carlos Lynn said the loss caused him to reflect quite a bit on how he approached preparing his kids to play each week.

Despite having the option to host the game, Cedar Hill is deciding to play at a neutral site.

Coach Lynn is making a conscious effort to differentiate it from a regular-season game, a clear message to his players now that the single-elimination tournament is underway.

"It definitely has made us better in organizing and preparing mentally,” said Lynn, "just focusing and taking care of the things that we can control."

There no guarantee Cedar Hill will get their revenge. But this much is clear, they will be better prepared.